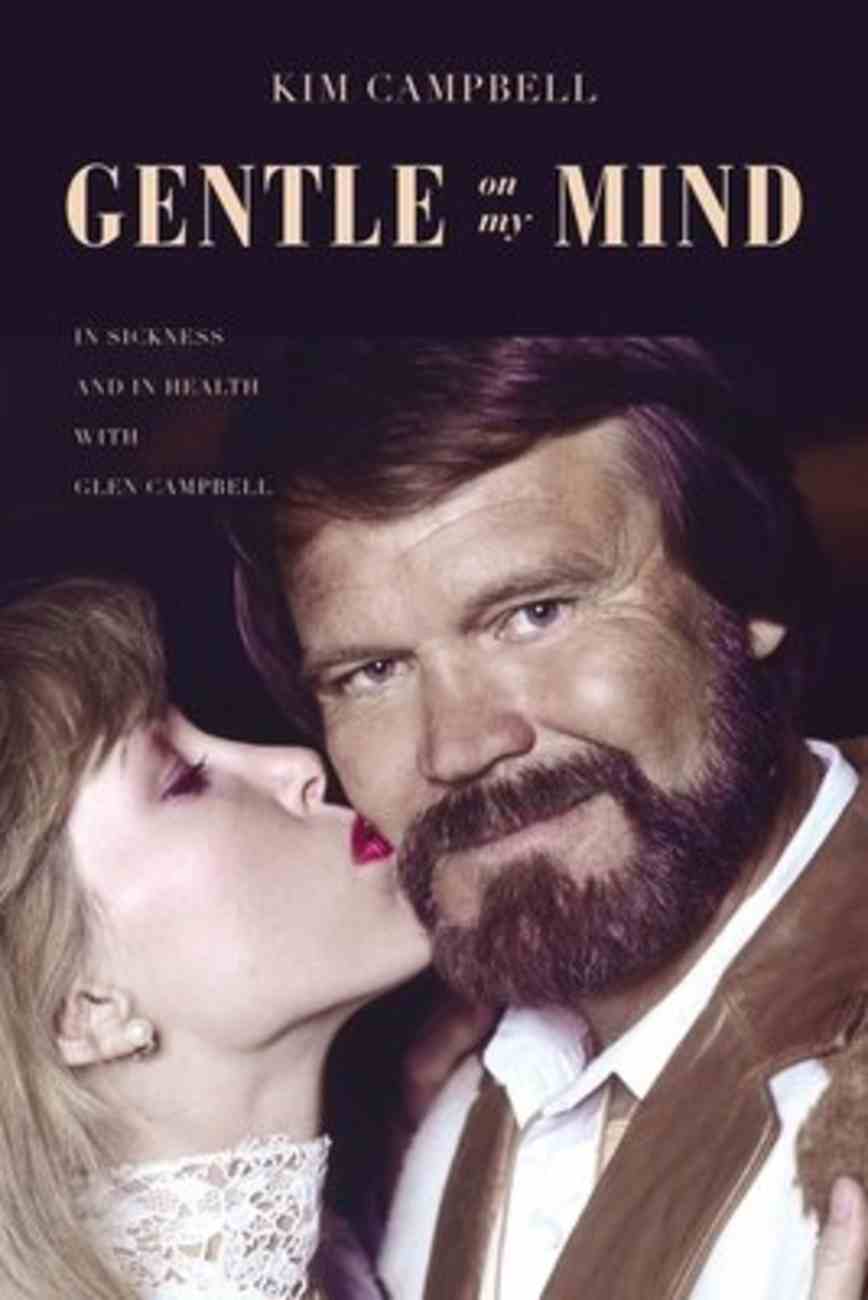 Gentle on My Mind: In Sickness and in Health With Glen Campbell

: The page-turning, never-before-told story of Kim Campbell's rollercoaster thirty-four-year marriage to music legend Glen Campbell, including how Kim helped Glen finally conquer his addictions only to face their greatest challenge when he was diagnosed with Alzheimer's disease. Kim...

32 available
Expected to ship on Monday from Australia.
Learn More
Free Shipping
for orders over $99.

What Are the Odds?: From Crack Addict to Ceo
Mike Lindell
Paperback

On Pills and Needles: The Relentless Fight to Save My Son From Opioid Addiction
Rick Van Warner
Paperback

I Only Spit in Brooklyn: Breaking Free From the Underworld
Ronn Costabile
Paperback

A Prayer For Orion: A Son's Addiction and a Mother's Love
Katherine James
Paperback

:
The page-turning, never-before-told story of Kim Campbell's rollercoaster thirty-four-year marriage to music legend Glen Campbell, including how Kim helped Glen finally conquer his addictions only to face their greatest challenge when he was diagnosed with Alzheimer's disease.


Kim Campbell was a fresh-faced twenty-one-year-old dancer at Radio City Music Hall when a friend introduced her to Glen Campbell, the chart-topping, Grammy-winning, Oscar-nominated entertainer. The two performers from small Southern towns quickly fell in love, a bond that produced a thirty-four-year marriage and three children.


Now Campbell tells the complete, no-holds-barred story of their relationship, recounting the highest of highs--number one hits, acclaimed performances, the birth of their children, encounters with Mick Fleetwood, Waylon Jennings, Alan Jackson, Alice Cooper, Jane Seymour, and others--and the lowest of lows, including battles with alcohol and drug addiction and, finally, Glen's diagnosis, decline, and death from Alzeheimer's.


With extraordinary candor and astonishing bravery, Kim Campbell reveals the whole truth of life with an entertainment giant and of caring for and loving him amid the extraordinary challenge of Alzheimer's disease. This is a remarkable account of enduring love, quiet strength, and never-faltering faith.

Kim Campbell was married to legendary country/pop star Glen Campbell for thirty-four years until his passing in August of 2017, following a long and very public battle with Alzheimer's. The award-winning documentary, Glen Campbell: I'll Be Me, shared their family's journey with the world and opened up a national conversation about the disease. Kim's work as an advocate for people with dementia and for their families has taken her to Capitol Hill and the United Nations, and she is the creator of a website called CareLiving.org that encourages, informs, and inspires caregivers to take care of themselves while caring for others. She also established the Kim and Glen Campbell Foundation to advance the use of music as medicine to unlock forgotten memories, restore and rebuild neural pathways, alleviate depression, manage behaviors and boost cognition. Kim is an honorary faculty member of the Erickson school of Aging Studies, University of Maryland, Baltimore County, holds a BFA from East Carolina University, and studied interior design at UCLA. To book Kim for speaking engagements, go to apbspeakers.com.nbsp;XX