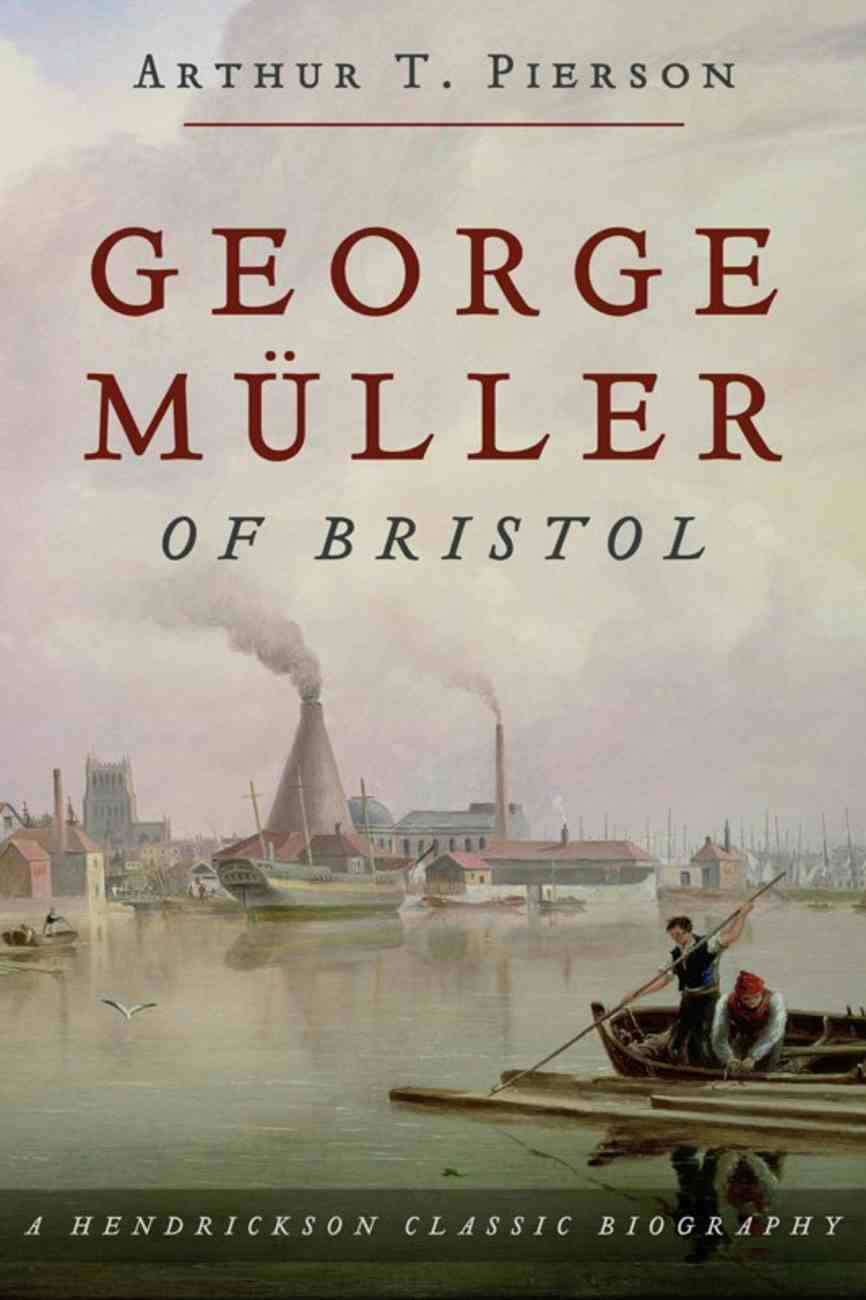 George M'ller's life may be described as a primer on the miracle of answered prayer. When M'ller felt called by God to care for orphans, he had only a few cents in his pocket. Without ever asking anyone other...

George M'ller's life may be described as a primer on the miracle of answered prayer.


When M'ller felt called by God to care for orphans, he had only a few cents in his pocket. Without ever asking anyone other than God, he received over $7,200,000 dollars (in 1800's money) through prayer alone. M'ller established Orphanages in Bristol, England, and founded the "Scriptural Knowledge Institution for Home and Abroad," the object of which was to aid Christian day-schools, to assist missionaries, and to circulate the Scriptures. His life was characterized by prayer, faith, and self-denial in the cause of Christ. During his lifetime, he established 117 schools which educated more than 120,000 young persons, including orphans.


From the age of seventy until ninety, Mr. M'ller began to make great evangelistic tours. He traveled 200,000 miles, going around the world and preaching in many lands and in several different languages.


This classic biography of George M'ller tells of his dependence on prayer and his compassionate concern for orphans in Bristol, England. George M'ller (1805-1898) was well-known for his constant faith in God and for providing an education to the children under his care, to the point where he was accused of raising the poor above their natural station in life. M'ller left a charitable legacy that continues to this day.


George M'ller of Bristol was written the year after M'ller's death by his close friend, Arthur T. Pierson, an American preacher and evangelist.

Arthur T. Pierson (1837-1911) served prominent pulpit both in America and Great Britain, preaching for two years at the Metropolitan Tabernacle following C. H. Spurgeon's death. He lectured at Moody Bible Institute, Chicago, Illinois, and at Pierson Bible Institute in Seoul, Korea. He was one of the few Americans to speak at England's Keswick conferences. A consulting editor to the Scofield Reference Bible, he was also a contributor to the classic work The Fundamentals.