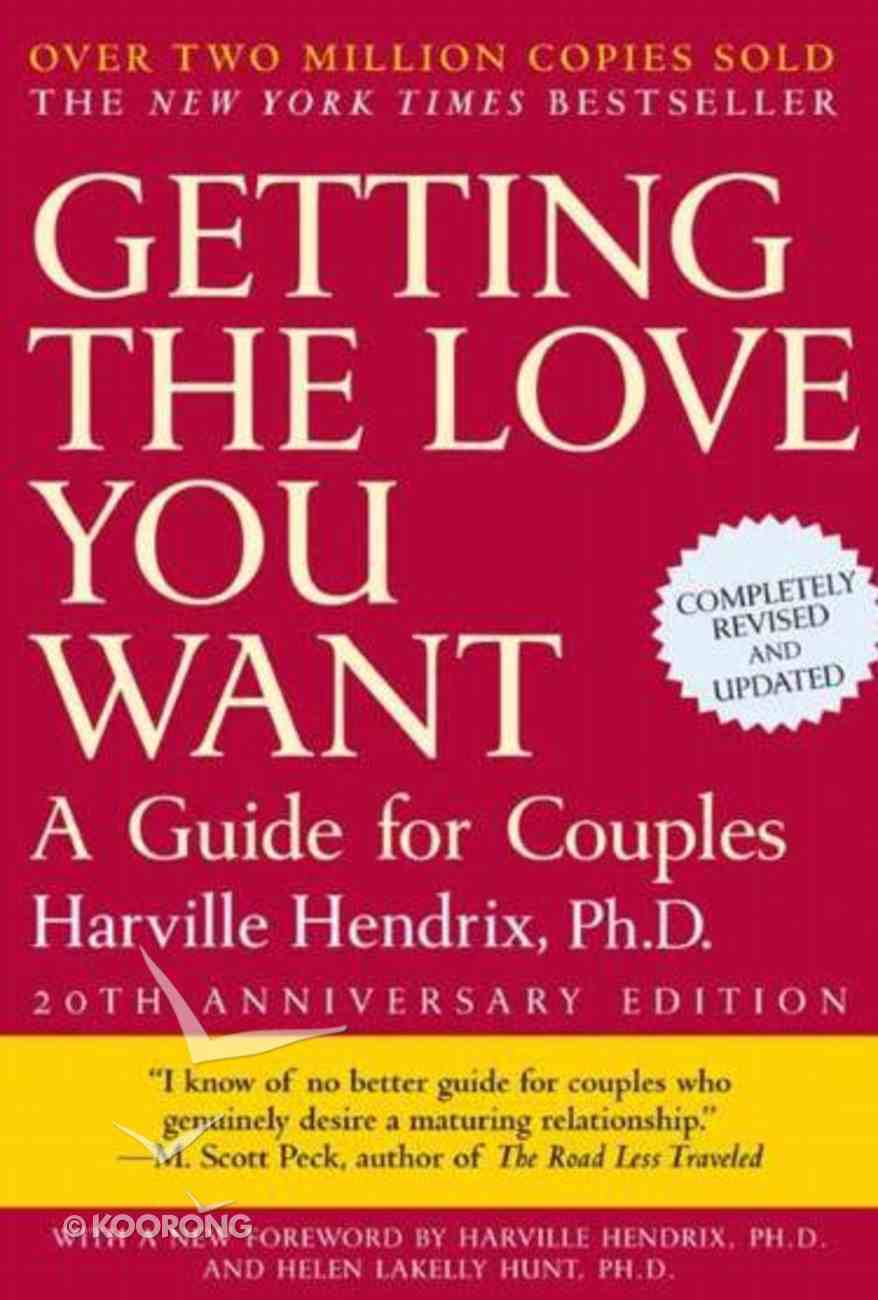 Getting the Love You Want: A Guide For Couples

The bestselling guide to transforming an intimate relationship into a lasting source of love and companionship, revised and with a new afterword In Getting the Love You Want, Dr. Harville Hendrix presents the relationship skills that have helped hundreds of...

I Only Want to Get Married Once
Chana Levitan
eBook

The bestselling guide to transforming an intimate relationship into a lasting source of love and companionship, revised and with a new afterword In Getting the Love You Want, Dr. Harville Hendrix presents the relationship skills that have helped hundreds of thousands of couples replace confrontation and criticism with a process of mutual support that facilitates healing and growth. This extraordinary practical guide describes the revolutionary technique of Imago Relationship Therapy, which combines a number of disciplines--including the behavioral sciences, depth psychology, social learning theory, Gestalt therapy, and interpersonal neurosciences, among others--to create a program that transforms conflict into creative tension that deepens connection and renews passion. In a new chapter and afterword, we learn the key ways in which Imago Therapy--now practiced by more than two thousand therapists worldwide--has evolved since its inception. One development lies in Hendrix's discovery that helping couples express their anger merely reinforces negative and critical thought patterns rather than defusing them, so today's Imago therapists have shifted focus toward helping couples eliminate all negativity from their daily interactions. This fundamental change has proven invaluable in couples therapy, and the importance of eliminating negativity has been integrated throughout the text, allowing readers of the 2008 edition to benefit from Hendrix's ongoing discoveries during his last two decades of work.
-Publisher

REVISED AND WITH A NEW FOREWORD


ARE YOU GETTING THE LOVE YOU WANT?


Originally published in 1988,Getting the Love You Wanthas helped millions of couples attain more loving, supportive, and deeply satisfying relationships. The 20th anniversary edition contains extensive revisions to this groundbreaking book, with a new chapter, new exercises, and a foreword detailing Dr. Hendrix's updated philosophy for eliminating allnegativity from couples' daily interactions, allowing readers of the 2008 edition to benefit from his ongoing discoveries during his last two decades of work.


Harville Hendrix, Ph.D., in partnership with his wife, Helen LaKelly Hunt, PhD., originated Imago Relationship Therapy, a unique healing process for couples, prospective couples, and parents. Together they have more than thirty years' experience as educators and therapists and their work has been translated into more than 50 languages, with Imago practiced by two thousand therapists worldwide. Harville and Helen have six children and live in New York and New Mexico.