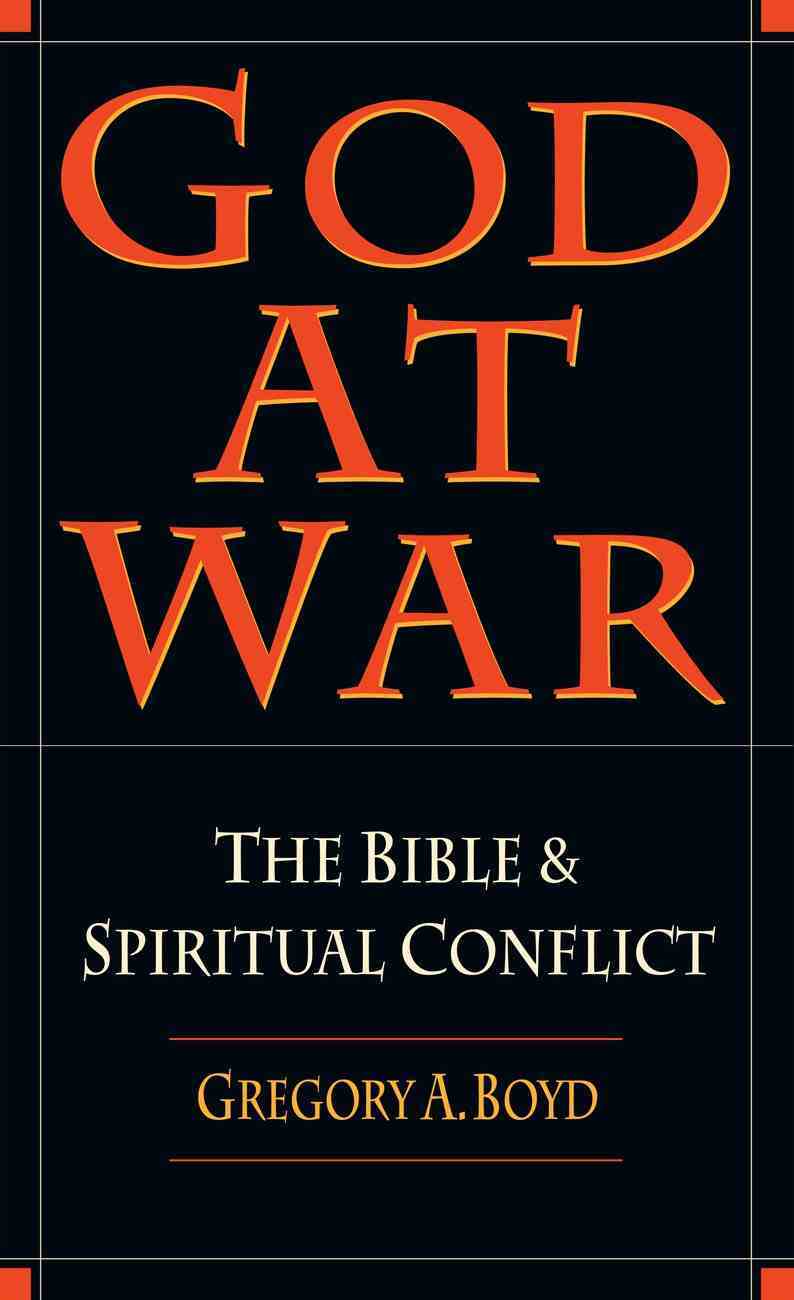 Gregory BoydThrough a close reading of both Old and New Testaments, Boyd sets forth theBiblical view of spiritual conflict: evil is to be expected in the world, and weought to fight to overcome it. 350 pages, from IVP.

Satan and the Problem of Evil
Gregory A Boyd
Paperback

Across the Spectrum
Gregory A Boyd, Paul R Eddy
eBook

Gregory BoydThrough a close reading of both Old and New Testaments, Boyd sets forth theBiblical view of spiritual conflict: evil is to be expected in the world, and weought to fight to overcome it. 350 pages, from IVP.

Modern Christians are often baffled by the problem of evil, frequently attributing pain and suffering to some mysterious "good" purposes of God. Gregory Boyd instead declares that biblical writers did not try to intellectually understand evil but rather grappled to overcome it.
-Publisher

In this bold and compelling work, Gregory Boyd undertakes to reframe the central issues of Christian theodicy. By Boyd's estimate, theologians still draw too heavily on Augustine's response to the problem of evil, attributing pain and suffering to the mysterious "good" purposes of God.Accordingly, modern Christians are inclined not to expect evil and so are baffled but resigned when it occurs. New Testament writers, on the other hand, were inclined to expect evil and fight against it. Modern Christians attempt to intellectually understand evil, whereas New Testament writers grappled with overcoming evil.Through a close and sophisticated reading of both Old and New Testaments, Boyd argues that Satan has been in an age-long (but not eternal) battle against God, and that this conflict "is a major dimension of the ultimate canvas against which everything within the biblical narrative, from creation to the eschaton, is to be painted and therefore understood."No less edifying than it is provocative,God at Warwill reward the careful attention of scholars, pastors, students and educated laypersons alike.
-Publisher

Gregory A. Boyd (Ph.D., Princeton Theological Seminary) is a pastor at Woodland Hills Church in St. Paul, Minnesota. Previously, he was a professor of theology at Bethel College, also in St. Paul. His books include Cynic, Sage or Son of God?, Recovering the Real Jesus in an Age of Revisionist Replies, Letters from a Skeptic, God of the Possible, Repenting of Religion, Seeing is Believing, Escaping the Matrix, Is God to Blame?, and God at War and Satan and the Problem of Evil.