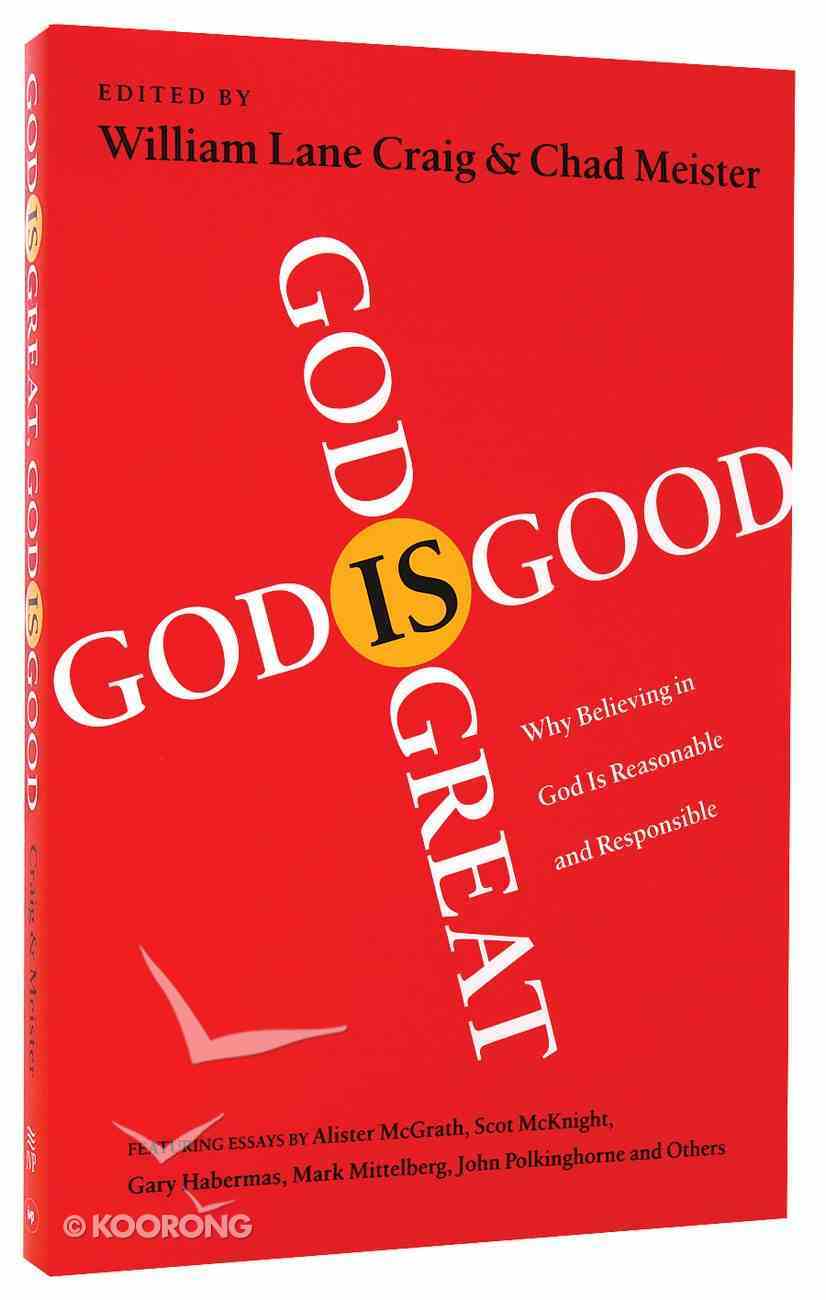 God is Great, God is Good

The days have passed when the goodness of God - indeed, the reality of God itself - could reasonably be called a consensus opinion. God's reputation has come under considerable review in recent days, with some going so far as...

Can We Still Believe in God?
Craig L Blomberg
eBook

If God, Then What?
Andrew Wilson
Paperback

The days have passed when the goodness of God - indeed, the reality of God itself - could reasonably be called a consensus opinion. God's reputation has come under considerable review in recent days, with some going so far as to say that it's not we who've made a mess of things. Instead whatever it is we call God is to blame.


^^^But is such an opinion really a fair assessment? In this magisterial collection, the contemporary complaints against belief in God are addressed with intellectual passion and rigor by some of the most astute theological and philosophical minds of the day: J. P. Moreland, Paul Moser, John Polkinghorne, Michael Behe, Michael J. Murray, Alister McGrath, Paul Copan, Jerry Walls, Charles Taliaferro, Scot McKnight, Gary Habermas, Mark Mittelberg.


^^^Including an interview by Gary Habermas with noted convert to theism Antony Flew, and a direct critical response to Richard Dawkins's God Delusion by Alvin Plantinga, God Is Great, God Is Good offers convincing and compelling reassurance that though the world has changed, God has not.^
-Publisher.


God Is Great, God Is Good : Why Believing in God Is Reasonable and Responsible
-Publisher

Chad Meister (Ph.D., Marquette University) is professor of philosophy at Bethel College in Mishawaka, Indiana. He was the former head of Defenders (now called Truthquest), an apologetics ministry at Willow Creek Community Church. While pursuing his Ph.D. in philosophy, Chad developed the Apologetics Pyramid method highlighted in his book, Building Belief. His other books include Introducing Philosophy of Religion; Reasons for Faith: Making a Case for the Christian Faith; Evil: A Guide for the Perplexed (Continuum) andChristian Thought: An Historical Introduction, co-authored with James Stump (Routledge)
Koorong - Editorial Review.