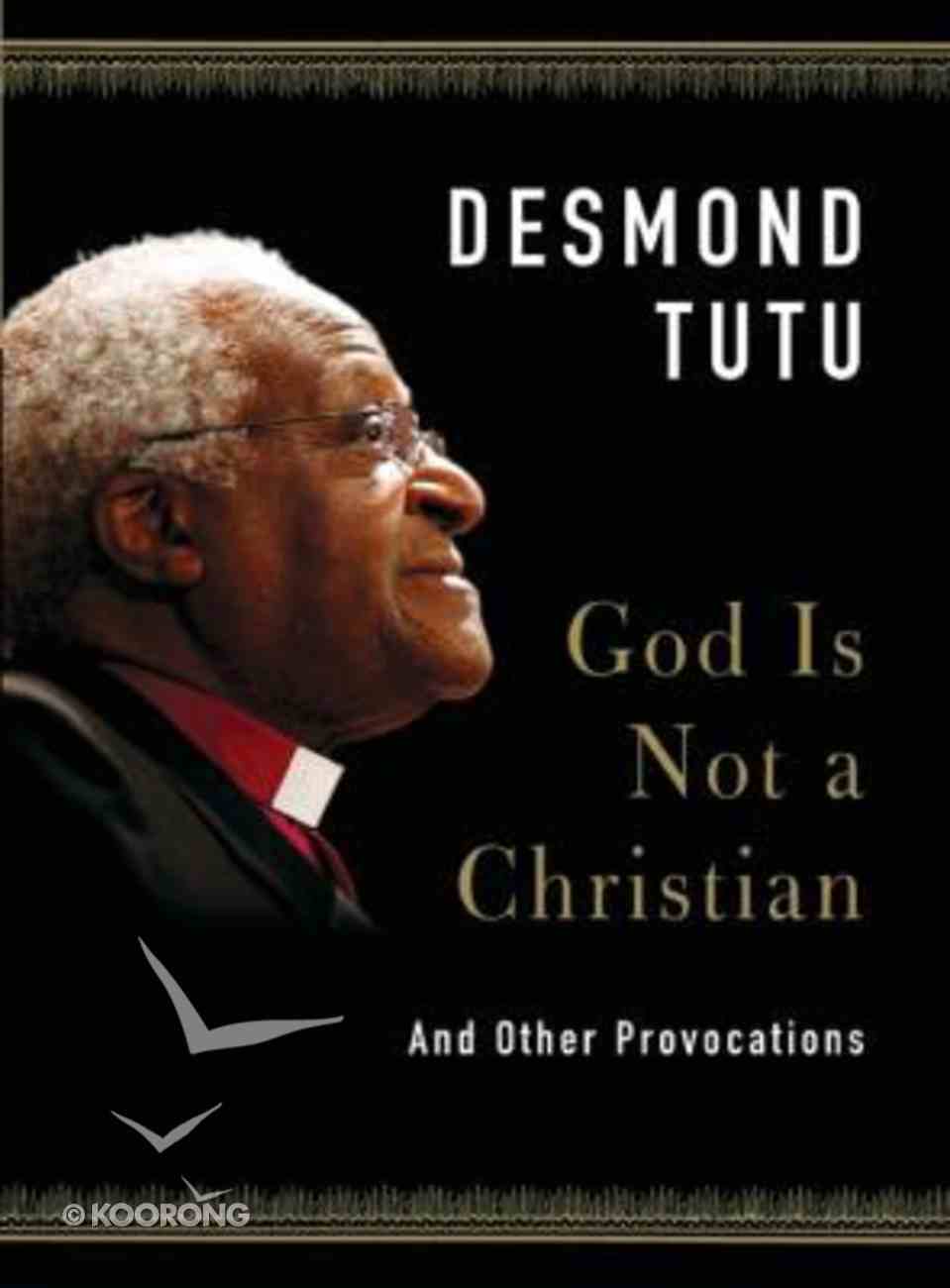 God is Not a Christian

aFor decades [Tutu] has been a moral titanaa voice of principle, an unrelenting champion of justice, and a dedicated peacemaker ... an outspoken voice for freedom and justice in countries across the globe; a staunch defender of the rights of...

Life is Not a Stage
Joel Brokaw, Florence Henderson
eBook

Killing Christians: Living the Faith Where It's Not Safe to Believe
Tom Doyle
Paperback

aFor decades [Tutu] has been a moral titanaa voice of principle, an unrelenting champion of justice, and a dedicated peacemaker ... an outspoken voice for freedom and justice in countries across the globe; a staunch defender of the rights of lesbian, gay, bisexual and transgender persons ...a
-Publisher

In this essential collection of Desmond Tutu's most historic and controversial speeches and writings, we witness his unique career of provoking the powerful and confronting the world in order to protect the oppressed, the poor, and other victims of injustice.


Renowned first for his courageous opposition to apartheid in South Africa, he and his ministry soon took on international dimensions. Rooted in his faith and in the values embodied in the African spirit of ubuntu, Tutu's uncompromising vision of a shared humanity has compelled him to speak out, even in the face of violent opposition and virulent criticism, against political injustice and oppression, religious fundamentalism, and the persecution of minorities.


Arranged by theme and introduced with insight and historical context by Tutu's biographer, John Allen, this collection takes readers from the violent apartheid clashes in South Africa to the healing work of the Truth and Reconciliation Committee; from Trafalgar Square after the fall of the Berlin Wall to a national broadcast commemorating the legacy of Nelson Mandela; from Ireland's Christ Church Cathedral in Dublin to a basketball stadium in Luanda, Angola. Whether exploring democracy in Africa, the genocide in Rwanda, black theology, the inclusion of gays and lesbians in the church, or the plight of Palestinians, Tutu's message of truth is clear and his voice unflinching.


In a world of suffering and conflict, where human laws all too often clash with God's law, Tutu's hopeful, timeless messages become increasingly necessary and powerful with each passing year-and are needed now more than ever.

Archbishop Desmond Tutu was awarded the Nobel Peace Prize in 1984 for his lifelong struggle to bring equality, justice, and peace to his native country of South Africa. In 1986, he was elected Archbishop of Cape Town, the highest position in the Anglican Church in Southern Africa. Today Archbishop Tutu chairs the Elders, an independent group of global leaders working to promote the shared interests of humanity. In 2009 Tutu received the Presidential Medal of Freedom, America's highest civilian honor. He is known for his great love for children, as well as his powerful and profound understandin