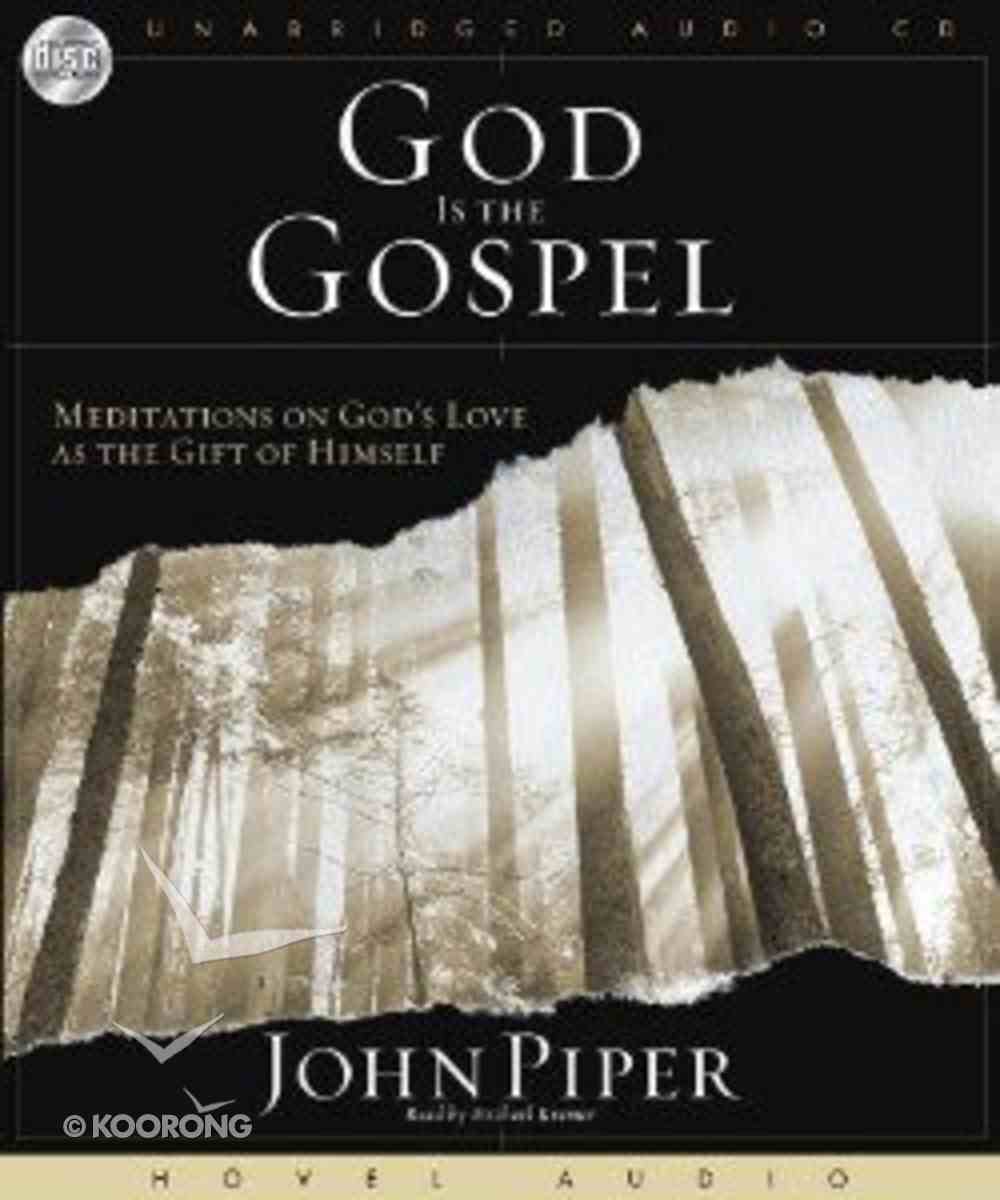 God is the Gospel

Brothers, We Are Not Professionals (Unabridged 8cds)
John Piper
CD

Jesus Revolution: How God Transformed An Unlikely Generation and How He Can Do It Again Today (Unabridged, 7 Cds)
Greg Laurie, Ellen Vaughn, Nan McNamara (Narr)
CD

Birthing the Miraculous: The Power of Personal Encounters With God to Change Your Life and the World (Unabridged, 6 Cds)
Heidi Baker
CD

John Piper writes, "I will tell you what a tragedy is. I will show you how to waste your life. Consider this story from the February 1998 Reader's Digest: A couple 'took early retirement from their jobs in the Northeast five years ago when he was 59 and she was 51. Now they live in Punta Gorda, Florida, where they cruise on their 30-foot trawler, play softball and collect shells. . . .' Picture them before Christ at the great day of judgment: 'Look, Lord. See my shells.' That is a tragedy. "God created us to live with a single passion: to joyfully display his supreme excellence in all the spheres of life. The wasted life is the life without this passion. God calls us to pray and think and dream and plan and work not to be made much of, but to make much of him in every part of our lives." This book is a passionate call for this generation to make their lives count for eternity. John Piper acknowledges that the risks for those who seek to accomplish something in life--risks in relationships for the sake of righteousness and authenticity, risks with money for the cause of the Gospel, and risks in witnessing to the truth and beauty of Christ. Readers will find their passion for the cross of Christ enlarged as a result of reading this book.
-Publisher

This book is a cry from the heart of John Piper. He is pleading that God himself, as revealed in Christ's death and resurrection, is the ultimate and greatest gift of the gospel. // None of Christ's gospel deeds and none of our gospel blessings are good news except as means of seeing and savoring the glory of Christ. Forgiveness is good news because it opens the way to the enjoyment of God himself. Justification is good news because it wins access to the presence and pleasures of God himself. Eternal life is good news because it becomes the everlasting enjoyment of Christ. // All God's gifts are loving only to the degree that they lead us to God himself. That is what God's love is: his commitment to do everything necessary (most painfully the death of his only Son) to enthrall us with what is most deeply and durably satisfying - namely, himself.
-Publisher

Michael Kramer has had the pleasure of narrating the works of many wonderful authors. He has received Audiofile magazine's Earphones Award for the Kent Family series by John Jakes and for Alan Fulsom's The Day After Tomorrow. He also narrates books for the Library of Congress's Talking Books Program for the blind and physically handicapped. Kramer also works as an actor in the many theatres of the Washington, D.C. area, where he lives with Kate and their two children, Henry and Vivian.