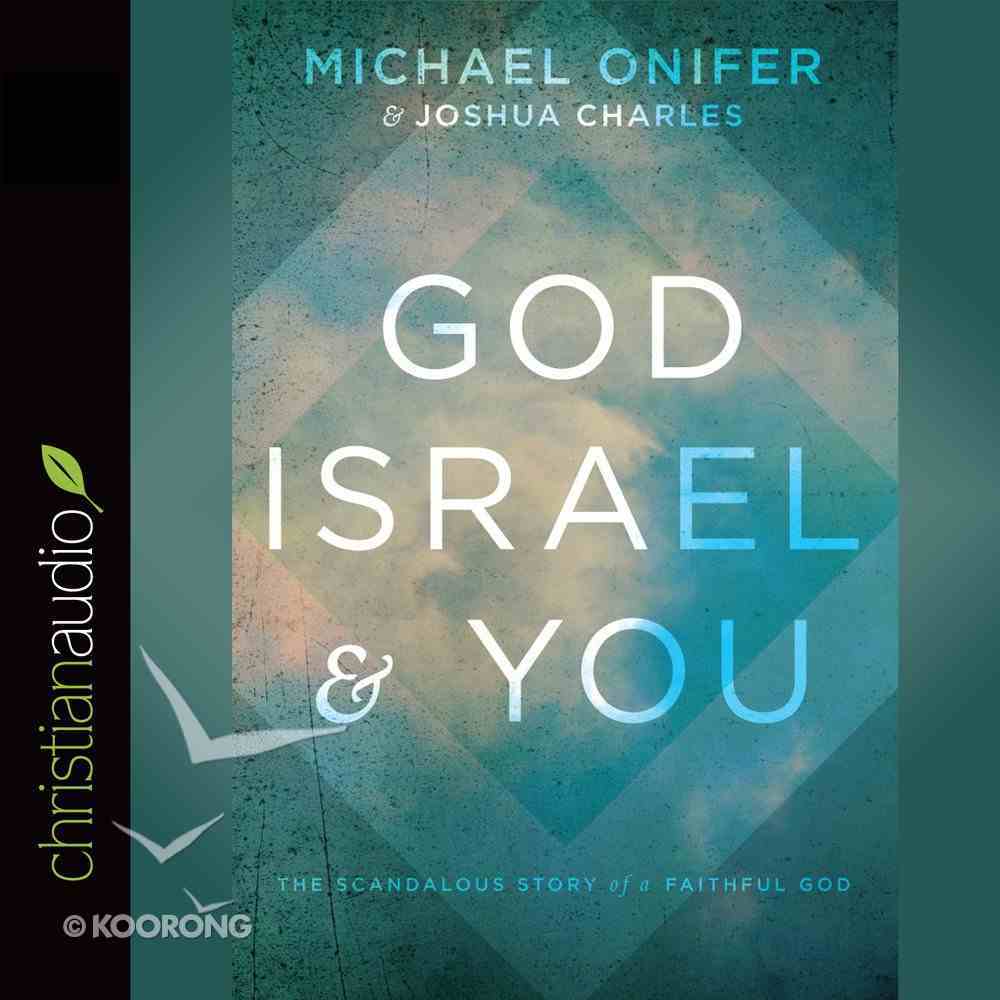 God, Israel and You (Unabridged, 6 Cds)

Issues like abortion, homosexuality, and old-young earth debate often drive wedges both between the church and the world. Another polarizing issue is the Arab-Israeli conflict. Evangelical support for Israel among the younger generation is dropping at an alarming rate. Why...

Out of Print. Limited Availability
Expected to ship within 9 hours from Australia.
Learn More
Free Shipping
for orders over $99.

No God But One: Allah Or Jesus? (Unabridged, 6 Cds)
Nabeel Qureshi
CD

Issues like abortion, homosexuality, and old-young earth debate often drive wedges both between the church and the world. Another polarizing issue is the Arab-Israeli conflict. Evangelical support for Israel among the younger generation is dropping at an alarming rate. Why is there such division between the church and the world and even among believers themselves about this issue?God, Israel, and You attempts to bridge the gap by providing a courageous and honest look at Jesus, His involvement in the world, and how it relates to the issues of today. It makes the case for Israel by being pro-God and explaining His redemptive purposes for the Arabs to a new generation through scripture, history, and morality.Believers are called to be ready with an answer for the faith that is within us. God, Israel, and You is about answers; it's about the knowledge of God, finding hope in this chaotic world, and recognizing the story where we find a faithful God who is intimately involved with the affairs of mankind. Rather than coming at the issues with an us-versus-them mentality, God, Israel, and You reveals a God who is involved, who gets His hands dirty, and embraces the paradoxes of the Bible: it is both straightforward and mysterious, accessible and infinite, supernatural and practical. When we can accept the supernatural, we can recognize that God is using both Jews and Arabs, and the next generation in a way that reflects the character of Jesus, and we can better understand God, Israel, and ourselves.
-Publisher

Michael Oniferdirects the Bethlehem Project, a leadership development and job creation program for Palestinian Christians. In addition to preaching and teaching on a regular basis, Onifer has lived in Israel on multiple occasions and travels to Israel and the West Bank regularly, training young leaders and cooperating with Palestinian Christians to develop Jewish-Christian relations. Michael directed the Israel Experience College Scholarship Program for ten years and is a contributing author to the acclaimed"Watchmen on the Wall Training Manual".

Joshua Charlesis the coauthor, with Glenn Beck, of the No. 1"New York Times"bestselling book"Original Argument: Federalists Case for the Constitution, Adapted for the 21st Century". Charles leads the Rediscovery Project at the Public Policy Institute of William Jessup University, is a member of the Council for National Policy, an Israel Experience Scholar, a public speaker who has spoken nationwide and around the globe, a columnist, a concert pianist, and a proud member of his beloved fraternity, Beta Upsilon Chi (BYX). He is currently earning his law degree at the Regent University School of