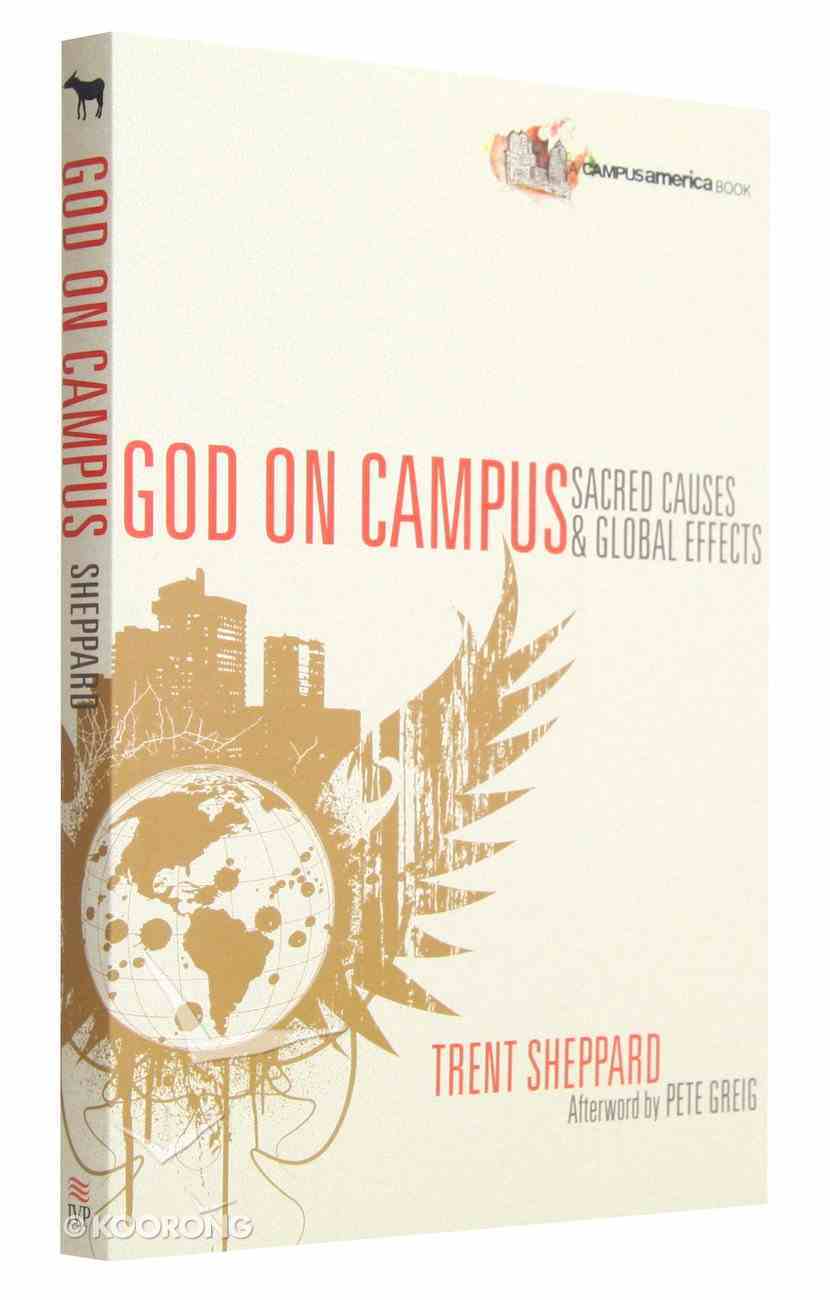 Campus America," said the voice, jolting Pete Greig awake, "Call Campus America to pray!" Pete, the founder of the 24/7 Prayer Movement, learned long ago to listen to this voice. And so began the movement to have organized, disciplined prayer...

What Does It Mean to Be Welcoming?: Navigating Lgbt Questions in Your Church
Travis Collins
Paperback

Impossible People: Christian Courage and the Struggle For the Soul of Civilization
Os Guinness
Paperback

The Myth of Equality: Uncovering the Roots of Injustice and Privilege
Ken Wytsma
Paperback

I See You: How Love Opens Our Eyes to Invisible People
Terence Lester
Paperback

Campus America," said the voice, jolting Pete Greig awake, "Call Campus America to pray!" Pete, the founder of the 24/7 Prayer Movement, learned long ago to listen to this voice. And so began the movement to have organized, disciplined prayer happening on every college campus of the United States by the end of 2010.
^^Pete is not the first to be summoned by such a prayer. Trent Sheppard here traces a long history of significant movements of God through college campuses, with lasting impact on the students who responded and the culture they inhabited. From the founding of the earliest American universities to the dream that snapped Pete Greig to attention, God on Campus is a wake-up call to all of us that God wants us out of bed and on our knees.
-Publisher.


From the establishment of early American campuses during the Great Awakening, to the parachurch movement in the mid-20th century, Sheppard shows that students can participate in remarkable movements of God simply by being open to being moved.
-Publisher

"Let every student be plainly instructed . . . to consider well the main end of . . . life and studies is to know God and Jesus Christ which is eternal life . . . and therefore to lay Christ in the bottom, as the only foundation of all sound knowledge and learning." -Harvard College Laws, 1642 There was a time when Harvard was considered a holy place and Princeton trained prophets, when students and professors could not help but pray because there were certain questions that could only be answered by an Intellect greater than our own. There was a time when student leaders galvanized campus movements, when young revolutionaries defied the status quo of their generation and engaged in sacrificial service that reshaped society and transformed culture. There was a time . . . God on Campus traces a remarkable legacy of spiritual awakening that stretches from the founding of the earliest colleges in the United States to a global movement of nonstop student prayer spreading across campuses today. "This is a book to help you remember your roots," Trent Sheppard writes, "ordinary people like you and me--bold and timid, brilliant and insecure, disillusioned and dangerous, ambitious and naive, holy and fallen, fearless and afraid--people who prayed, people who conspired together with their friends in faith and action, people who believed their lives could actually help shape the unfolding narrative of history." From the establishment of early American campuses during the Great Awakening to the rapidly spreading collegiate movements of the twenty-first century, Sheppard shows how students can integrate their passion in prayer with practical Christ-like living in culture. "The goal," he explains, "is not for us to abandon our studies in economics or education and all become preachers instead. The goal is to live like Jesus in the very soul of society." Culminating in a movement to mobilize prayer on every college and university campus in the United States throughout 2010, God on Campus is an invitation for students to find their place in the story of God today.
-Publisher

Trent Sheppard is a teaching pastor at STATUS church in Orlando, Florida. He travels widely to speak with students about the life of faith.

We Cannot Be Silent: Speaking Truth to a Culture Redefining Sex, Marriage, and the Very Meaning of Right and Wrong
R Albert Mohler (Jr)
Hardback