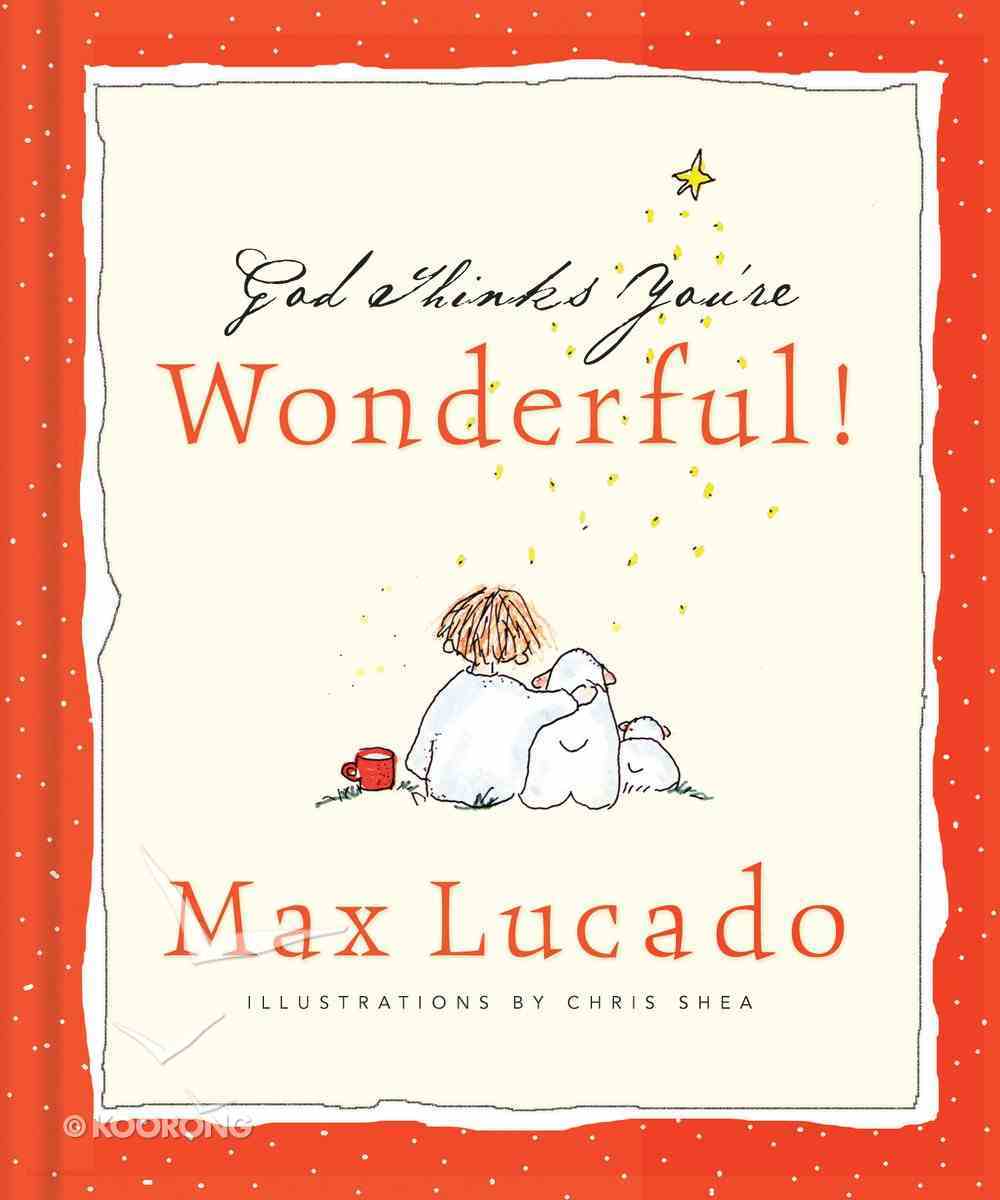 A warm-hearted gift appropriate for almost anyone at any occasion, God Thinks You're Wonderful is the perfect way to say, "You Are Special." Who wouldn't enjoy 96 pages of smile-producing affirmations such as: "If God had a refrigerator, your picture...

This is Love
Max Lucado
eBook

God Will Carry You Through
Max Lucado
eBook

Just For You
Max Lucado
eBook

A warm-hearted gift appropriate for almost anyone at any occasion, God Thinks You're Wonderful is the perfect way to say, "You Are Special." Who wouldn't enjoy 96 pages of smile-producing affirmations such as:
"If God had a refrigerator, your picture would be on it"
"He can live anywhere in the universe, and he chose your heart?"
"Our hearts are not large enough to contain the blessings that God wants to give"

We all need to know that God thinks we're special. No matter where we are in life, Max Lucado understands that it's important to feel His love in our hearts. This adorable gift book, God Thinks You're Wonderful, is the perfect way to remind yourself of this vital truth or to tell someone, "You are special."


All ages will enjoy 128 pages of smile-producing affirmations such as:

If God had a refrigerator, your picture would be on it. He can live anywhere in the universe, and he chose your heart. Our hearts are not large enough to contain the blessings that God wants to give.
Each thoughtful quote is accompanied by an irresistible drawing to remind you of God's love and care. Chris Shea's delightful illustrations pair perfectly with Max Lucado's warm words in this unique, full-color book. It's an ideal gift to celebrate:

Valentine's Day First Communions Birthdays Graduations from kindergarten to college Any time a friend needs a boost
God deliberately planned you, specifically gifted you, and lovingly positioned you here on this earth. In fact, He thinks you're wonderful!