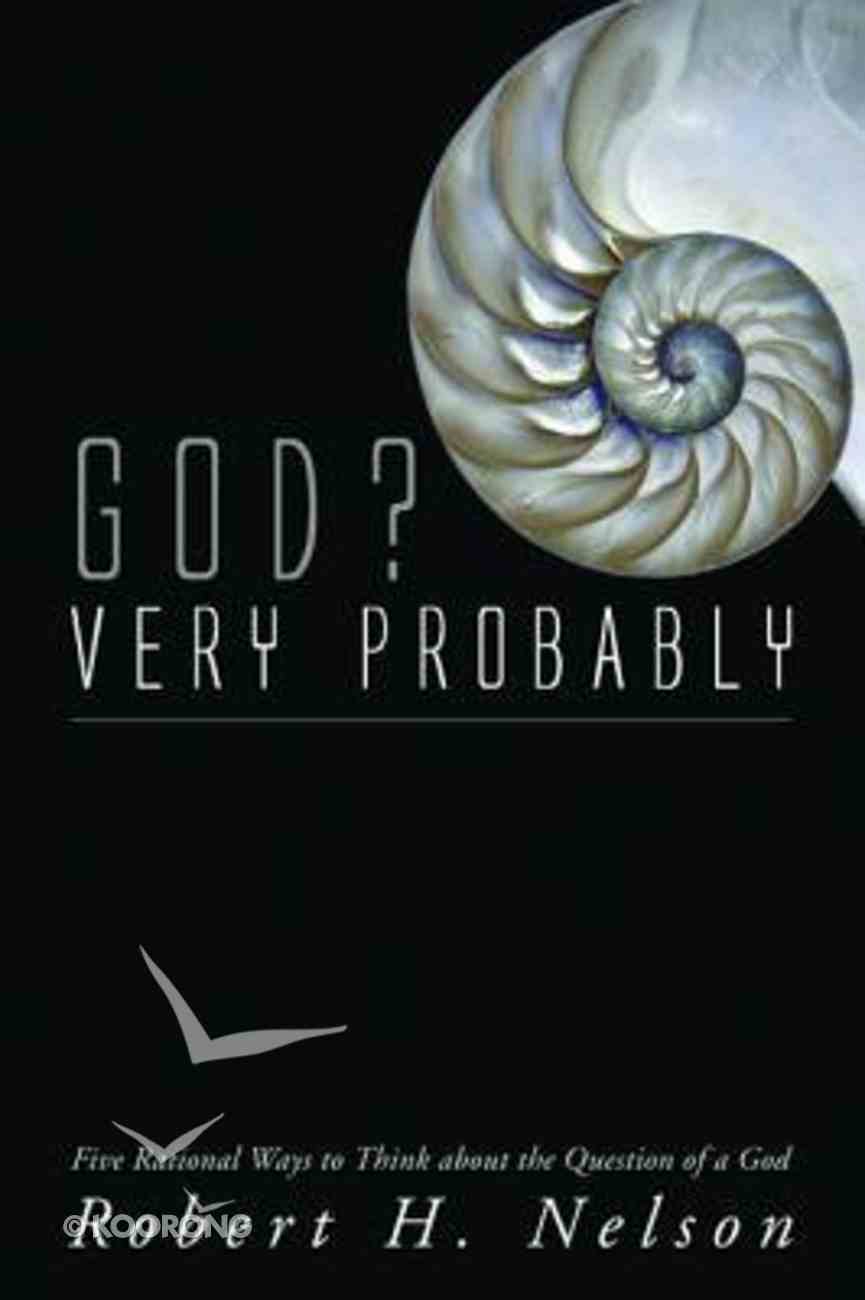 God? Very Probably: Five Rational Ways to Think About the Question of a God

In recent years, a number of works have appeared with important implications for the age-old question of the existence of a god. These writings, many of which are not by theologians, strengthen the rational case for the existence of a...

Who Made God? and Answers to Over 100 Other Tough Questions of Faith
Ravi Zacharias, Norman L Geisler
eBook

The Trinity Hurdle: Engaging Christadelphians, Arians, and Unitarians With the Gospell of the Triune God
R Sutcliffe
Paperback

Can We Still Believe in God?
Craig L Blomberg
eBook

In recent years, a number of works have appeared with important implications for the age-old question of the existence of a god. These writings, many of which are not by theologians, strengthen the rational case for the existence of a god, even as this god may not be exactly the Christian God of history. This book brings together for the first time such recent diverse contributions from fields such as physics, the philosophy of human consciousness, evolutionary biology, mathematics, the history of religion, and theology. Based on such new materials as well as older ones from the twentieth century, it develops five rational arguments that point strongly to the (very probable) existence of a god. They do not make use of the scientific method, which is inapplicable to the question of a god. Rather, they are in an older tradition of rational argument dating back at least to the ancient Greeks. For those who are already believers, the book will offer additional rational reasons that may strengthen their belief. Those who do not believe in the existence of a god at present will encounter new rational arguments that may cause them to reconsider their opinion. ""In God? Very Probably, Nelson makes the most compelling, challenging, comprehensive, and consequential analysis of how and why the advocates of the 'new atheism' have built their cases on unscientific grounds."" --Max L. Stackhouse, Rimmer and Ruth de Vries Professor of Reformed Theology and Public Life Emeritus, Princeton Theological Seminary ""In this engaging, illuminating book, Nelson offers an accessible, well-argued case for the rationality of belief in God. It is elegantly written and refreshingly free of academic jargon."" --Charles Taliaferro, Chair of the Department of Philosophy, St. Olaf College ""Although the thrust of this book is not to debate thinkers [like Richard Dawkins, Daniel Dennett, and Christopher Hitchens], the self-contradictions of their positions are frequently exposed as by-products of broader discussions, and Nelson helpfully makes the connections. I believe readers will enjoy and benefit from the clear, informed, and honest reasoning in this book."" --Herman Daly, Emeritus Professor, University of Maryland ""Nelson has written a superb book, one that should be read by a wide spectrum of people: atheists, agnostics, deists, and committed Christians. His explanations for the existence of a god are thoughtful and draw upon the work of a wide range of scholars."" --P. J. Hill, Professor of Economics Emeritus, Wheaton College ""Nelson masterfully draws evidence from recent scientific discoveries and important arguments that bear on the question of the existence of a god. This is a thought-provoking, ambitious, and much-needed book with elements from the author's personal journey."" --Kaius Sinnemaki, Helsinki Collegium for Advanced Studies, University of Helsinki Robert H. Nelson is a professor at the University of Maryland. Originally trained as an economist, he has written widely over the past twenty-five years on the ways in which the ""secular"" thinking of contemporary economics and the contemporary environmental movement have an underlying Christian content, with books including Reaching for Heaven on Earth: The Theological Meaning of Economics (1991), Economics as Religion (2001), and The New Holy Wars: Economic Religion versus Environmental Religion in Contemporary America (2010).
-Publisher