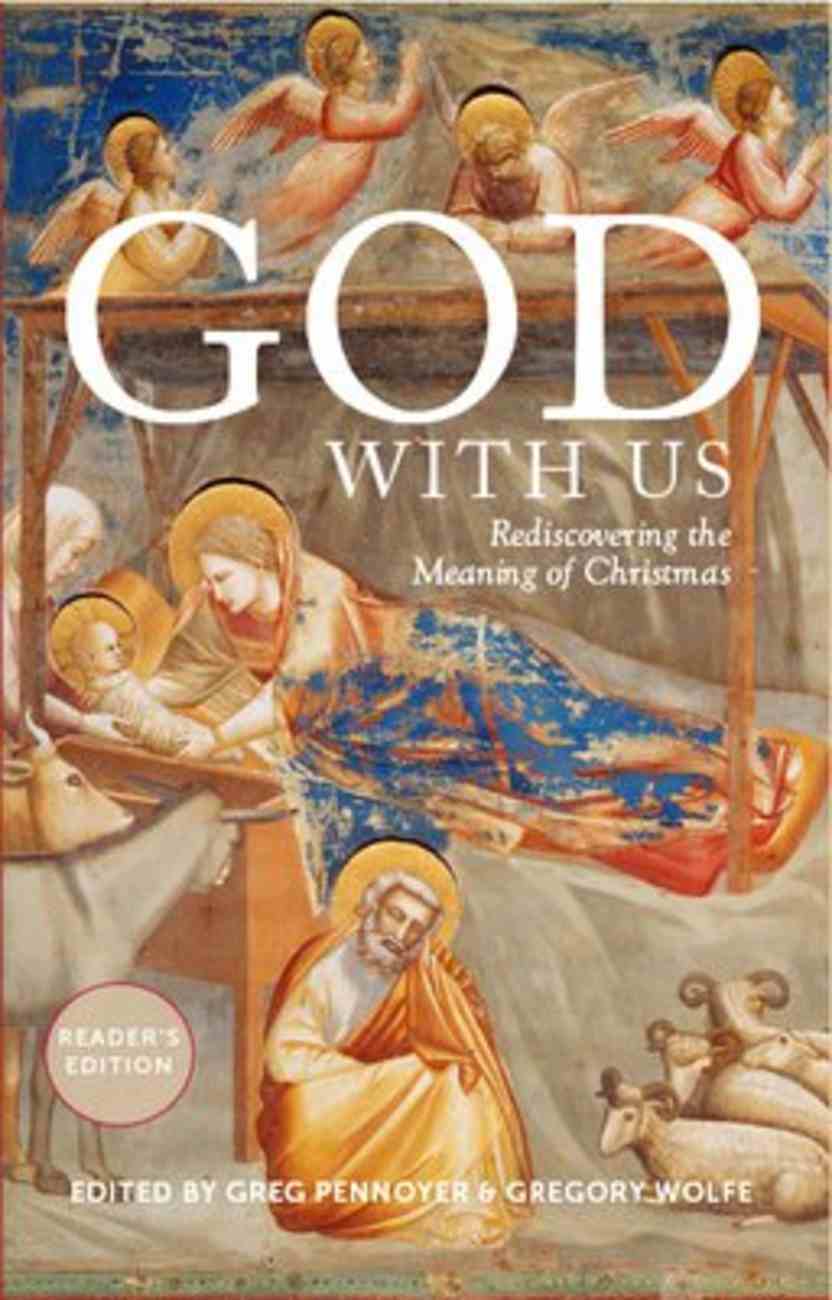 God With Us: Rediscovering the Meaning of Christmas (Reader's Edition)

Christmas is the season most difficult to grasp and under-stand in all its spiritual richness. The sentimentality and commercialism that dominate the season tend to obscure the profound mystery at its heart: the Incarnation. God With Us provides the perfect...

Christmas is the season most difficult to grasp and under-stand in all its spiritual richness. The sentimentality and commercialism that dominate the season tend to obscure the profound mystery at its heart: the Incarnation. God With Us provides the perfect way to slow down and reconnect with the liturgical and sacramental traditions that illuminate the meaning of Christmas and the Incarnation and bring it down to earth. Featuring daily meditations for the complete sea-sons of Advent, Christmas, and Epiphany, the contributors offer a tapestry of reflection, Scripture, prayer and history. God With Us - which has sold more than 25,000 copies in its original, illustrated, $30 edition - will make anyone's journey to the stable in Bethlehem and the child in the manger utterly unforgettable. This new "Reader's Edition" is de-signed to make the book more affordable, able to reach an even wider cross-section of readers.
-Publisher

Emilie Griffin is an award-winning playwright and the author of a number of books including Wonderful and Dark Is This Road; Doors into Prayer: An Invitation; Clinging: The Experience of Prayer and Homeward Voyage: Reflections on Life-Changes.
Emilie is on the board and speaking team of Renovare' She and her husband, William, are founding members of the Chrysostom Society, a national group for writers of the Christian faith.

Kathleen Norris is the author of Dakota, The Cloister Walk, and Amazing Grace, and an award-winning poet.

Scott Cairns teaches modern and contemporary American literature and creative writing at the University of Missouri. He is an accomplished poet whose writing has appeared in "The Atlantic Monthly", "The Paris Review", "The New Republic, Books & Culture, and Image". He was recently named a Guggenheim Fellow.

The Advent of the Lamb of God
Russ Ramsey
Paperback