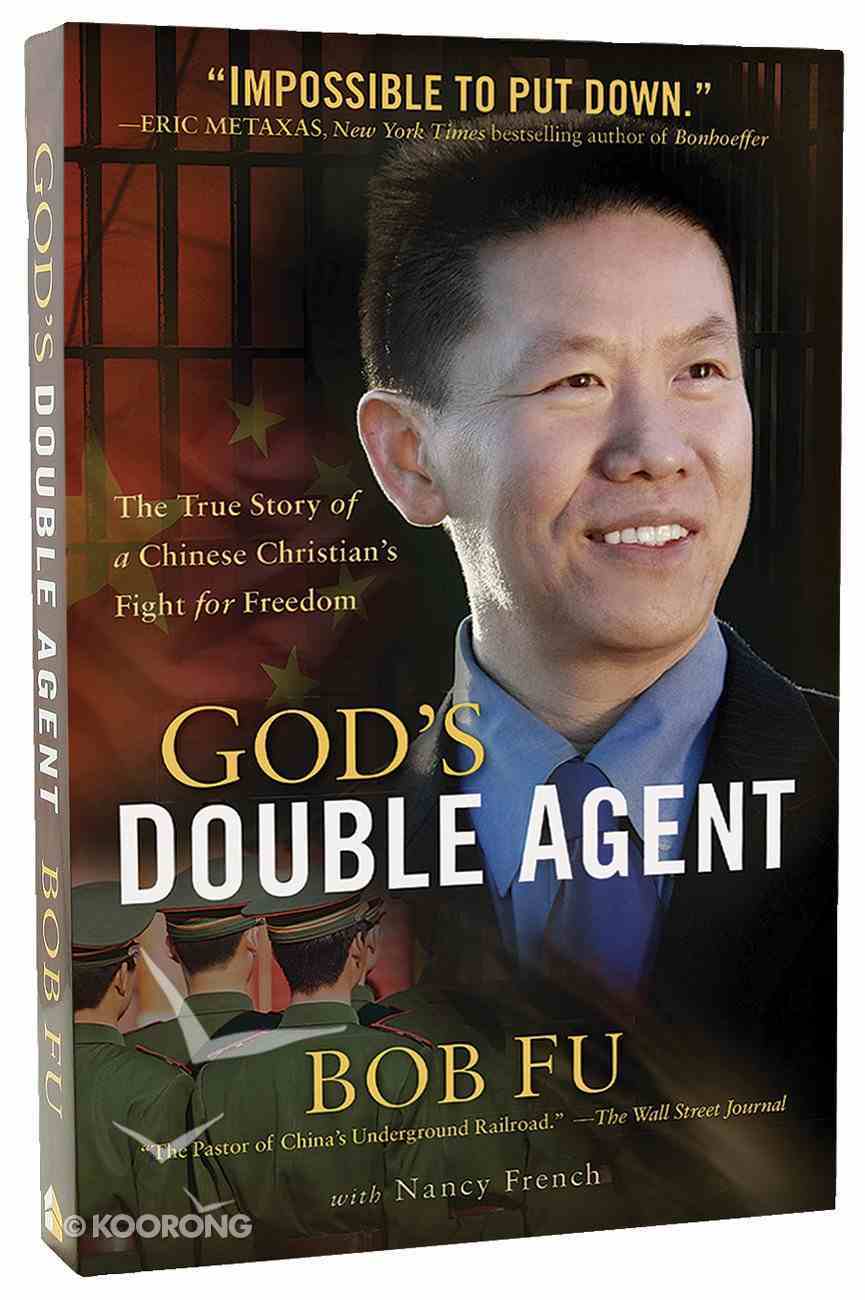 Outwardly, Chinese pastor Bob Fu worked as a lecturer in a communist school; secretly, he led a house church and Bible school. This riveting book relates Fu's conversion, his imprisonment for founding a house church, his harrowing escape, and his...

Christian China and the Light of the World
David Wang, Georgina Sam
Paperback

James Hudson Taylor: Called By God Into the Heart of the Dragon
Ruth Broomhall
Paperback

When the Lion Roars: Understanding the Implications of Ancient Prophecies For Our Time
Carl Gallups
Paperback

Not Forgotten: The True Story of My Imprisonment in North Korea
Kenneth Bae, Mark A Tabb
Paperback

Outwardly, Chinese pastor Bob Fu worked as a lecturer in a communist school; secretly, he led a house church and Bible school. This riveting book relates Fu's conversion, his imprisonment for founding a house church, his harrowing escape, and his work as an advocate for the persecuted church in China.

:Tens of millions of Christians live in China today, many of them leading double lives or in hiding from a government that relentlessly persecutes them. Bob Fu, whom the Wall Street Journal called "The pastor of China's underground railroad," is fighting to protect his fellow believers from persecution, imprisonment, and even death. God's Double Agent is his fascinating and riveting story.

Bob Fu is indeed God's double agent. By day Fu worked as a full-time lecturer in a communist school; by night he pastored a house church and led an underground Bible school. This can't-put-it-down book chronicles Fu's conversion to Christianity, his arrest and imprisonment for starting an illegal house church, his harrowing escape, and his subsequent rise to prominence in the United States as an advocate for his brethren. God's Double Agent will inspire readers even as it challenges them to boldly proclaim and live out their faith in a world that is at times indifferent, and at other times murderously hostile, to those who spread the gospel.
-Publisher

Bob Fu is a former dissident and pastor of an illegal underground church in China. As a former prisoner, Fu has unique insight into the plight of Chinese Christians and an unparalleled network on the ground. He and his wife, Heidi, fled to the United States as religious refugees in 1997. He currently runs ChinaAid, a nonprofit organization that tirelessly advocates for the underground church in China and for political dissidents, as well as the lawyers and activists who place their lives on the line to defend them. Bob is a distinguished professor on religion and public policy at Midwest UniveA

Nancy French is a columnist for the Philadelphia City Paper, a weekly alternative newspaper (readership of 460,000), in which she addressed issues like politics, religion, and culture with a light, humorous touch. She also the cofounded and maintains the blog re:formation which has a large following and focuses on a discussion of today's conservative Right. David French is a captain in the United States Army Reserve. In his civilian life, he is a senior counsel of the Alliance Defense Fund and is the director of its Center for Academic Freedom. In Iraq he served as the Squadron Judge Advocate for the 2d Squadron, 3d Armored Cavalry Regiment in Diyala Province, Iraq. At the conclusion of his tour, he was awarded the Bronze Star for meritorious service in combat operations.

Blood, Sweat and Jesus: The Story of a Christian Hospital Bringing Hope and Healing in a Muslim Community
Kerry Stillman
Paperback