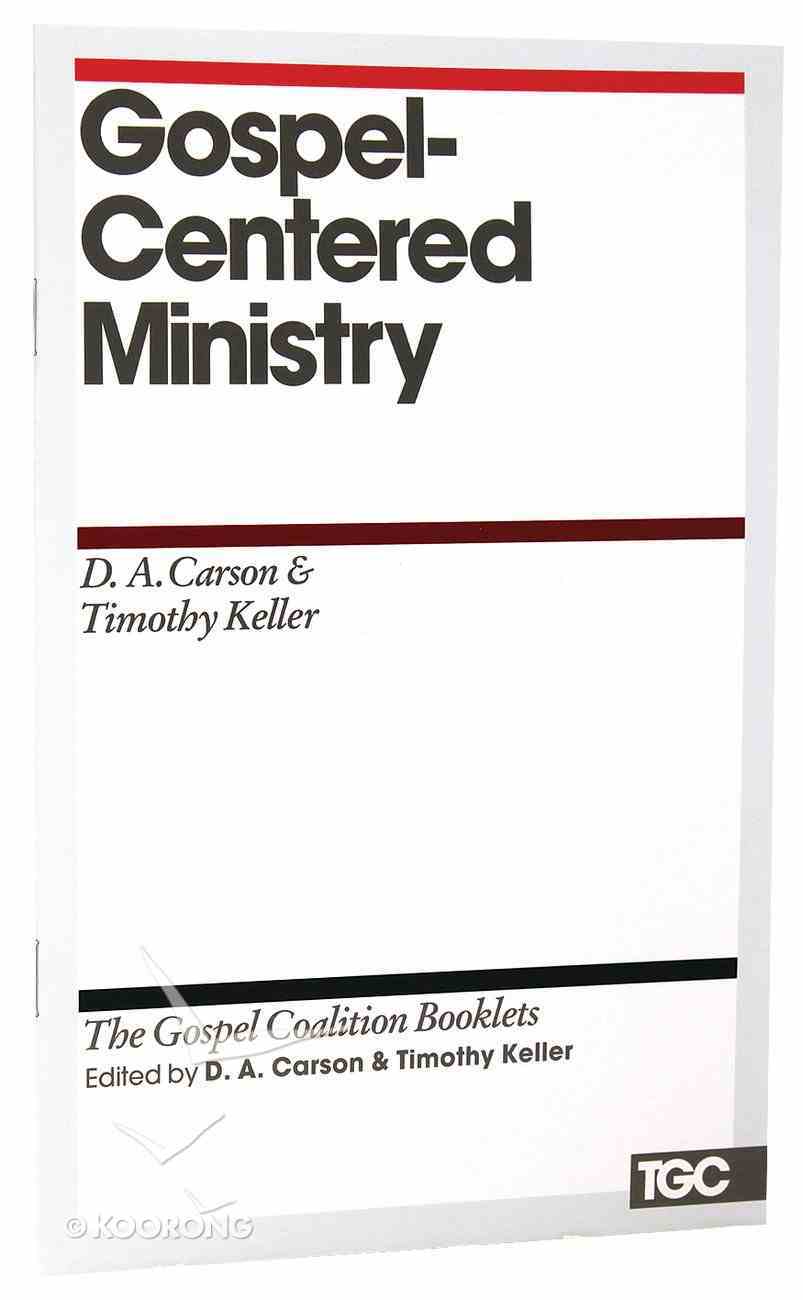 This series of handy 32-page booklets is edited by D A Carson and Timothy Keller, and addresses key areas of Christian doctrine from a Reformed perspective. Each booklet is engaging, direct, deeply biblical, and is ideal for seekers and Christians...

For the Love of God (Vol 1)
D A Carson
Paperback

When Jesus Confronts the World: An Exposition of Matthew 8-10 (Carson Classics Series)
D A Carson
Paperback

This series of handy 32-page booklets is edited by D A Carson and Timothy Keller, and addresses key areas of Christian doctrine from a Reformed perspective. Each booklet is engaging, direct, deeply biblical, and is ideal for seekers and Christians looking for clear statements of belief.

In this Gospel Coalition booklet, D. A. Carson and Timothy Keller recount the origins of the Gospel Coalition and the purpose for which it was formed: to propagate a robust understanding of the gospel’s content and to encourage gospel-centered ministry.


Carson and Keller, founders of the coalition and editors of the booklet series, form a theological foundation for the organization’s mission and detail a vision for ministry in a changing world. Ministry today must entail both Bible-centered preaching as well as outreach to the needy. Grounding their vision in the cross, Carson and Keller show how biblical theology flows toward Jesus and the gospel. They also demonstrate how Christian ministry flows from Jesus and the gospel. This summary of gospel-centered ministry is a great resource for pastors and others interested in the Gospel Coalition.


Gospel-Centered Ministry offers a thoughtful explanation for the Gospel Coalition’s confessional statement. The Gospel Coalition is an evangelical renewal movement dedicated to a scripture-based reformation of ministry practices.