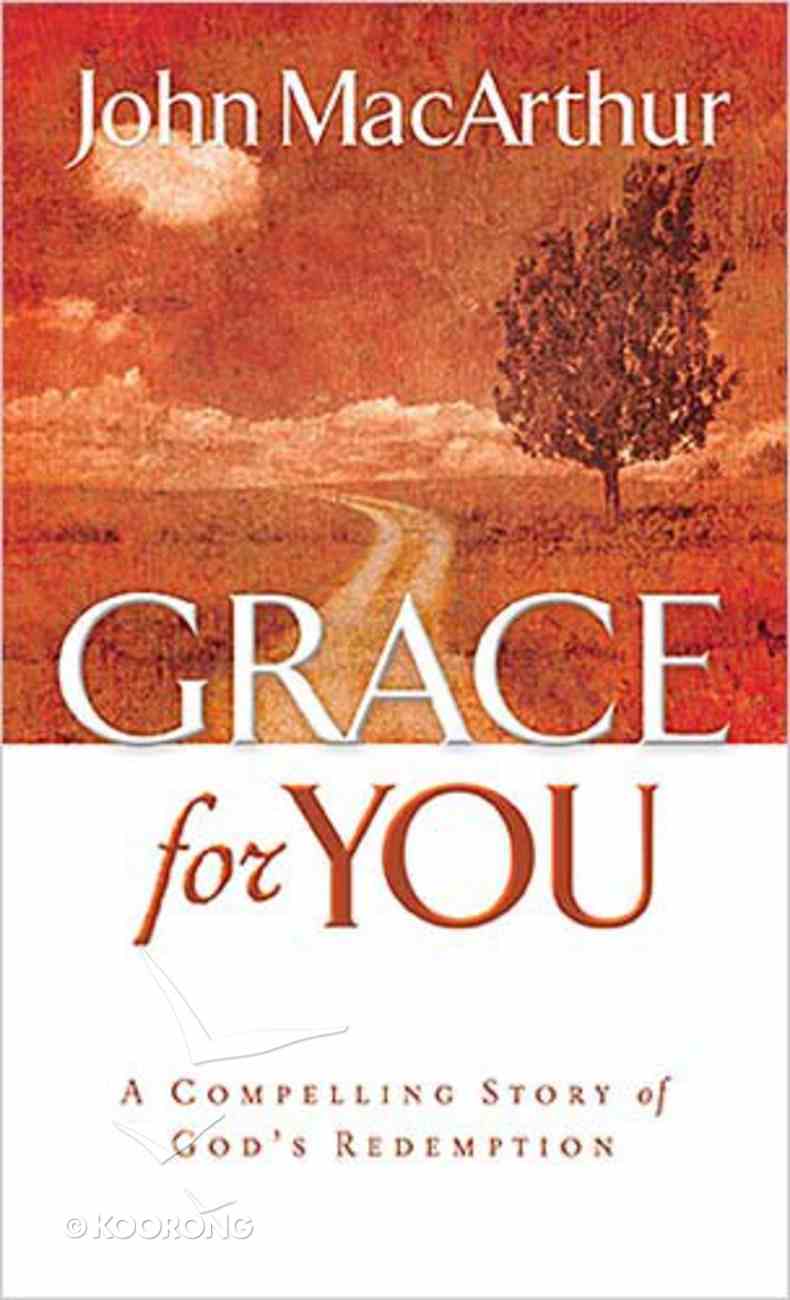 Adapted from A Tale of Two Sons by John MacArthur, Grace for You presents a compelling story of God's redemption with riveting detail and insight drawn from the Parable of the Prodigal Son (Luke 15:11-32). This powerful booklet serves as...

Grace For You
John Macarthur
eBook

He Did This Just For You
Max Lucado
Booklet

If Not For the Grace of God
Joyce Meyer
eBook

You Are Beloved: Living in the Freedom of God's Grace, Mercy and Love
Bobby Schuller
eBook

You Are Beloved: Living in the Freedom of God's Grace, Mercy and Love
Bobby Schuller
Paperback

You Are Beloved: Living in the Freedom of God's Grace, Mercy, and Love
Bobby Schuller
Paperback

Adapted from A Tale of Two Sons by John MacArthur, Grace for You presents a compelling story of God's redemption with riveting detail and insight drawn from the Parable of the Prodigal Son (Luke 15:11-32). This powerful booklet serves as the perfect evangelism piece that invites people to encounter the deep grace of God.
-Publisher

In the distance, a figure, just barely a speck on the horizon, slowly approaches his boyhood home. He hasn't been there in years and is nervous about showing his face. Years ago he wished his father would drop dead, took his share of an inheritance, and lived a shameful life. With all the wealth squandered, his desperate poverty has driven him back to his father's house.


At the same time, an elderly man, distinguished and handsomely dressed, sees a far-off silhouette. Could it be? he thinks to himself, not daring to let his hopes up, refusing to believe his son would ever come home. But what is a vague, repressed hope becomes the undeniable truth that his long-lost son draws near. He runs recklessly to meet him.


Grace for You, taken from Dr. John MacArthur's best-selling book A Tale of Two Sons, explains the hidden dynamics of Jesus' most well known parable, The Parable of the Prodigal Son. It gives you a brief but powerful look into the homecoming of the son, the unthinkable response of the father, and the often overlooked truth about the older brother who spurns his return. In these pages you will rediscover the depths of god's redemption.