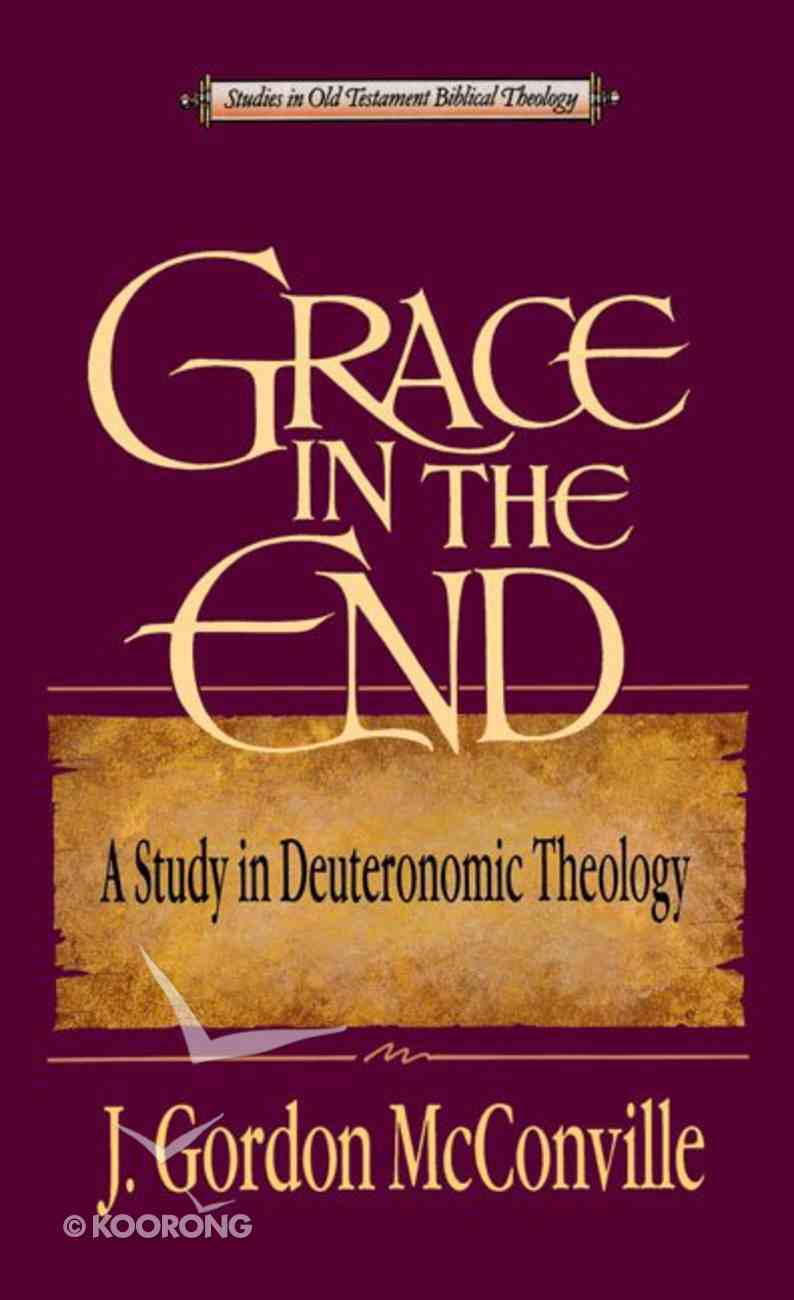 The book of Deuteronomy is one of the great theological documents of the Bible. The main lines of its thought can be traced not only in the book itself, but throughout the Old Testament, especially in the historical books from Joshua to 2 Kings--hence the term "Deuteronomic theology." In this book, the first in a series on Studies in the Old Testament Biblical Theology, McConville surveys and evaluates both older and more recent scholarly approaches to Deuteronomic theology. He shows how Israel persistently failed to keep God's covenant by rejecting him and relying on themselves instead. For that reason, God consistently brought his judgment on them, but that was not his final word to them. They survived as a nation only because of God's overpowering grace; there is grace in history in the end.
-Publisher

J. Gordon McConville, (Ph.D., Queen's University, Belfast) is Professor of Old Testament at the University of Gloucestershire in Cheltenham, England. He is the author of several books and studies on Old Testament topics, including Law and Theology in Deuteronomy (JSOT Press), Time and Place in Deuteronomy (with J. G. Millar; JSOT Press), Deuteronomy (Apollos Old Testament Commentary), 1 and 2 Chronicles (Daily Study Bible), Ezra, Nehemiah, Esther (Daily Study Bible), and Judgment and Promise: An Introduction to the Book of Jeremiah (Apollos). He is currently working on Old Testament political theology, and is co-editor of the Two Horizons Commentary (Old Testament) with Craig Bartholomew, has authored the volume on Joshua with Stephen Williams.
Koorong -Editorial Review.

A Handbook on the Jewish Roots of the Christian Faith
Craig A Evans (Ed), David Mishkin
Paperback

Remaking a Broken World: The Heart of the Bible Story
Christopher Ash
Paperback

The Moody Handbook of Messianic Prophecy: Studies and Expositions of the Messiah in the Hebrew Bible
Michael Rydelnik, Edwin Blum
Hardback

The Sermon on the Mount and Human Flourishing: A Theological Commentary
Jonathan T Pennington
Paperback