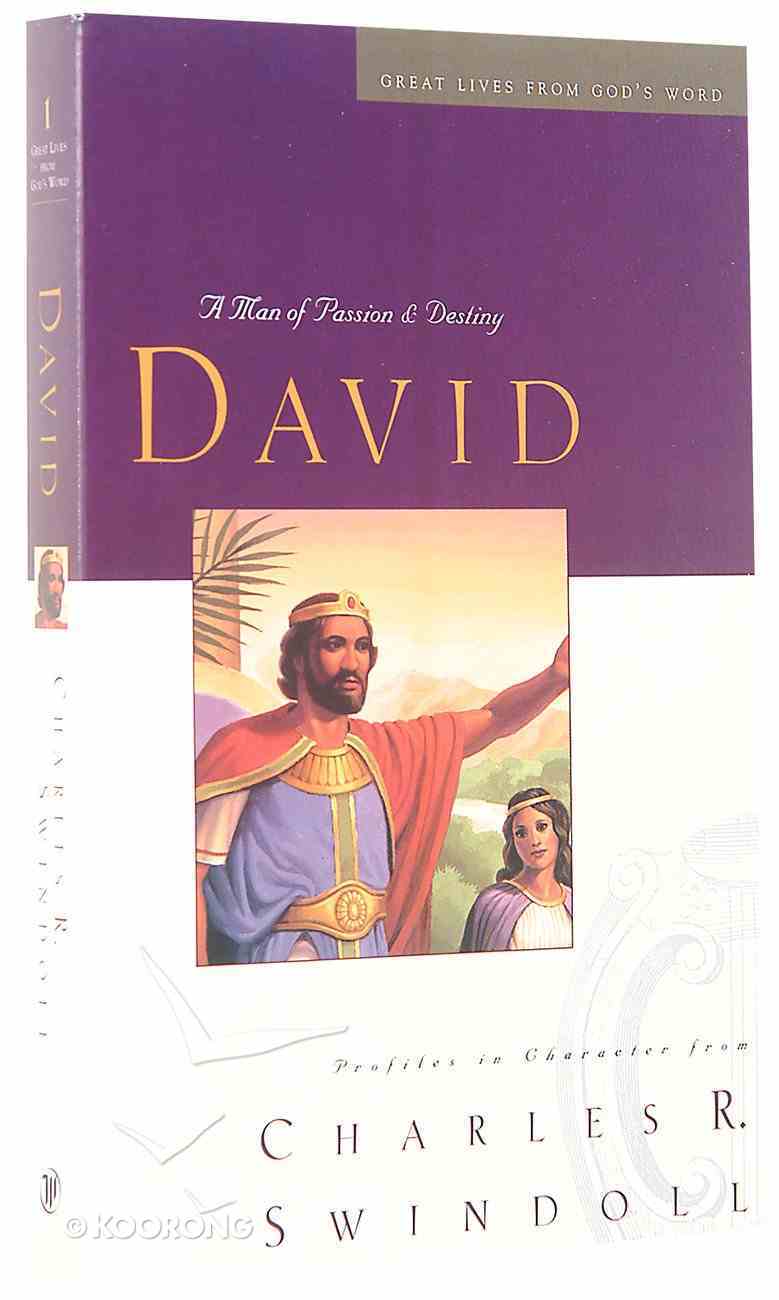 Synopsis: David, unlike any Bible character before him, had the charisma to inspire a great nation. Yet in other ways he was a most ordinary man - often gripped by destructive passion, rocked by personal tragedy, and motivated by political...

Synopsis: David, unlike any Bible character before him, had the charisma to inspire a great nation. Yet in other ways he was a most ordinary man - often gripped by destructive passion, rocked by personal tragedy, and motivated by political gain. Yet, he is the one character the Bible describes as a "man after God's own heart." In this first volume of the "Great Lives" series Charles Swindoll shows how David proved his love for God many times over in an extraordinary life that left an enduring legacy of faith.

Description: David was a man after God's own heart. . .

"What does it mean to be someone "after God's own heart?" David, Old Testament shepherd, king, and psalmist, offers an answer in the shape of his own life.

In many ways he was a most extraordinary man - intelligent, handsome, abundantly gifted as a poet, musician, warrior, and administrator. Yet in other ways he was a most ordinary man - often gripped by destructive passion, rocked by family chaos and personal tragedy, and motivated by political expediency. How did David become the national hero of God's chosen people? Why is he the one character in the Bible described as a "man after God's own heart?" Chuck Swindoll explores the many facets of David-from his teenaged years and dysfunctional family life to his overwhelming passion for God.

David's life offers hope to all of us. It shows how devotion doesn't mean perfection - that God loves us in spite of our weaknesses, and can do extraordinary things through ordinary men and women. David offers an insightful and timeless perspective on what it means to be truly spiritual, to become like David - men and women after God's own heart.

David is the first of a multi-volume series exploring Great Lives from the Bible and mining them for the qualities that made them great. Chuck Swindoll wants to show us that these great men and women were not great in and of themselves - in fact most of them were humble and ordinary as you and I. They became great when they placed themselves at the Lord's disposal, allowing Him to develop within them the marks of true character: humility, purity, authenticity, and integrity. To live a life God considers "great" is within the reach of everyone who submits to Him.
- Publisher.