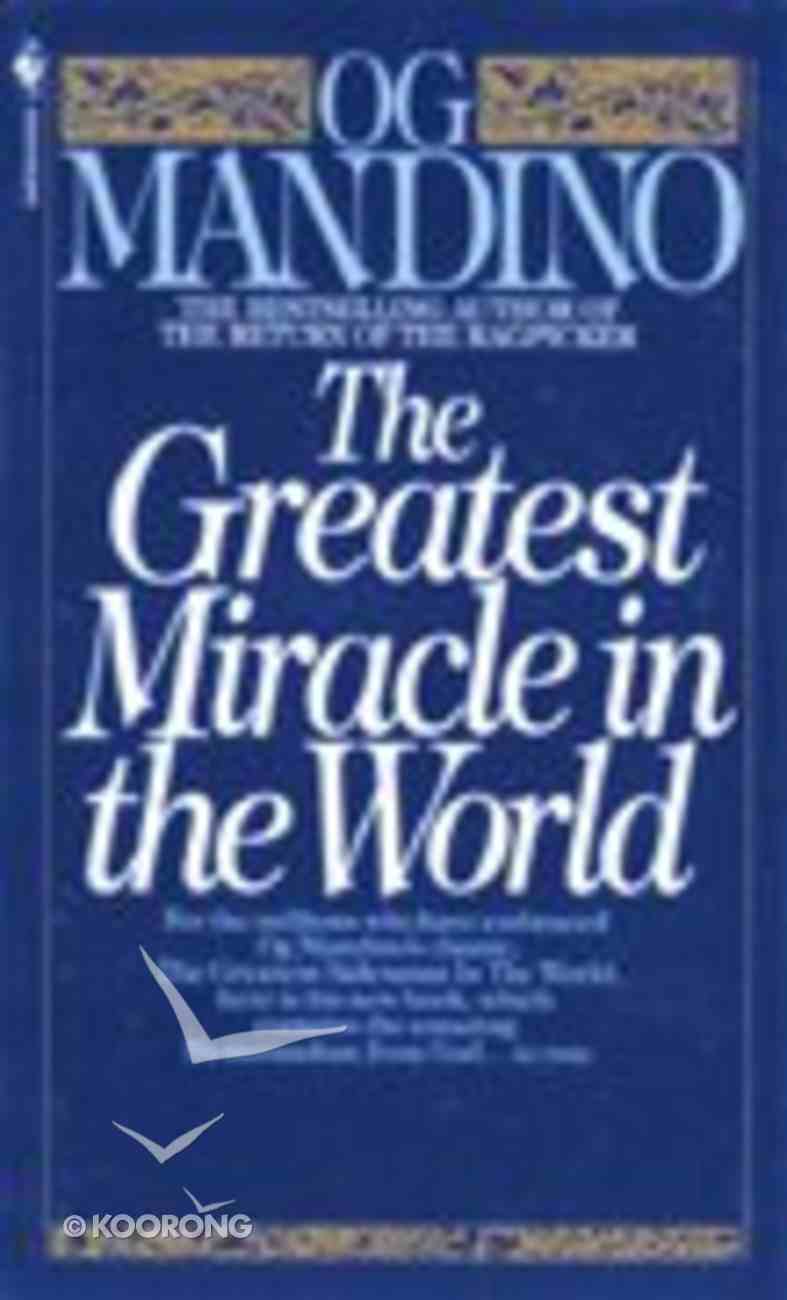 Greatest Miracle in the World

The Miracle in the Middle
Charlotte Gambill
eBook

The Miracle in the Middle
Charlotte Gambill
Paperback

Here is a simple but powerful story that will affect your thoughts and actions long after the final sentence has touched your heart. You will never forget: * The four simple rules that can help you perform a miracle in your life. * The glass geranium that will break your heart. * The dingy parking lot where Mandino's life, and yours, begins again, * The ragpicker who rescues humans after they quit on themselves. * The secret of regaining the self-esteem you have lost.
-Publisher

Og Mandino is the most widely read inspirational and self help author in the world. Former president of Success Unlimited magazine, Mandino was the first recipient of the Napoleon Hill Gold Medal for literary achievement. Og Mandino was a member of the International Speakers Hall of Fame and honored with the Masters of Influence by the National Speakers Association. Og Mandino died in 1996 but his books continue to inspire countless thousands all over the world.