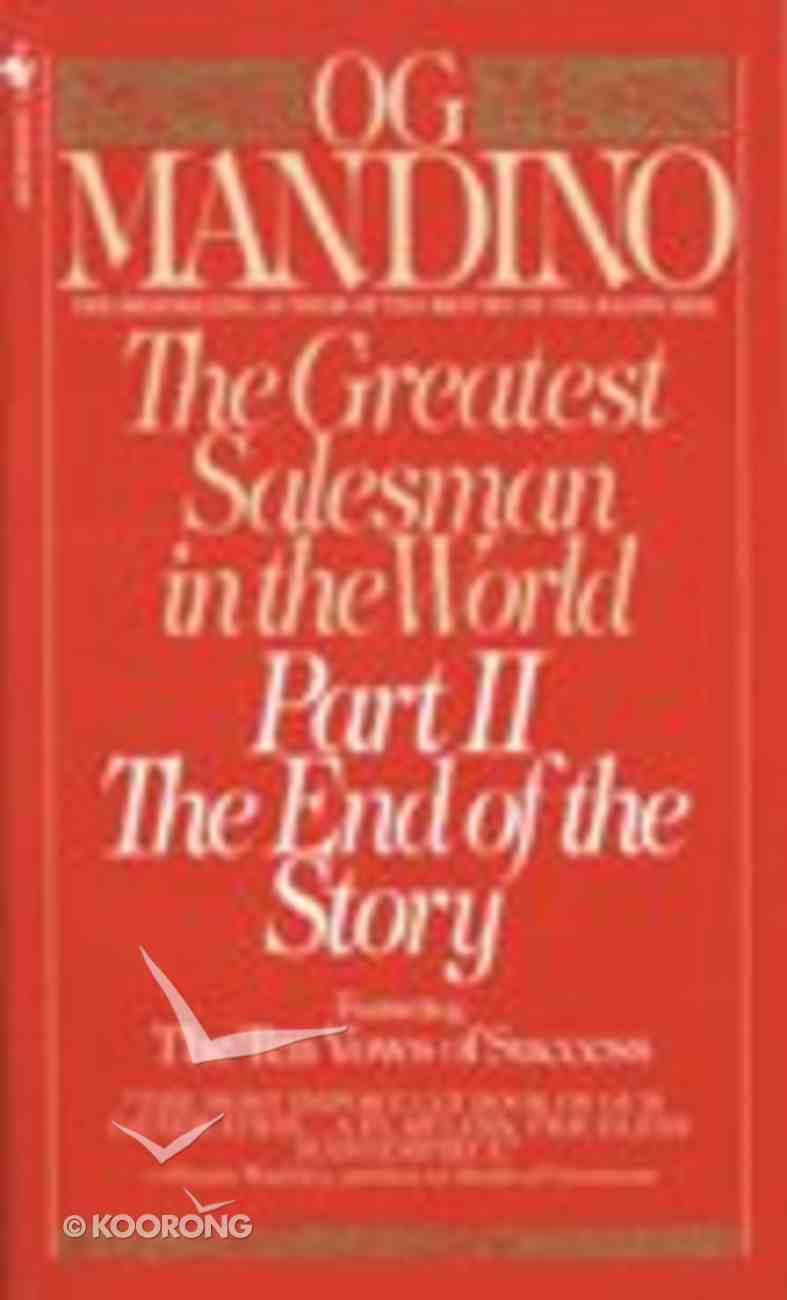 Greatest Salesman in the World Pt 2

You are holding in your hands an almost impossible dream, finally become reality ... the sequel to the inspirational classic that has touched more lives in the past two decades than any other motivational work in the world.More than 9...

Is It Time to Think Again?: A Travel-Guide For Life's Greatest Quest
Graeme Evans
eBook

You are holding in your hands an almost impossible dream, finally become reality ... the sequel to the inspirational classic that has touched more lives in the past two decades than any other motivational work in the world.More than 9 million people continue to find solace and hope in The Greatest Salesman in the World, the gripping tale of a little camel boy, Hafid, who becomes the greatest salesman in the world through following the principles in ten special scrolls of success.And now, at last, the world will discover what happens to the greatest salesman when he finally emerges from his lonely retirement to commence a new career. At first he finds failure -- until he receives a special gift from someone he has not seen in half a century. He then returns triumphantly to his homeland to write his own Ten Vows of Success to be shared with all who seek a better life -- including you.
-Publisher

Og Mandino is the most widely read inspirational and self help author in the world. Former president of Success Unlimited magazine, Mandino was the first recipient of the Napoleon Hill Gold Medal for literary achievement. Og Mandino was a member of the International Speakers Hall of Fame and honored with the Masters of Influence by the National Speakers Association. Og Mandino died in 1996 but his books continue to inspire countless thousands all over the world.

The Greatest Salesman in the World
Og Mandino
Paperback