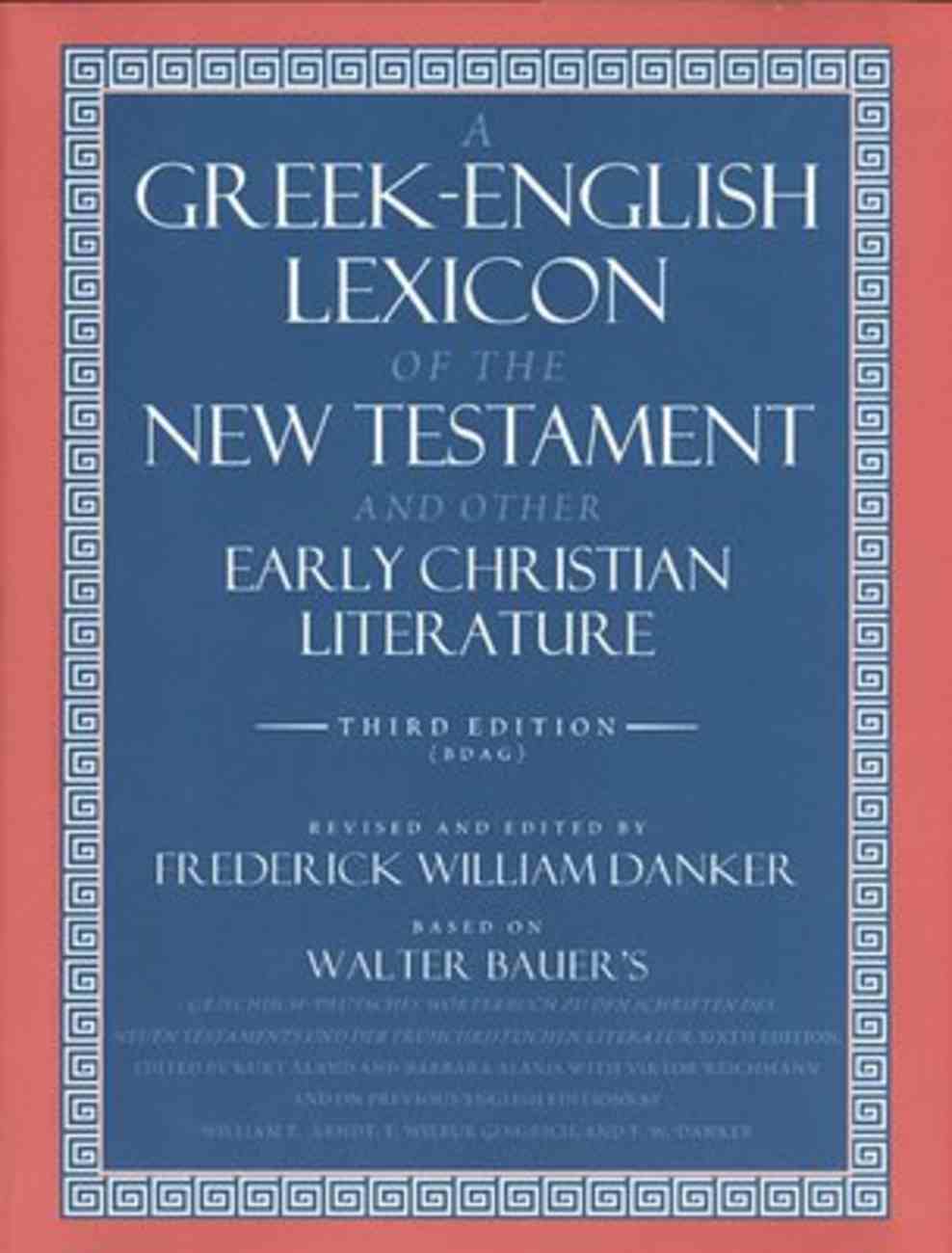 More than 25,000 new references help make this volume an indispensable guide for Biblical and classical scholars, ministers, seminarians, and translators.

Described as an "invaluable reference work" (Classical Philology) and "a tool indispensable for the study of early Christian literature" (Religious Studies Review) in its previous edition, this new updated American edition of Walter Bauer'sWörterbuch zu den Schriften des Neuen Testamentsbuilds on its predecessor's staggering deposit of extraordinary erudition relating to Greek literature from all periods. Including entries for many more words, the new edition also lists more than 25,000 additional references to classical, intertestamental, Early Christian, and modern literature.

In this edition, Frederick W. Danker's broad knowledge of Greco-Roman literature, as well as papyri and epigraphs, provides a more panoramic view of the world of Jesus and the New Testament. Danker has also introduced a more consistent mode of reference citation, and has provided a composite list of abbreviations to facilitate easy access to this wealth of information.

Perhaps the single most important lexical innovation of Danker's edition is its inclusion of extended definitions for Greek terms. For instance, a key meaning of "episkopos" was defined in the second American edition asoverseer; Danker defines it as "one who has the responsibility of safeguarding or seeing to it that something is done in the correct way,guardian." Such extended definitions give a fuller sense of the word in question, which will help avoid both anachronisms and confusion among users of the lexicon who may not be native speakers of English.

Danker's edition of Bauer'sWörterbuchwill be an indispensable guide for Biblical and classical scholars, ministers, seminarians, and translators.