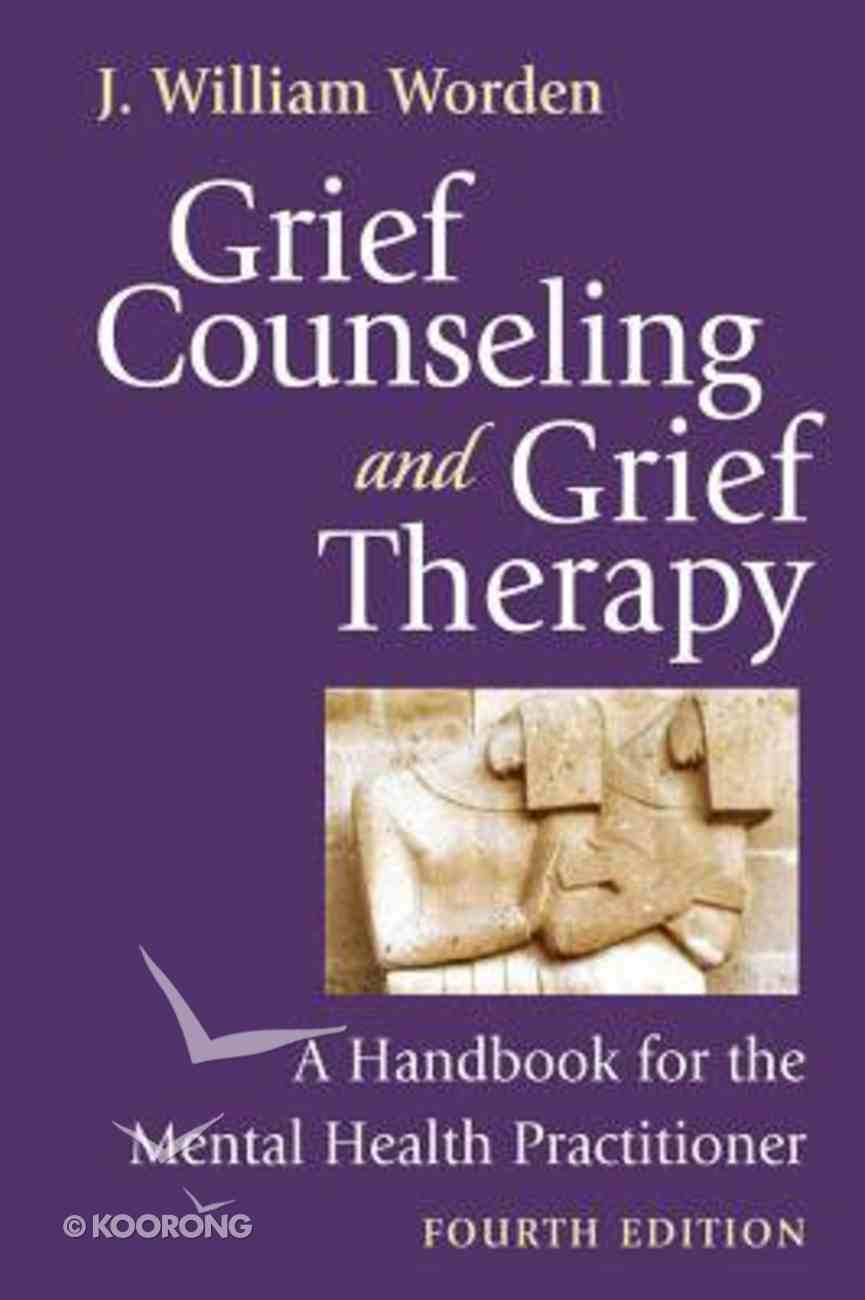 Designated a Doody's Core Title "In the fields of death education, research and counseling/psychology, surely Bill Worden is a giant....ALL of us, personally and professionally, are indebted to J. William Worden. From his work we may be just a...

"In the fields of death education, research and counseling/psychology, surely Bill Worden is a giant....ALL of us, personally and professionally, are indebted to J. William Worden. From his work we may be just a bit wiser, a bit healthier, a bit more competent, and a lot more in touch with meaning (our own and those of others) for the sake of all who mourn."


Dr. Worden presents the highly anticipated fourth edition to Grief Counseling and Grief Therapy, the gold standard of grief therapy handbooks. The previous editions, translated into 12 languages, received worldwide acclaim for their sensitive, insightful, and practical approach to grief counseling. In this updated and revised fourth edition, Dr. Worden presents his most recent thinking on bereavement drawn from extensive research, clinical work, and the best of the new literature.


The task model has been modified to account for new thinking and research findings in the field, including meaning making, resilience, and continuing bonds A new chapter on the Mediators of Mourning helps clinicians to understand what accounts for individual differences in adapting to the death of a loved one Looks at recent controversies in the field including the best way to understand complicated bereavement and the efficacy of grief counseling and therapy Presents the vital distinction between grief and trauma, and highlights different intervention approaches for each
Comprehensive and highly organized, this text is useful to therapists just beginning to work in the field as well as seasoned practitioners.