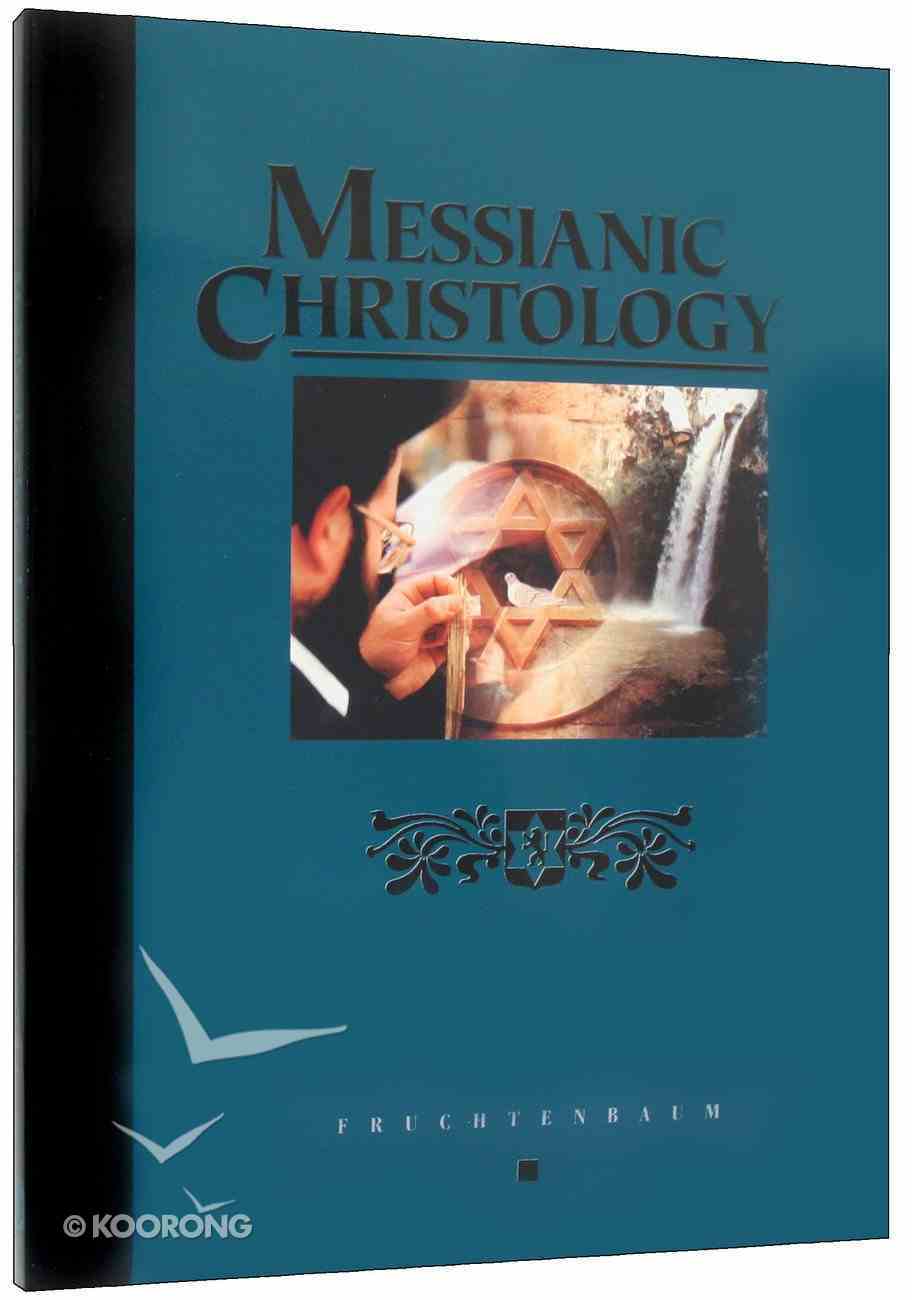 Ha-Mashiach: The Messiah of the Hebrew Scriptures

Messianic Christology is a study of Old Testament prophecy concerning the First Coming of the Messiah. Dr. Fruchtenbaum works his way through the Old Testament following the first century Jewish arrangement of the books, the arrangement that Jesus was familiar...

1 available
Expected to ship within 4 hours from Australia.
Learn More
Free Shipping
for orders over $99.

All the Messianic Prophecies of the Bible
Herbert Lockyer
Paperback

The Moody Handbook of Messianic Prophecy: Studies and Expositions of the Messiah in the Hebrew Bible
Michael Rydelnik, Edwin Blum
Hardback

How on Earth Did Jesus Become a God?
Larry W Hurtado
Paperback

Messianic Christology is a study of Old Testament prophecy concerning the First Coming of the Messiah. Dr. Fruchtenbaum works his way through the Old Testament following the first century Jewish arrangement of the books, the arrangement that Jesus was familiar with. He shows from The Law, The Prophets and The Writings... how the revelation of the Messiah gradually progressed and built-up to reveal a magnificent picture of the Deliverer to come.

The Hebrew Scriptures formed the very basis for evangelism in the New Testament. First, Jesus with His disciples, and then the disciples themselves used the Old Testament to substantiate His claim to be the Messiah. When the messianic expectations of Hebrew prophecy are fully understood, it becomes clear that Jesus and only Jesus can fulfill these requirements.

DO YOU KNOW: That Chavah (Eve) mistakenly thought she had given birth to the promised God-man. Why Lamech believed his son was to be the Messiah? That at his time of death, Jacob prophesied to his fourth son and pinpointed the very time that Messiah would come in history. Who the covenant recorded in II Samuel 7 refers to, as opposed to who the parallel passage in I Chronicles 17 refers to? That there are two distinct prophesies in Isaiah 7, one to the wicked king Ahaz and another to the whole house of David? That Daniel 9 is only one of seven prophesies that insist upon Messiah's appearance on earth before a very significant historical event? That while the Jewish author of the Zohar sensed plurality in the unutterable name of God, the Hebrew Scriptures plainly teach that it is only possible to believe that Messiah is God if He is considered to be one member of the Godhead. The above is only a minute sampling of topics dealt with in Messianic Christology.

An entire supplemental section explains how the Old Testament reveals not only the plurality, but also the unity and triunity of the Godhead. Eleven in-depth appendices cover critical topics including: The Sons of God of Genesis 6, Rabbinic Views of Messiah and Isaiah 53, Why Did Messiah Have to Die?, Christ's Right to David's Throne, The Starting Point of the Seventy Sevens, How Did the Wise Men Know?, How the New Testament Quotes the Old Testament, The Death of Judas Iscariot, Jewish Objections to Jesus, and a detailed Table of Messianic Prophecies.

Messianic Christology is an absorbing study that will strengthen your faith, bless your heart, invigorate your worship, and empower your witness to Jew and Gentile.
-Publisher.

One of the foremost authorities on the nation of Israel, Dr. Arnold G. Fruchtenbaum (PhD., New York University) is a messianic believer and founder and director of Ariel Ministries , a Texas-based organization dedicated to evangelism and discipleship of Jewish people. Dr. Fruchtenbaum was born in Siberia after his father was released from a communist prison there. Aided by the Israeli underground, the Fruchtenbaum family escaped from behind the Iron Curtain. While living in Germany from 1947 to 1951, Arnold received Orthodox training from his father , who had himself been reared to assume Chasidic (ultra-orthodox Jewish) leadership in Poland, only to later lose most of his family and his faith to the Holocaust. The Fruchtenbaums immigrated to New York, and five years later, at age 13, Arnold came to saving faith. Having lived in Israel for three years, Dr. Fruchtenbaum's intensive study of the role of that nation in God's plan of world redemption has made him a much in-demand speaker at Bible conferences and schools throughout the world. He is the author of numerous books to assist Messianic Jews and all believers in commentaries on Judges and Ruth, The Messianic Jewsih Epistles (Hebrews, James, I & II Peter, and Jude), The Footsteps of the Messiah and Messianic Christology.

Atonement and the Death of Christ: An Exegetical, Historical, and Philosophical Exploration
William Lane Craig
Hardback