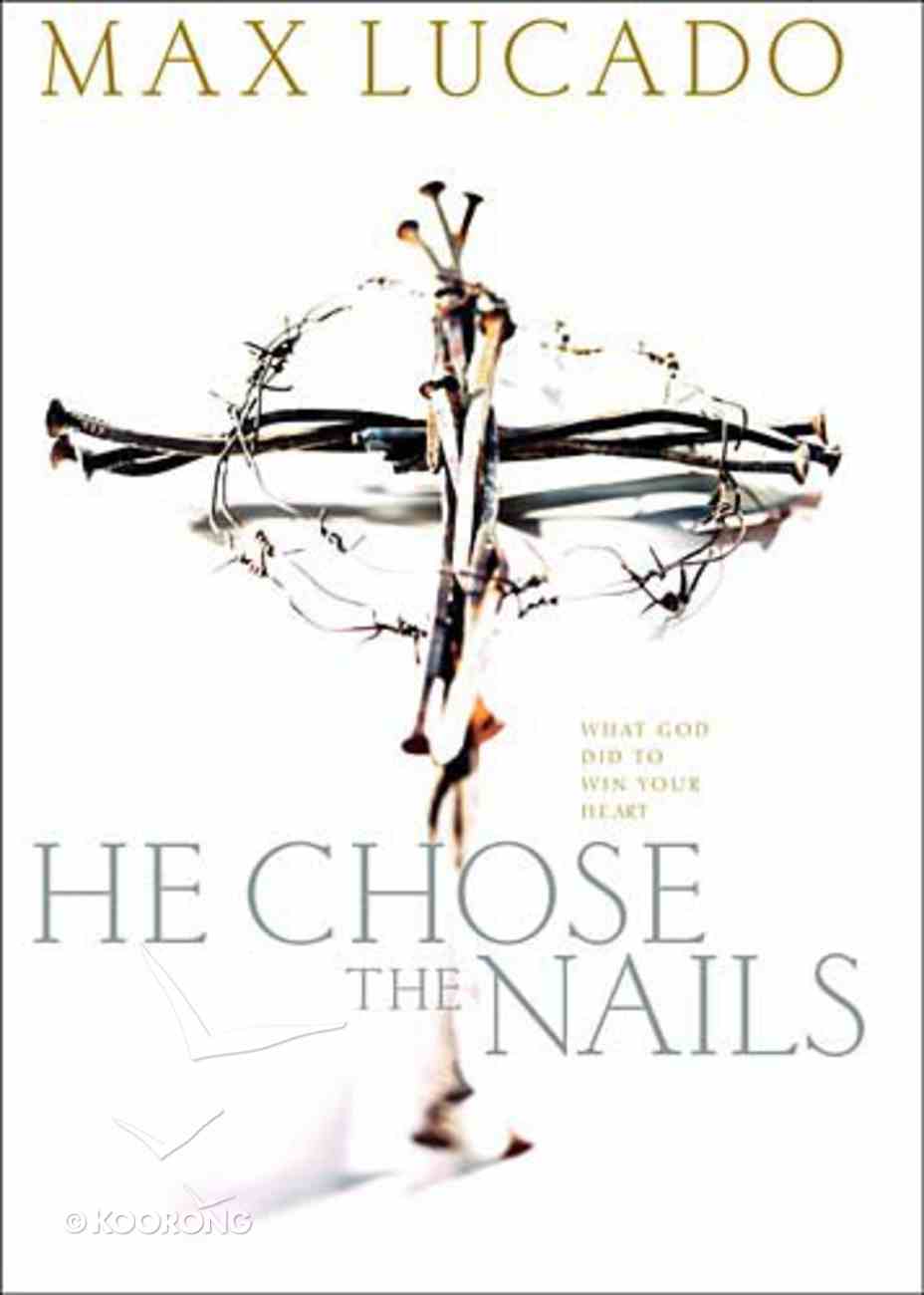 He Chose the Nails (Workbook)

Unavailable. This item is being reprinted. There will be a delay in fulfillment of your order.

He Fights For You
Max Lucado, Andrea Lucado
eBook

The wood. The thorns. The nails. Christ's sacrifice has defined the very essence of mankind's faith for the past 2000 years. And now, Max Lucado invites you to examine the cross, contemplate its purpose, and celebrate its significance with "He Chose the Nails." With his warm, caring style, Max examines the symbols surrounding Christ's crucifixion, revealing the claims of the cross and asserting that if they are true, then Christianity itself is true. The supporting evidence either makes the cross the single biggest hoax of all time, or the hope of all humanity. More than a book, the campaign includes the first stand-alone workbook, leaders guide, and video package from Max, as well as a praise & worship CD from Here to Him music featuring several of today's favorite Christian artists.
-Publisher

For much of his adult life, Len Woods has been involved in student ministry. He's been a wild-eyed summer intern, a clueless part-time youth director, and a mistake-making full-time student pastor. He's been a bumbling adult volunteer as well as a stumbling father of teenage sons. The former editor of Youthwalk, Len has also authored and helped create numerous books and Bible study materials for youth and youth leaders. A graduate of LSU and Dallas Theological Seminary, Len is now the lead pastor at Christ Community Church in Ruston, Louisana, where he still goofs up on a regular basis.

Dave Veerman worked for 26 years with Youth for Christ. He has authored more than 60 books including Youth Evangelism; Dave's Complete Guide to Junior High Ministry; Small Group Ministry with Youth; Tough Parents for Tough Times; and Letting Them Go.
He was a senior editor of the Life Application Study Bible and was the senior editor of the Student Life Application Study Bible. He is also on the Understanding Your Teenager teaching team. Dave is a founding partner in The Livingstone Corporation, a company that serves Bible publishers by creating, developing, and producing Bible-related product