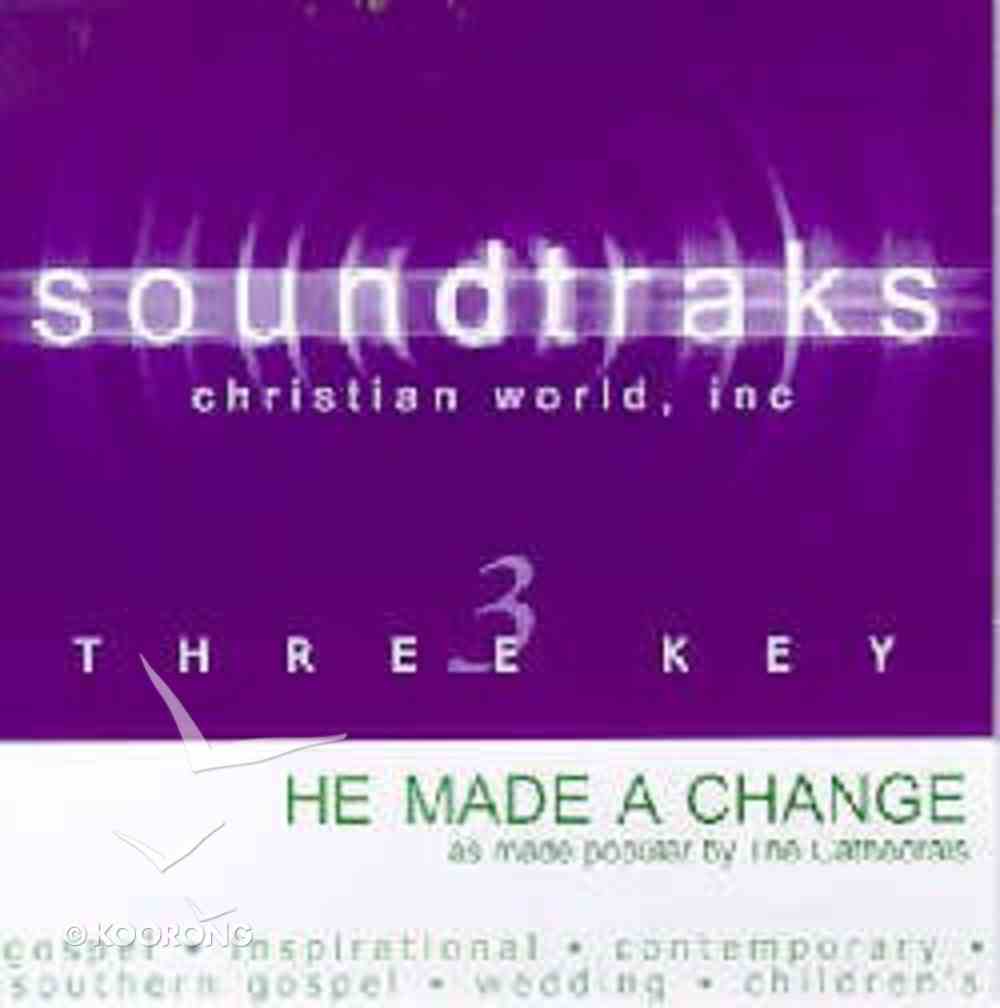 He Made a Change (Accompaniment)

by The Cathedrals
CD|Jan 2006
Product Rating: 0

Formed in 1964, this traditional Southern gospel vocal group (also known as the Cathedral Quartet) appeared regularly on Rex Humbard's Cathedral of Tomorrow broadcast in the '60s. The Cathedrals were led by bass George Younce and alto Glen Payne, known for their humorous onstage exchanges. Originally, Humbard formed the group as a trio, but they soon became a quartet comprising Payne, Younce, Danny Koker and Bobby Clark. Both Payne and Younce remained with the group since its inception; the other two spots have been filled by a number of singers. By 1994, the lineup stabilized with Ernie Haase and Scott Fowler on tenor and baritone vocals, respectively, and pianist Roger Bennett.
The Cathedral Quartet appeared on Humbard's show until 1969 and then set out on their own.Over the next decade, the group became one of the most popular Southern gospel groups around. In 1977, they won their first Grammy for Best Gospel Performance, and duplicated the feat in 1978, 1979, and 1982 as well. In 1977, they also won Dove Awards for Male Group of the Year and Best Southern Gospel Album (for Then...And Now) by the Gospel Music Association. In 1979, Koker and Clark left the group, beginning a long stream of replacements.
During the '70s and '80s, The Cathedrals had a long stream of number one gospel hits that included "Step Into the Water," "Can He, Could He, Would He," and "I've Just Started Living." From 1986 through 1990, The Cathedrals were featured at Bill Gaither's Praise Gathering for Believers, and continued to garner numerous awards from the GMA. In 1988, they became the first Southern gospel group to record in England with the London Philharmonic Orchestra for the album Symphony of Praise. In 1989, the group's 25th anniversary, the Gospel Music Voice named them Group of the Year, and Cash Box named Goin' in Style Southern Gospel Album of the Year. The Cathedrals continued to tour extensively in large churches and concert halls, although Payne's death on October 15, 1999 effectively cast that year's tour as their farewell.