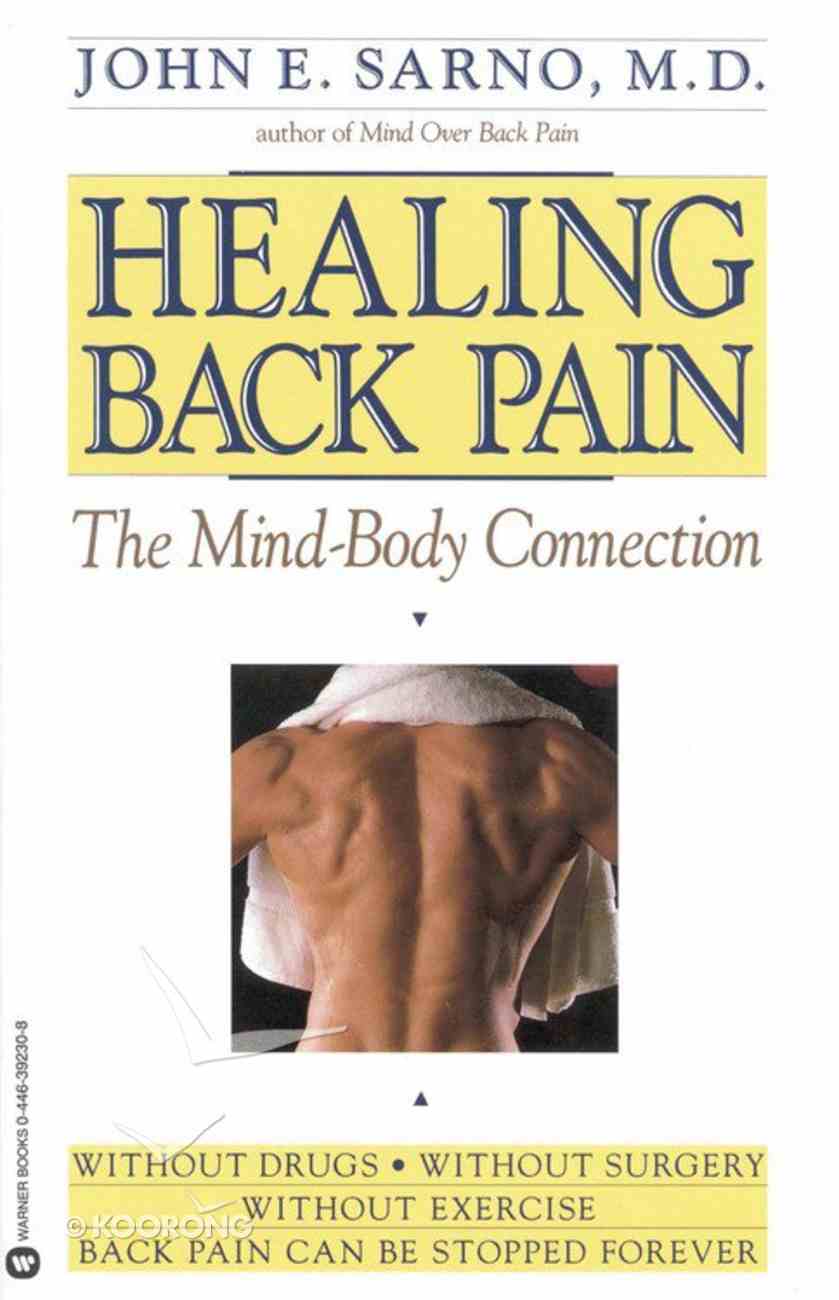 Healing Back Pain: The Mind-Body Connection

Healing Back Pain promises permanent elimination of back pain without drugs, surgery, or exercise. It should have been titled Understanding TMS Pain, because it discusses one particular cause of back pain--Tension Myositis Syndrome (TMS)--and isn't really a program for self-treatment,...

Deadly Emotions: Understanding the Mind-Body-Spirit Connection That Can Heal Or Destroy You
Don Colbert
Paperback

Healing Back Pain promises permanent elimination of back pain without drugs, surgery, or exercise. It should have been titled Understanding TMS Pain, because it discusses one particular cause of back pain--Tension Myositis Syndrome (TMS)--and isn't really a program for self-treatment, with only five pages of action plan (and many more pages telling why conventional methods don't work). According to John E. Sarno, M.D., TMS is the major cause of pain in the back, neck, shoulders, buttocks, and limbs--and it is caused not by structural abnormalities but by the mind's effort to repress emotions. He's not saying that your pain is all in your head; rather, he's saying that the battle going on in your mind results in a real physical disorder that may affect muscles, nerves, tendons, or ligaments. An injury may have triggered the disorder, but is not the cause of the amount or intensity of the resulting pain. According to Sarno, the mind tricks you into not facing repressed emotion by making you focus on pain in the body. When this realization sinks in ("and it must sink in, for mere intellectual appreciation of the process is not enough"), the trick doesn't work any more, and there's no need for the pain. (Healing Back Pain should not be used for self-diagnosis. Always consult a physician for chronic or acute back pain.) --Joan Price
-Publisher

One of the world's foremost back doctors examines new treatments to relieve pain without exercise, meditation, or physical therapy.
-Publisher

John Sarno believes the mind has everything to do with the body. In his best-selling book, Healing Back Pain: The Mind-Body Connection, Sarno declared that back pain is all in the head, noting that backaches, slipped discs, headaches and other chronic pains are caused by emotional distress. He claims that pains are due to the suppression of anger. If the anger is addressed, the pain will disappear. Sarno's follow-up book, The Mindbody Prescription: Healing the Body, Healing the Pain, goes further to say that other emotions including guilt, anxiety, depression and low self-esteem can manifest themselves as physical symptoms including fibromyalgia, migraine headaches, hay fever, colitis, ulcers, acne, and more. Sarno is also the author of Stroke and Mind Over Back Pain: A Radically New Approach to the Diagnosis and Treatment of Back Pain.