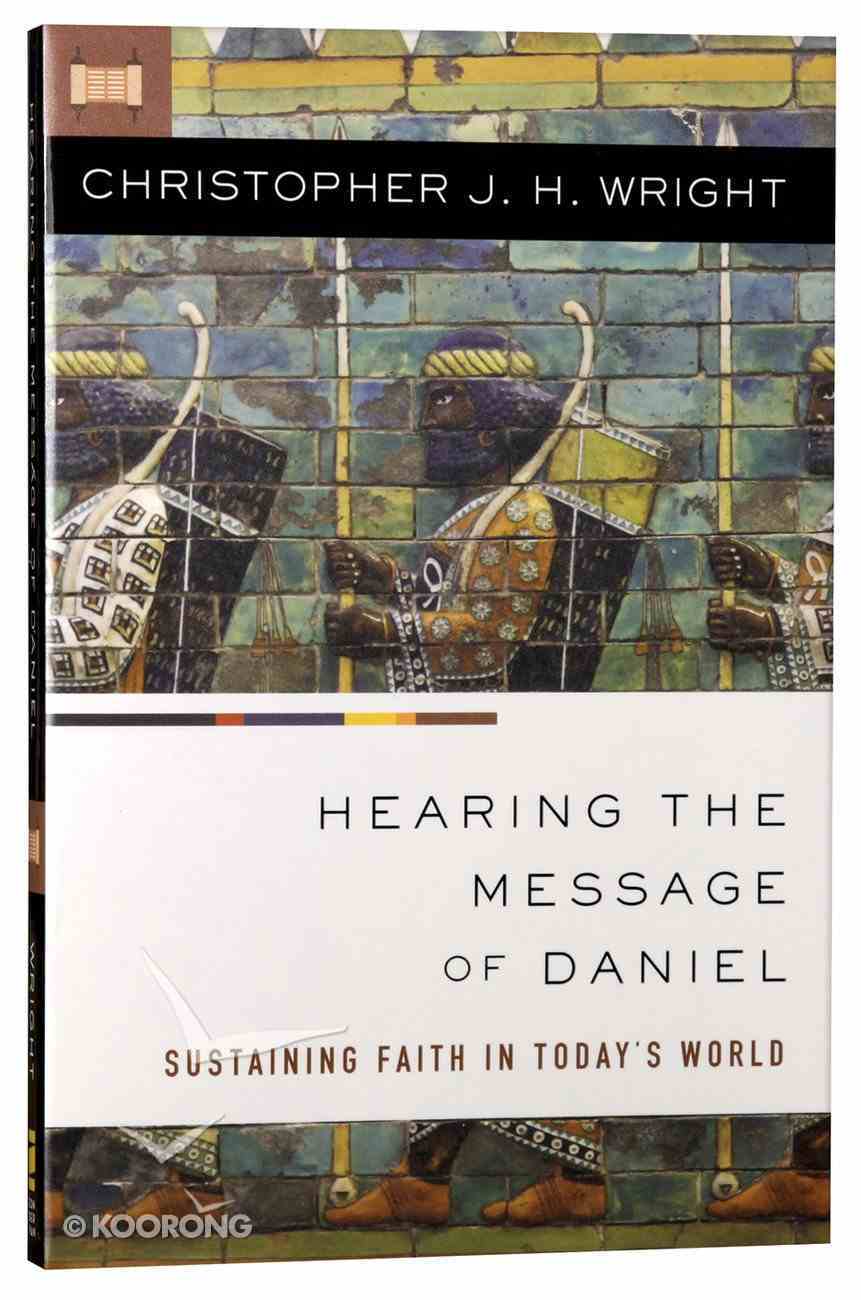 Hearing the Message of Daniel: Sustaining Faith in Today's World

A major theme of the book of Daniel is how people who worship the one, true God can conduct their lives in the midst of a culture and regime that are hostile and even life-threatening. Christopher Wright applies the lessons...

To the Cross: Proclaiming the Gospel From the Upper Room to Calvary
Christopher J H Wright
Paperback

Insights on the Book of Daniel: A Verse-By-Verse Study
Alan B Stringfellow
Paperback

A major theme of the book of Daniel is how people who worship the one, true God can conduct their lives in the midst of a culture and regime that are hostile and even life-threatening. Christopher Wright applies the lessons of Daniel to Christians under pressure in today's world.

:
In many corners of the world these days the climate of hostility hangs over any overt Christian faith commitment. Any kind of Christian commitment is now assumed to imply intolerance and often prompts reactions that range from a low-grade hostility and exclusion in the West to the vicious and murderous assaults on Christian believers in Pakistan, Nigeria, Kenya, Egypt, Syria and Iraq and elsewhere.


Such issues are not new. Christians have faced them ever since Nero's lions, and even before that. Jews also have faced the same questions all through their history, most tragically sometimes enduring horrendous persecution from states claiming to be Christian. So it is not surprising that the Bible gives a lot of attention to these questions.


The book of Daniel tackles the problem head on, both in the stories of Daniel and his friends, and in the visions he received. A major theme of the book is how people who worship the one, true, living God-the God of Israel-can live and work and survive in the midst of a nation, a culture, and a government that are hostile and sometimes life-threatening. What does it mean to live as believers in the midst of a non-Christian state and culture? How can we live "in the world" and yet not let the world own us and squeeze us into the shape of its own fallen values and assumptions?


The book was written to encourage believers to keep in mind that the future, no matter how terrifying it may eventually become, rests in the hands of the sovereign Lord God-and in that assurance to get on with the challenging task of living in God's world for the sake of God's mission.

Christopher J. H. Wright (Ph.D., Cambridge) was born in Belfast, Northern Ireland. His doctorate is in Old Testament ethics. He taught Old Testament in India for five years (1983-88) at Union Biblical Seminary, and then returned to the faculty of All Nations Christian College, a missionary training school in England, where he was principal from 1993-2001. Wright is now the international director of the Langham Partnership International (known in the United States as John Stott Ministries), providing literature, scholarships and preaching training for pastors in Majority World churches and seminaries.
He has written a number of informative books for thinking Christians including commentaries on Deuteronomy (New International Bible Commentary) and Ezekiel (The Bible Speaks Today), Old Testament Ethics for the People of God, The Mission of God, the Trilogy Knowing God the Father through the Old Testament, Knowing the Holy Spirit through the Old Testament, and Knowing Jesus through the Old Testament and The Uniqueness of Jesus. An ordained Anglican, he serves on the staff of All Souls Church, Langham Place, London, England. His most recent publications are The God I Don't Understand: Reflections on Tough Questions of Faith and Salvation Belongs To Our God.
-Editorial Review.

Daniel For You (God's Word For You Series)
David Helm
Paperback