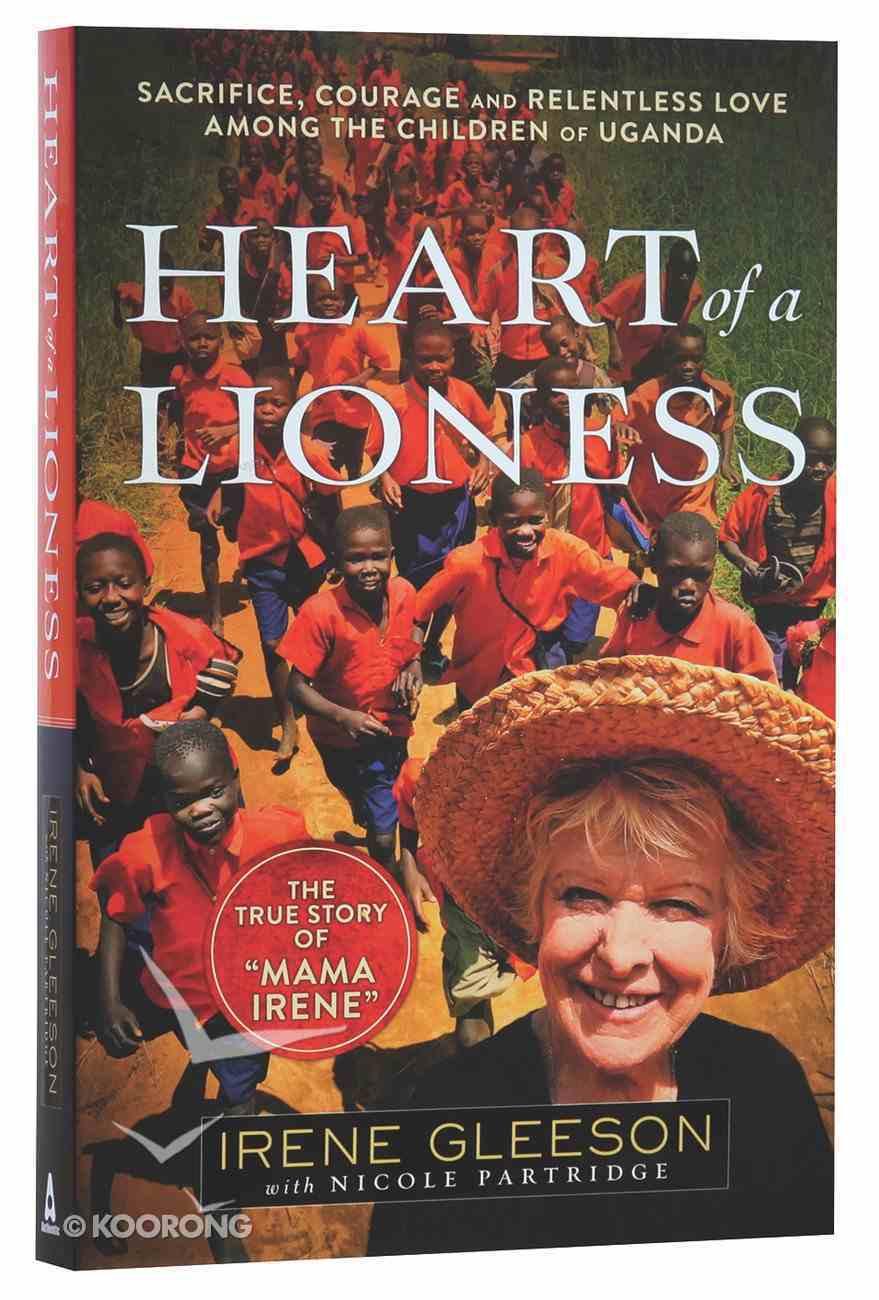 Irene Gleeson AO (1944-2013) was a shining example of faith in action. Drawn from her own recollections, this biography reveals how she was saved from a path of self-destruction, and risked all to move to Uganda and set up a...

Irene Gleeson AO (1944-2013) was a shining example of faith in action. Drawn from her own recollections, this biography reveals how she was saved from a path of self-destruction, and risked all to move to Uganda and set up a ministry that would rescue thousands of child soldiers and orphans.

At thirty-seven, Irene Gleeson was a broken woman. Her marriage had crumbled, her children were out of control and she had spiralled into a deep depression. Her life changed when she walked into a small beachside church and encountered God. Ten years later, she was on a plane bound for northern Uganda to rescue war-affected children. Armed with nothing but faith, courage and dogged determination, Irene sold her beach home, said goodbye to family, and hauled her tiny caravan 13,000 kilometres to Kitgum-an isolated community besieged by Joseph Kony and his brutal rebel group, the LRA. Under the shade of a mango tree, "Mama Irene" gathered the children of war and taught them to sing and read and write by scratching letters in the dust. And then, for the next twenty years, together with the locals, forged a ministry that would transform the lives of thousands of former child soldiers-a work now applauded by the rest of the world.

Heart of a Lioness bursts with drama and glows with miracles-a tale that brings Africa's culture and characters to life, capturing the horrors of war, the heartache of poverty, and the healing power of God's love through one woman. This story will captivate your imagination, challenge your beliefs and demonstrate that-regardless of who you are, or where you've come from-with God, anything is possible.

At 37, Irene Gleeson's life was all but over. Her first marriage had fallen apart, her family home had been sold and her children were on a path of self-destruction. Disillusioned and anxious, she sought answers in all manner of places, but when this all came to nothing, she spiralled further into the abyss. Broke and depressed, suicidal and trawling the night clubs looking for love, Irene made an unexpected discovery of God's love on the 28th of November, 1982. Standing at the back of a small beachside church, the presence of God embraced her, and in that moment, she was finally free. With a renewed sense of purpose, peace and several answered prayers, Irene asked this of her saviour: "Jesus, you've done this for me, what can I do for you?" What followed was a commitment by Irene and her then second husband to sponsoring children from around the world and embarking on short-term missions' trips. But it was a visit to Ethiopia in 1988 to meet their sponsored children that would be the turning point. In February 1992, Irene and her husband sold up everything, waved goodbye to family and friends and shipped their modest aluminium caravan 12,000 kms from the warm, white sands of Australia to the red, dust of Uganda. In a small isolated community on the Sudan border, the couple began their work of rescuing and rehabilitating child soldiers and orphans. Irene taught the children to sing and then to read and write - eventually adding feeding, education and medical care to her repertoire. While the work continued to grow and flourish, her relationship didn't, and before long, she found herself alone - yet again. Irene forged ahead despite the hardships - extreme isolation, swelteringly hot days, repeated bouts of malaria and several attacks by rebels. Hand in hand with Jesus, she carved out a global organisation that has left an indelible imprint on the hearts and lives of 20,000 war affected Ugandans.
Heart of a Lioness will take readers on Irene's journey of obedience, sacrifice and unwavering faith. A moving narrative filled with drama, humour and deeply personal insights, Irene recounts story after story of God's miracles amidst the frustrations of running a ministry as an older single white woman. The book will challenge and inspire readers to find their mission in life and will reinforce the notion that no matter who you are, or where you've been - it's never too late to find your purpose.
-Publisher

Finding Faith in Unexpected Places: How a Spiritual Awakening on the Hippy Trail Led to Sharing God's Love in Nepal
Geoff Walvin
Paperback