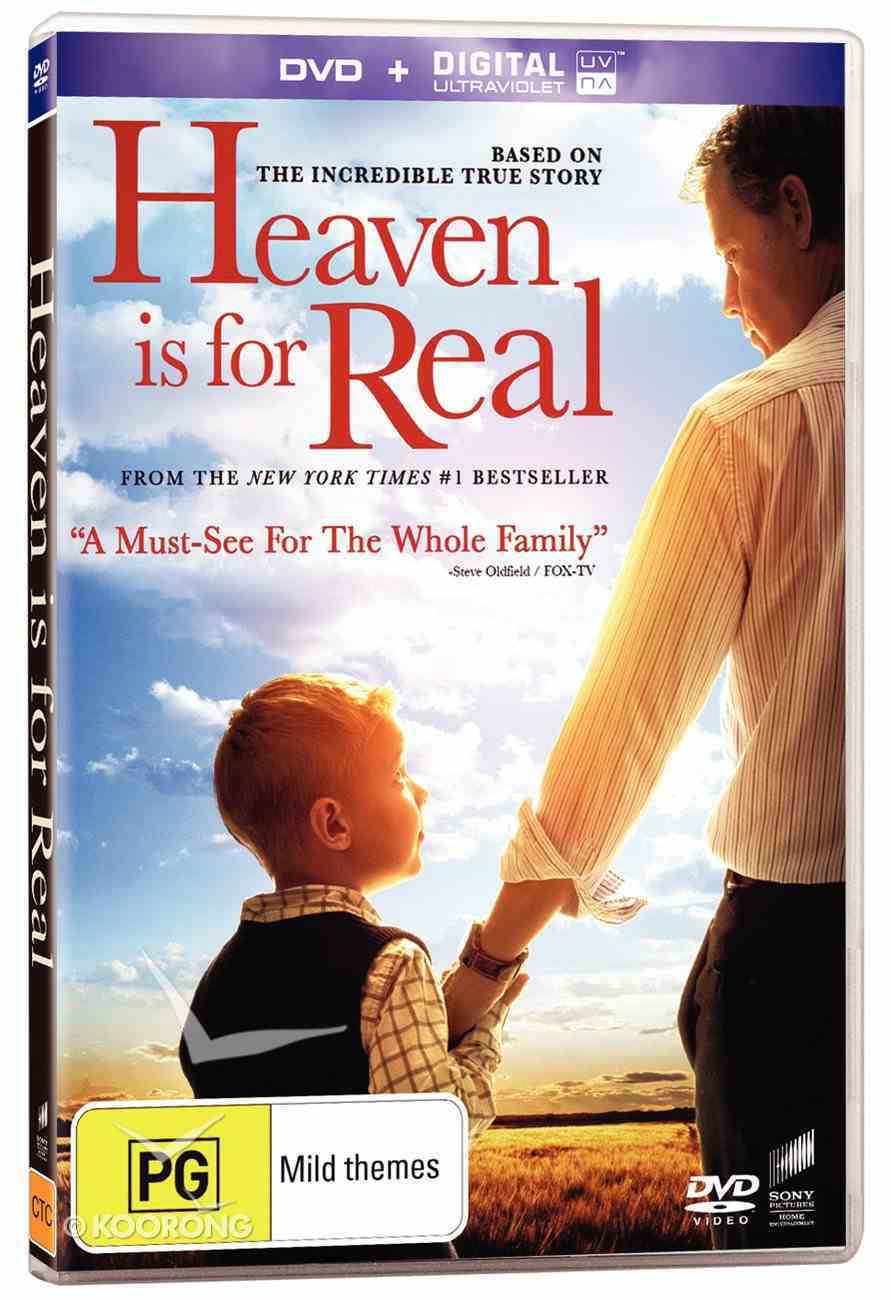 Heaven is For Real Movie

AVAILABLE 25TH SEPT 2014 Based on the #1 New York Times best-selling book of the same name, HEAVEN IS FOR REAL brings to the screen the story of a small-town father who must find the courage and conviction to...

Im in Love With a Church Girl
DVD

Do You Believe Movie
DVD

Based on the #1 New York Times best-selling book of the same name, HEAVEN IS FOR REAL brings to the screen the story of a small-town father who must find the courage and conviction to share his son's extraordinary, life-changing experience with the world. The film stars Academy Award nominee and Emmy award winning actor Greg Kinnear as Todd Burpo and co-stars Kelly Reilly as Sonja Burpo, the real-life couple whose son Colton (newcomer Connor Corum) claimed to have visited Heaven during a near death experience. Colton recounts the details of his journey with childlike innocence and speaks matter-of-factly about things that happened before his birth ... things he couldn't possibly know. Todd and his family are then challenged to examine the meaning from this remarkable event.

Todd Burpo is the pastor of Crossroads Wesleyan Church in Imperial, Nebraska (Population: 1,762) where his sermons are broadcast locally every Sunday via the local radio station. He volunteers at Chase County Public Schools as wrestling coach for Junior high school students, as well as serving as a member of the school board.
In emergencies Todd can be found working shoulder-to-shoulder with the Imperial Volunteer Fire Department as a fire fighter. He is also the chaplain for the Nebraska State Volunteer Firefighter's Association. To support his family, Todd also operates a company called Overhead Door Specialists. Todd graduated from Oklahoma Wesleyan University in 1991 with a BA in Theology. He was ordained in 1994.