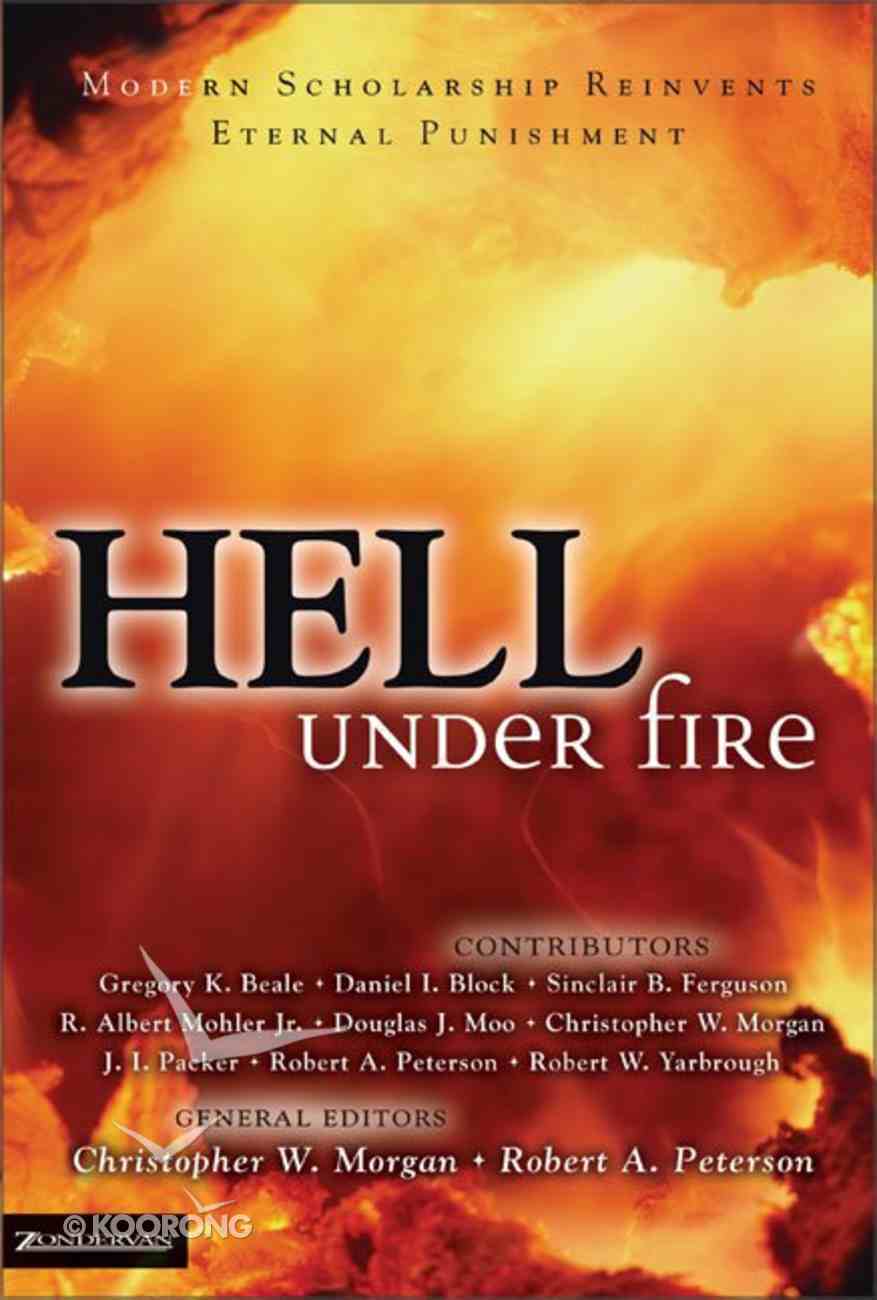 Of all the teachings of Christianity, the doctrine of hell is easily the most troubling, so much so that in recent years the church has been quietly tucking it away. Rarely mentioned anymore in the pulpit, it has faded through...

5 available
Expected to ship within 14 hours from Australia.
Learn More
Free Shipping
for orders over $99.

Is Hell For Real?: And Other Questions About Judgment, Eternity and the God of Love (Questions Christian Ask Series)
Erik Raymond
Paperback

Of all the teachings of Christianity, the doctrine of hell is easily the most troubling, so much so that in recent years the church has been quietly tucking it away. Rarely mentioned anymore in the pulpit, it has faded through disuse among evangelicals and been attacked by liberal theologians. Hell is no longer only the target of those outside the church. Today, a disturbing number of professing Christians question it as well. Perhaps more than at any other time in history, hell is under fire.

The implications of the historic view of hell make the popular alternatives, annihilationism and universalism, seem extremely appealing. But the bottom line is still God's Word. What does the Old Testament reveal about hell? What does Paul the apostle have to say, or the book of Revelation? Most important, what does Jesus, the ultimate expression of God's love, teach us about God's wrath?

Upholding the authority of Scripture, the different authors in Hell Under Fire explore a complex topic from various angles. R. Albert Mohler Jr. provides a historical, theological, and cultural overview of "The Disappearance of Hell." Christopher Morgan draws on the New Testament to offer three pictures of hell as punishment, destruction, and banishment. J. I. Packer compares universalism with the traditional understanding of hell, Morgan does the same with annihilationism, and Sinclair Ferguson considers how the reality of hell ought to influence preaching. These examples offer some idea of this volume's scope and thoroughness.

Hell may be under fire, but its own flames cannot be quenched by popular opinion. This book helps us gain a biblical perspective on what hell is and why we cannot afford to ignore it. And it offers us a better understanding of the One who longs for all people to escape judgment and obtain eternal life through Jesus Christ. 256 pages, from Zondervan.

This book provides a biblical, systematic, and practical theology of hell. The contributors to this volume unite in affirming the historic Christian doctrine regarding the final destiny of the unsaved: They will suffer everlasting conscious punishment away from the joyous presence of God.
-Publisher

Hell under Fire Copyright 2004 by Christopher W. Morgan and Robert A. PetersonRequests for information should be addressed to: Zondervan, Grand Rapids, Michigan 49530Library of Congress Cataloging-in-Publication Data Hell under fire / Christopher W. Morgan and Robert A. Peterson, general editors-1st ed. p. cm. Includes bibliographical references and index. ISBN 0-310-24041-7 1. Hell-Christianity. 2. Hell-Biblical teaching. I. Morgan, Christopher W. 1971-II. Peterson, Robert A., 1948-. BT836.3.H45 2004 236''.25-dc22 2004006766 CIPThis edition printed on acid-free paper.All Scripture quotations, unless otherwise indicated, are taken from the Holy Bible: New International Version. NIV. Copyright 1973, 1978, 1984 by International Bible Society. Used by permission of Zondervan. All rights reserved.The website addresses recommended throughout this book are offered as a resource to you. These websites are not intended in any way to be or imply an endorsement on the part of Zondervan, nor do we vouch for their content for the life of this book.All rights reserved. No part of this publication may be reproduced, stored in a retrieval system, or transmitted in any form or by any means-electronic, mechanical, photocopy, recording, or any other-except for brief quotations in printed reviews, without the prior permission of the publisher.Interior design by Nancy WilsonPrinted in the United States of America04 05 06 07 08 09 10 /.DC/ 10 9 8 7 6 5 4 3 2 1We affectionately dedicate this book to our students, at California Baptist University and Covenant Theological Seminary, respectively, who have helped us grapple with issues concerning heaven and hell.CHRISTOPHER W. MORGAN and ROBERT A. PETERSONChapter 1 MODERN THEOLOGY: THE DISAPPEARANCE OF HELL R. Albert Mohler Jr."At some point in the nineteen-sixties, Hell disappeared. No one could say for certain when this happened. First it was there, then it wasn''t. Different people became aware of the disappearance of Hell at different times. Some realized that they had been living for years as though Hell did not exist, without having consciously registered its disappearance. Others realized that they had been behaving, out of habit, as though Hell were still there, though in fact they had ceased to believe in its existence long ago. . . . On the whole, the disappearance of Hell was a great relief, though it brought new problems".David Lodge, Souls and BodiesA fixture of Christian theology for over sixteen centuries, hell went away in a hurry. The abandonment of the traditional doctrine of hell came swiftly, with centuries of Christian conviction quickly swept away in a rush of modern thought and doctrinal transformation. Historian Martin Marty reduced the situation down to this: "Hell disappeared. No one noticed."The traditional doctrine of hell now bears the mark of odium theologium-a doctrine retained only by the most stalwart defenders of conservative theology, Catholic and Protestant. Its defenders are seemingly few. The doctrine is routinely dismissed as an embarrassing artifact from an ancient age-a reminder of Christianity''s rejected worldview.The sudden disappearance of hell amounts to a theological mystery of sorts. How did a doctrine so centrally enshrined in the system of theology suffer such a wholesale abandonment? What can explain this radical reordering of Christian theology?The answer to this mystery reveals much about the fate of Christianity in the modern world and warns of greater theological compromises on the horizon, for, as the church has continually been reminded, no doctrine stands alone. Each doctrine is embedded in a system of theological conviction and expression. Take out the doctrine of hell, and the entire shape of Christian theology is inevitably altered.Background: Hell in Christian HistoryThe traditional doctrine of hell was developed in the earliest centuries of Christian history. Based in the New Testament texts concerning hell, judgment, and the afterlife,
-Publisher