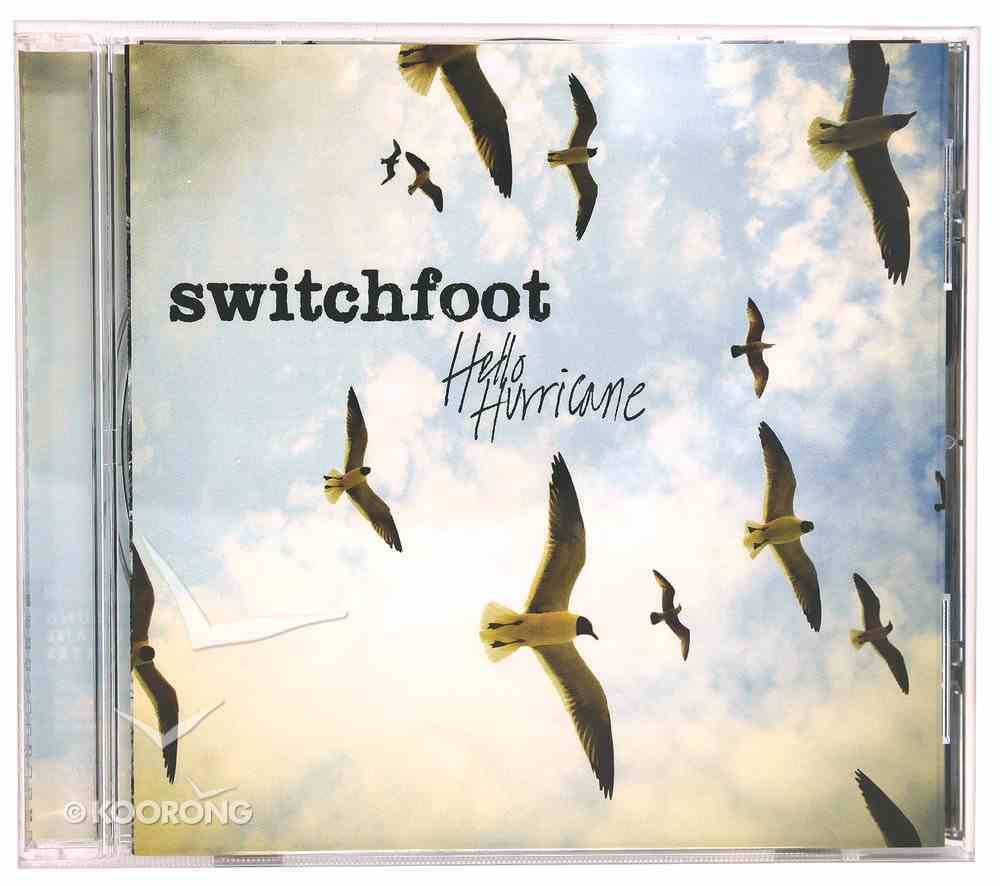 "Hello Hurricane acknowledges the storms that tear through our lives," states Switchfoot singer and songwriter Jon Foreman. "This album is an attempt to respond to those storms with an element of hope, trying to...

Where the Light Shines Through
Switchfoot
CD

"Hello Hurricane acknowledges the storms that tear through our lives," states Switchfoot singer and songwriter Jon Foreman. "This album is an attempt to respond to those storms with an element of hope, trying to understand what it means to be hopeful in a world that keeps on spinning."

With Hello Hurricane, Switchfoot is set to thrive in 2009 with a newfound independence: a new home studio HQ, a new label, and a return-to-roots creativity and sense of purpose. After ten non-stop years of working as the world's most humble multi-million selling rock band, the hard-charging North County San Diego-based quintet saw recording sessions for their aptly-titled seventh full-length album as a unique chance to reassess, reflect, and rededicate.

"We built our own studio so we wouldn't be paying and playing by the hour," says Foreman of their self-styled Studio of the Foot home. Beginning in 2007, the band tracked more than 80 songs and allowed themselves to get lost in the music again and get back to basics. "That's why we see this album as a new beginning of sorts," continues Foreman, citing the inspiration that likewise moved bandmate/brother Tim Foreman (bass), Chad Butler (drums), Jerome Fontamillas (keyboards), and Drew Shirley (guitar). "For us it was a feeling of true freedom."

The album's driving and urgent 'Mess of Me' ? with its personal declaration of independence, as Foreman passionately announces to the world that "I wanna spend the rest of my life alive!" ? powerfully demonstrates the edge behind the new tones. Not content to settle into a single groove, the band moves from the high flying album opener, 'Needle and Haystack Life', to songs like the stirring 'Always Yours' and the sweetly soaring 'Your Love is a Song', which ? by its very nature ? cries out for many waving hands illuminated by a blue cell phone glow.

The anthemic, riff fuelled 'This is the Sound', with its utterly timely generational themes, finds Foreman spitting, "This is the sound from the discontented mouths of a haunted nation!" The 'Hello Hurricane' title track is even more poignant when it comes to the band's perspective on themselves and the world around them. "I'm not talking about 'Rock You Like a Hurricane'," says Foreman with a wink before turning reflective. "There is a real despair that I see when we travel around the country and it's music that people turn to in a time like this. I wanted to reach out to those people with song." 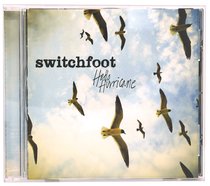 Howdy, my name is Jon. I play guitar and sing in a San Diego band called Switchfoot. We started out as a three piece: Tim (my brother) playing the bass, Chad, (my college buddy) playing the drums, and myself writing the tunes. Our first record came out the week after my brother graduated from high school. We called it: The Legend of Chin, naming it after my best friend. Willis. We traveled around that summer and went back to school in the fall. A few years later we put out a record called New Way to be Human and I dropped out of college. We decided to really give music a go and started touring a bit more seriously.

After that, we put out a record called Learning to Breathe. My friend Jerome called and told me he had just quit his day job. Our band had been playing shows with Jerome's old band for years so we joined forces with Jerome and now he plays the keyboards and guitars with us every night. We made a record called The Beautiful Letdown a few years later. Then our friend Drew's band broke up. He plays the guitar in our band now. Then we made a record called Nothing is Sound and decided a five piece was enough to accomplish what we wanted to do live. So we decided not to enlist any more of our friends for help on stage.

And now, a few tips on making your own band's t-shirts in between gigs: hotel hairdryers help the fabric paint dry faster, three ring binders and a razor blade are all you need for a stencil, sponges work best for applying the ink. I think we like doing things ourselves because no one cares about the music more than we do. We've stuffed our own CD cases. We've done the sixteen-hour drives. I feel that we've paid our dues on the road as much as anyone. But still, we never really fit in with the "cooler than thou" hipsters. I suppose it's a matter of course: we've always wanted to make music for everyone, not just for the scene. We've tried our best to live out the idea that it's better to be honest than momentarily cool.

And so this past summer when we set out to record a new record, we tried to put all pressures and expectations aside and focus on the music. We wanted to make a record that was honest. A record that didn't trip on itself. A record that represented everything that we first fell in love with about music. We tried to forget about theory and pitch and timing and focus on feeling. As a result, I think that Oh! Gravity is the most honest thing we've ever done. I am so proud of these tunes and hope that they resonate with you like they do for us.

In closing, I am so grateful for the gifts that I've been given. Near the top of the list would be the camaraderie that we have with each other on the road. Besides the fact that my brother's in the band, it really does feel a family out there on tour. I know it's not the cocky rock-and-roll thing to say, but I am so proud to be making music with these guys every night. I feel so privileged to be able to play these songs with them. I love screaming these songs out with them. And I have a deep respect for everyone who comes every night. We have always tried to break down the wall between the stage and the audience. I feel like I've done my job if we leave the stage while everyone in the club is still singing. Communication has always been the goal. You see, I want to sing a song that will continue long after we're gone.