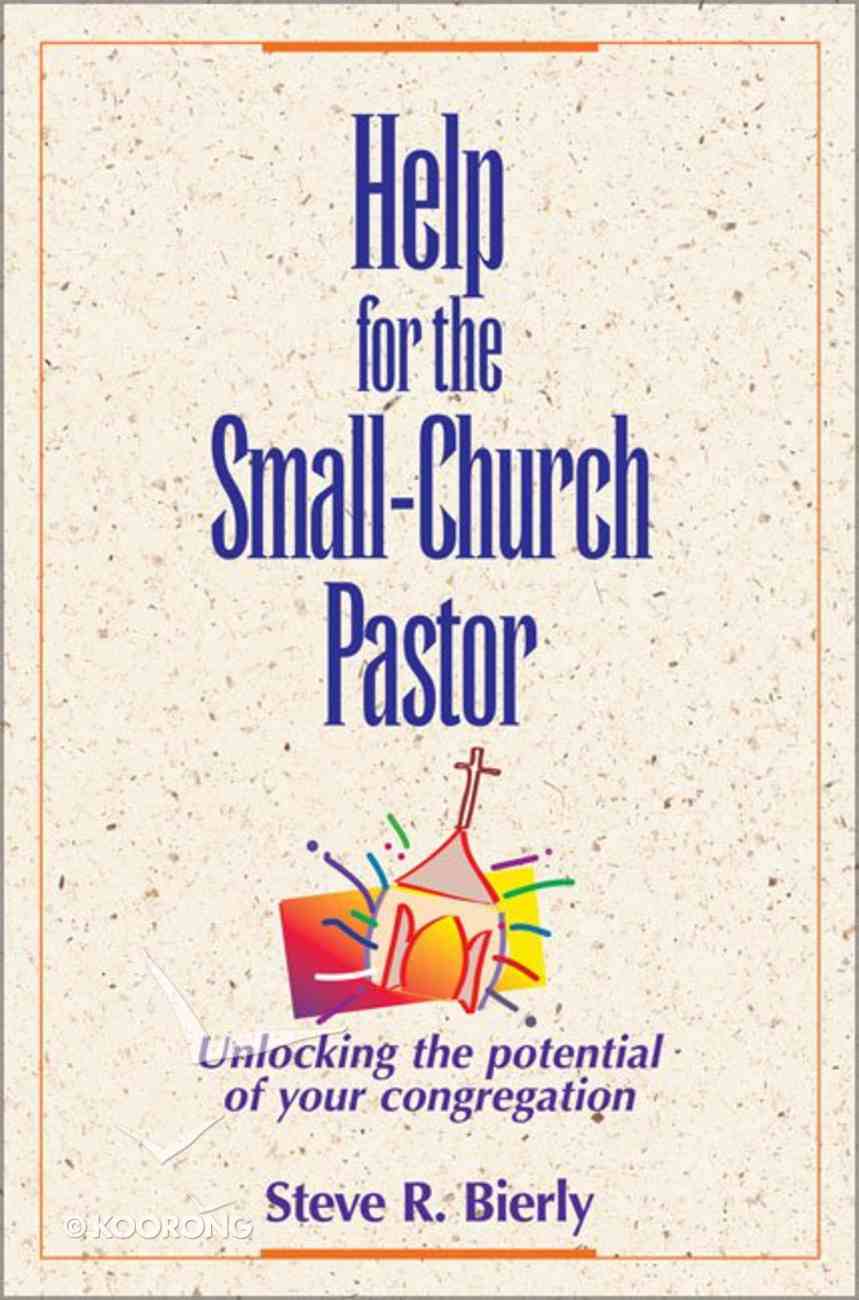 Help For the Small-Church Pastor

Churches of less than 150 remain the rule rather than the exception in American Christianity. However, seminaries don't equip their students in every way that's necessary to effectively lead smaller congregations -- despite the fact that most seminary graduates will...

The Pastor's Wife: Strengthened By Grace For a Life of Love
Gloria Furman
Paperback

Burn Out: How to Survive Pastoral Overload!
Steve Bagi
Paperback

A Better Way: A Better Way For Life and Ministry
David Barter
Paperback

The Power of Two: Delighting in the Leadership Dance
Danny Hunt
Paperback

The Pastor's Soul: The Call and Care of An Undershepherd
Brian Croft, Jim Savastio
Paperback

Churches of less than 150 remain the rule rather than the exception in American Christianity. However, seminaries don't equip their students in every way that's necessary to effectively lead smaller congregations -- despite the fact that most seminary graduates will becomes small-church pastors. Help for the Small-Church Pastor offers pastors of small churches the guidance and encouragement they need. In this common-sense book, Steve Bierly draws from his eleven years in ministry to show what makes smaller congregations tick. Help for the Small-Church Pastor provides practical insights on uniquely "small-church" issues, such as-- The characteristics of small churches - How to work effectively as an "insider" within the small church - How God is at work in powerful ways in smaller assemblies - How to motivate your church toward positive change and true growth - How to invest your own time and energy in the right directions - How your church can reach out to the community in ways that a
-Publisher

Introduction: The Good Race or the Great Waste? I almost demanded my money back! I had come to this two-day seminar to learn how I could lead my small congregation to numerical growth. Yet the speakers all admitted, with sheepish grins, that their ideas wouldn't work in small, established, traditional congregations. In fact, the speakers urged those of us who served in small churches to resign and go plant new congregations based on the principles outlined at the seminar. When it came to small churches, 'let the dead bury their own dead' was the speakers' motto. If I wanted to be on 'the cutting edge' of what God is doing today, I had to kiss the small church good-bye. I suppose I shouldn't have been surprised at the speakers' attitudes. After all, they were only verbalizing what many people believe---that God's relationship with the small congregation is like a young man's relationship with his ninety-two-year-old great-grandfather who is in a coma in the hospital. The young man is sorry to see his great-grandfather in this condition. He feels a sense of love and obligation toward his great-grandfather, mostly based on things that happened in the past. He visits his great-grandfather once a week, but it seems like a waste of time. Great-granddad doesn't respond to anything or anyone anyway. What kind of a life is that? There is a part of the young man that just wishes the doctors and nurses would turn off the life-support machines and let great-grandfather die already. In the thinking of many, the small church is like the great-grandfather. It won't respond to any outside stimuli, and God must be wishing that it would die already. Then he could get on with his life and spend his time hanging out in the Crystal Cathedral, Willow Creek Community Church, and Coral Ridge. Often the powers that be in denominations and even within small churches themselves don't really expect much to happen in these churches. Lyle E. Schaller points out that in the United Methodist Church, for example, small churches are likely to 'have a series of very short pastorates, usually four years or less'; 'be perceived by many members as a post-seminary apprenticeship for young pastors on their way up the conference ladder of appointments'; and 'not be expected by denominational leaders to grow in size.' Many pastors don't expect much to happen in small churches either. A young pastor confessed to me, 'When I came to this church three years ago, I threw myself into the work. I tried to start new Bible study groups, researched outreach programs, and set about to determine how the congregation could best minister to the community. However, I soon discovered that the people here weren't interested in any of that stuff. Basically, they want me to preside at business meetings, preach a sermon during the worship service, teach an adult Sunday school class, marry, and bury---and that's it. So that's all I do. I've given up trying to move them forward.' When I asked if he was happy, the pastor sighed, 'No, but at least I have a job and can support my family.' I saw a chilling preview of what this pastor might be like at the end of his career when an older pastor told me, 'I feel as though my entire life has been a waste. If I had it to do all over again, I would never choose to spend my productive years ministering in my small congregation. Get out and move on while you can, Steve. It's too late for me now. Pastors nearing retirement tend to be consigned back into small churches.' Yet I also know a minister who felt differently when he retired from a lifetime of pastoring small congregations. He looked back on his years of service with gratitude, particularly the eighteen years with his last church. This pastor blessed the Lord that he had made him worthy to shepherd the dear people the pastor was leaving behind. He marveled that the church had been changed through his ministry. The lay leadership had caught his vision and pledged themselves to continue the programs he had started. Although they were deeply sorry to see their pastor go, they believed that, through his ministry, God had prepared them for great things ahead. Before this pastor's experience is written off as 'there are some good congregations out there and he just happened to find one,' I need to explain that the church was not perfect by any means. They still wrestled with the kinds of problems that cause pastors to bail out of small churches: inadequate facilities; power struggles; meeting financial obligations (how to pay off a mortgage and pay a pastor at the same time); clashes between newcomers and longtime members, traditionalists and progressives, older and younger generations; lack of volunteers to staff the Sunday school and other programs; and 'Just whose responsibility is it to turn up the sanctuary heat before choir practice, anyway?' All of these problems left their mark on the pastor. He wasn't a Pollyanna nor a Mr. Spock who could convince himself, 'There is no pain. There is no pain.' He had spent long days and sleepless nights burdened with the cares of the ministry. However, through it all he developed a very biblical, positive attitude toward small-church ministry. He viewed the congregation not as enemies or stubborn people who stood in the way of what needed to be done but as beloved and valuable brothers and sisters for whom Christ died (1 Corinthians 12:4--13; Ephesians 5:25--30; 1 Thessalonians 2:8, 11--12). He always looked for the good that he was sure would come out of even the most intense struggles because he was sure God was at work, building and refining the church (Matthew 16:18; Romans 8:28--39; Philippians 1:3--6; 4:4--8; 1 Peter 1:3--7). It was this positive attitude that enabled him to stay on the job so many years and was the key reason the congregation followed his lead.