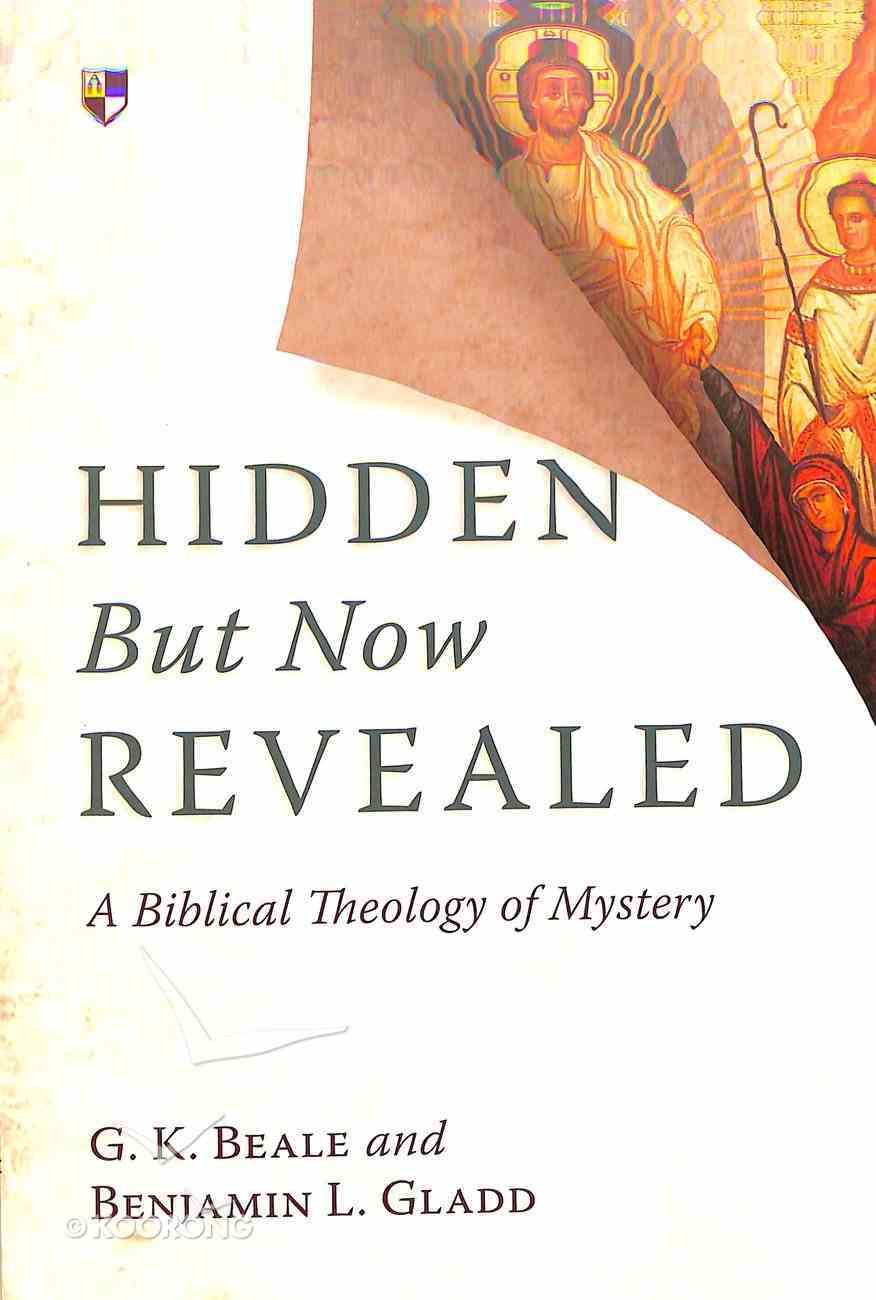 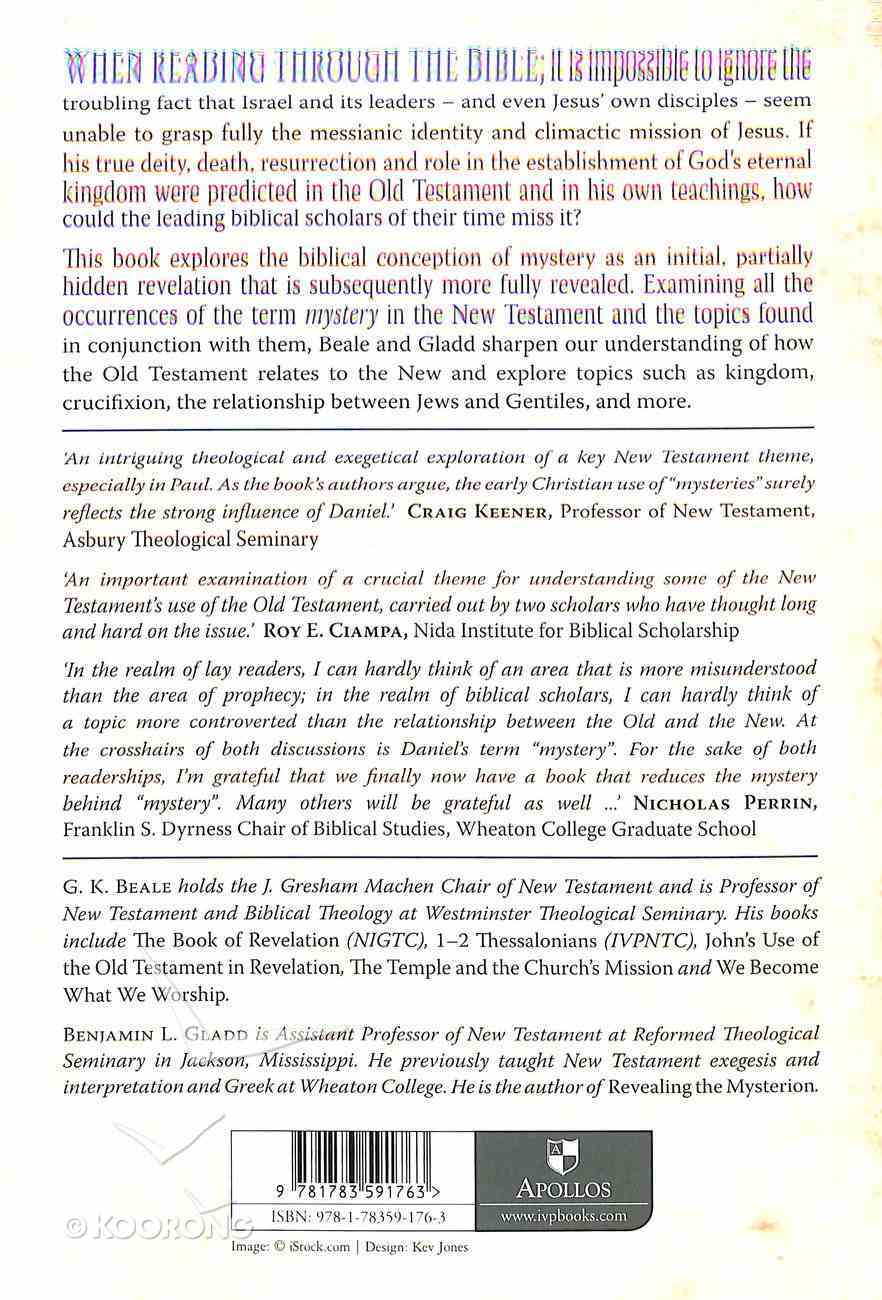 2014 Readers' Choice Award Winner When reading through the Bible, it is impossible to ignore the troubling fact that Israel and its leaders - and even Jesus' own disciples - seem unable to fully grasp the messianic identity and...

When reading through the Bible, it is impossible to ignore the troubling fact that Israel and its leaders - and even Jesus' own disciples - seem unable to fully grasp the messianic identity and climactic mission of Jesus. If his true deity, his death and resurrection and his role in the establishment of God's eternal kingdom were predicted in the Old Testament and in his own teachings, how could the leading biblical scholars of their time miss it?

This book explores the biblical conception of mystery as an initial, partially hidden revelation that is subsequently more fully revealed, shedding light not only on the richness of the concept itself, but also on the broader relationship between the Old and New Testaments. Exploring all the occurrences of the term mystery in the New Testament and the topics found in conjunction with them, this work unpacks how the New Testament writers understood the issue of continuity and discontinuity. This investigation of the notion of mystery sharpens our understanding of how the Old Testament relates to the New and explores topics such as kingdom, crucifixion, the relationship between Jews and Gentiles and more. As such, it is a model for attentive and faithful biblical theology intended for students, scholars, pastors and lay people who wish to seriously engage the Scriptures.

"In the realm of lay readers, I can hardly think of an area that is more misunderstood than the area of prophecy; in the realm of biblical scholars, I can hardly think of a topic more controverted than the relationship between the Old and the New. At the crosshairs of both discussions is Daniel's term 'mystery.' For the sake of both readerships, I'm grateful that we finally now have a book that reduces the mystery behind 'mystery.' Many others will be grateful as well, and will want a copy for their own library."
- Nicholas Perrin, Franklin S. Dyrness Chair of Biblical Studies, Wheaton College Graduate School

"An intriguing theological and exegetical exploration of a key New Testament theme, especially in Paul. As the book's authors argue, the early Christian use of 'mysteries' surely reflects the strong influence of Daniel."
- Craig Keener, professor of New Testament, Asbury Theological Seminary

"There are many books about the general concept of mystery and its related instances in the New Testament. However, Beale and Gladd have put forth a comprehensive survey of how 'mystery' is used in the New Testament. ... This careful, conservative analysis deserves the close attention of biblical scholars of any stripe."
- James Wetherbee, Library Journal, October 15, 2014

G. K. Beale (Ph.D., University of Cambridge) is Visiting Professor of New Testament at Westminster Theological Seminary, PA- while holding the position of Kenneth T. Wessner Professor of New Testament at Wheaton College Graduate School in Wheaton, Illinois. His books include The Book of Revelation (New International Greek Testament Commentary), 1-2 Thessalonians (The IVP New Testament Commentary Series), The Right Doctrine from the Wrong Texts? Essays on the Use of the Old Testament in the New, John's Use of the Old Testament in Revelation and The Temple and the Church's Mission: A Biblical Theology of the Dwelling Place of God. He is also a contributor to the New Dictionary of Biblical Theology and his most recent works are We Become What We Worship: A Biblical Theology of Idolatry, Colossians, Philemon (Baker Exegetical Commentary of the New Testament) and The Pastorals (Zondervan Exegetical Commentary).
-Editorial Review.