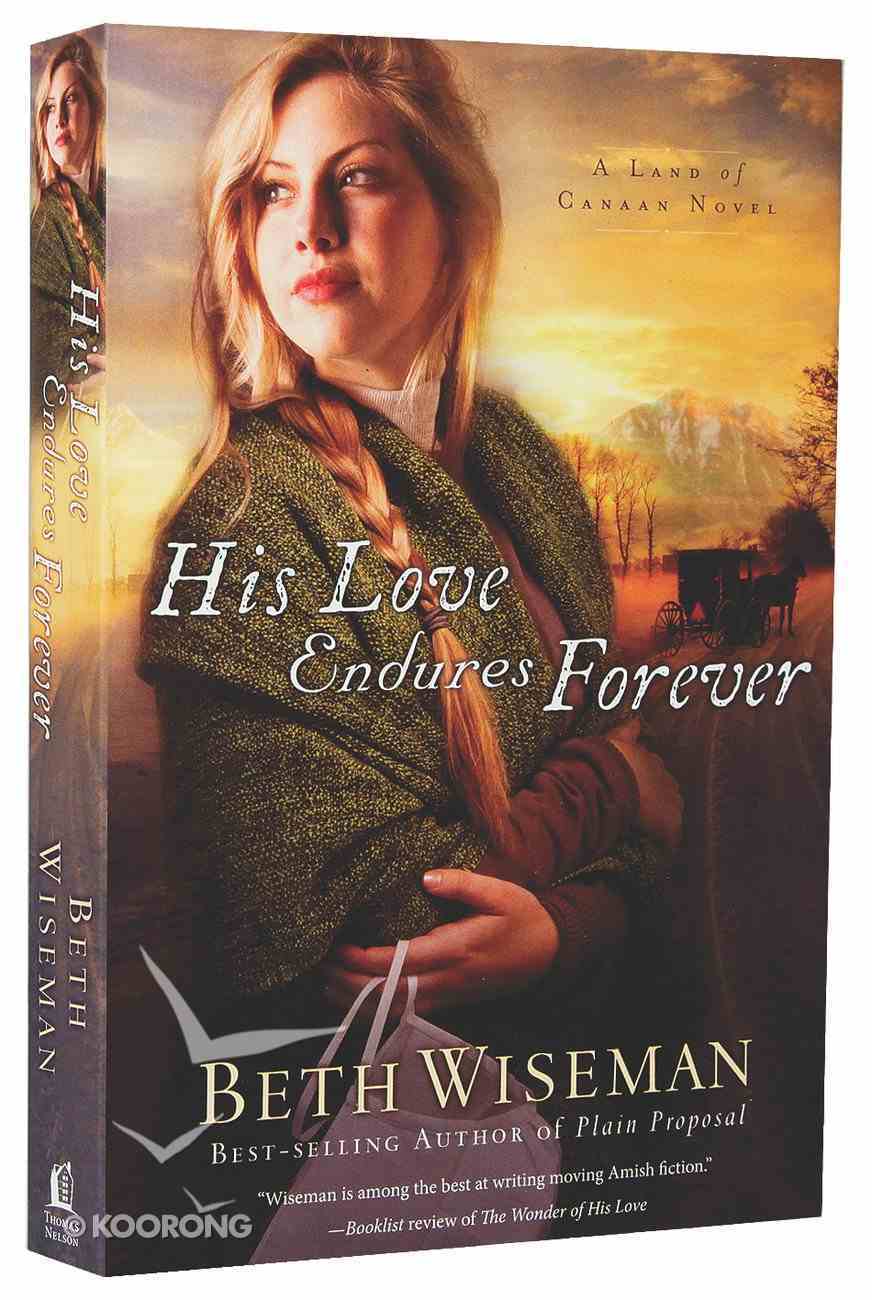 His Love Endures Forever (#03 in Land Of Canaan Series)

An unplanned pregnancy. An absent father. Does love really endure all things? Danielle Kent is 18, pregnant, and hopeful that the child's father-Aaron Lapp-will want to marry her and provide the life she's always dreamed of. Even though Aaron...

An unplanned pregnancy. An absent father. Does love really endure all things?


Danielle Kent is 18, pregnant, and hopeful that the child's father-Aaron Lapp-will want to marry her and provide the life she's always dreamed of. Even though Aaron is Old Order Amish, Danielle knows that he wants to leave his community for a life outside of the district. But then Aaron tells Danielle that he doesn't love her-that a wife and baby don't fit into his plans.


Levi Detweiler has enjoyed an unlikely friendship with Danielle for nearly a year, though they have little in common. He's Amish, and she won't even discuss God. When Danielle becomes pregnant with Aaron's child, Levi is sure that Aaron will do the right thing and marry Danielle. When that doesn't happen, God calls on Levi to marry her. It doesn't make sense, and it means that Levi will have to leave his home in the Old Order community to make a life for himself, Danielle, and the baby. Levi seeks God's will in a situation that seems impossible-knowing that only by faith are all things are possible.

An unplanned pregnancy. An absent father. Can love really endure all things?


Danielle Kent is anything but Amish. But as destiny would have it, she has fallen in love with an Amish man.


Now she's 18, pregnant, and hopeful that the child's Amish father?Matthew Lapp?will do the right thing and marry her. She knows Matthew plans to leave his Colorado settlement for a life in the Englisch world. But that plan never included a baby.


When Matthew walks away from her and their unborn child, she has nowhere to turn. Her unlikely friendship with Levi offers some comfort?yet they have so little in common. This wasn?t the plan she had for her life, and she has never felt so alone. She doesn?t want to be pregnant. Doesn?t want to be Amish. Doesn?t want to trust God.


God has plans beyond what her mind can imagine . . . loving plans to show a lost young woman that His love never fails but endures forever.


?Wiseman is among the best at writing moving Amish fiction.? ?Booklist review of The Wonder of His Love