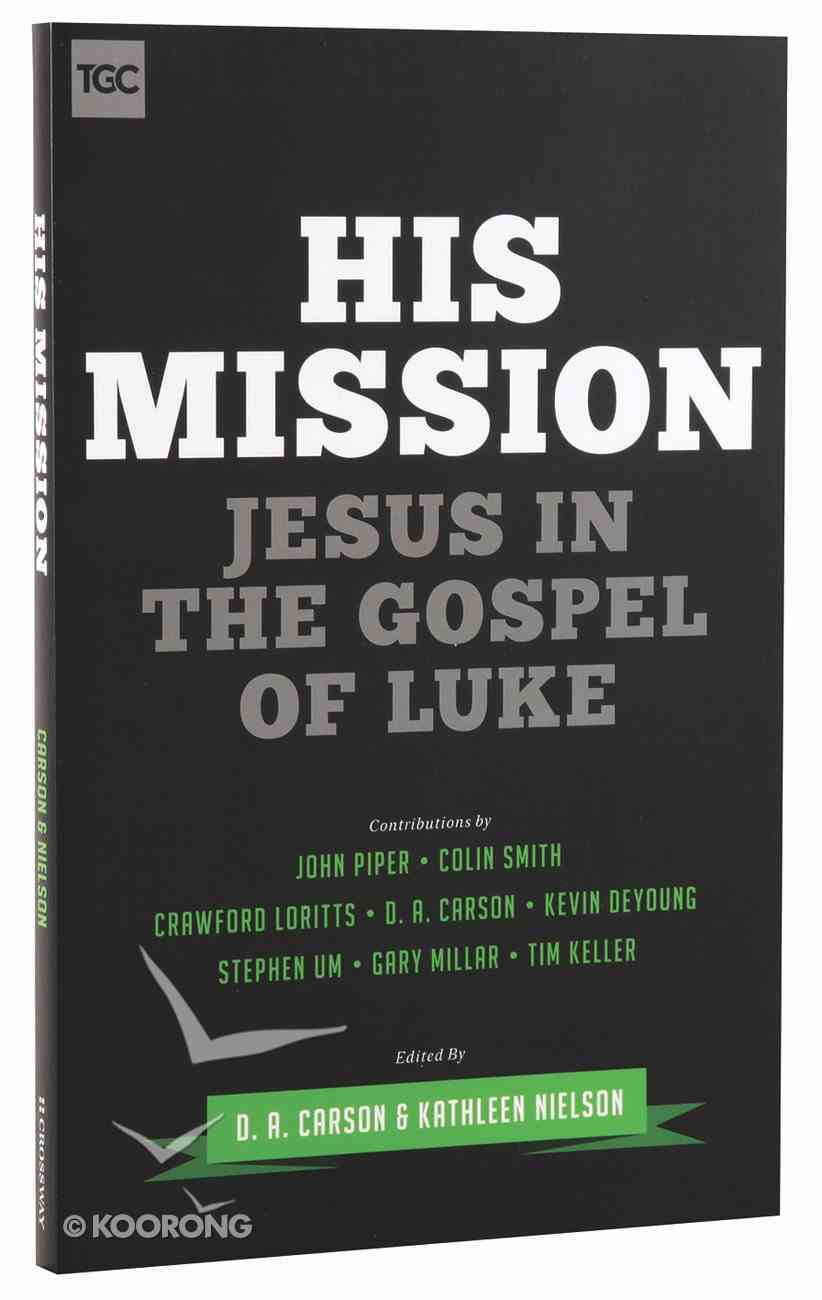 His Mission: Jesus in the Gospel of Luke

: With contributions from popular Bible teachers, including Tim Keller, Kevin DeYoung, John Piper, D. A. Carson, Crawford Loritts, Gary Millar, and Stephen Um, this collection of eight biblical expositions looks to the Gospel of Luke and its unique portrait...

Essential Jesus, the Gospel of Luke With Two Ways to Live
Booklet

:
With contributions from popular Bible teachers, including Tim Keller, Kevin DeYoung, John Piper, D. A. Carson, Crawford Loritts, Gary Millar, and Stephen Um, this collection of eight biblical expositions looks to the Gospel of Luke and its unique portrait of our Savior. Whether exploring the nature of Jesus's divine sonship, his rejection by the religious and political rulers of his day, or his important teaching on the dangers of money, this volume will help readers grasp the overarching message of the book of Luke as they grow more familiar with its main focus: the blameless life, atoning death, and vindicating resurrection of Jesus Christ.

Colin Smith is Senior Pastor of The Orchard Evangelical Free Church in the northwest suburbs of Chicago. His preaching ministry is shared through the daily radio program, Unlocking the Bible and through his website, UnlockingtheBible.org.

J. Gary Millar is principal of Queensland Theological College, Australia. Previously he served as a minister in Northern Ireland and the Republic of Ireland. He is the author of Now Choose Life, co-author of Saving Eutychus and a contributor to His Mission: Jesus in the Gospel of Luke.

The Reverend Dr. Stephen Um is a graduate of Gordon-Conwell Theological Seminary (M.Div; Th.M.), and the University of St. Andrews in Scotland (Ph.D.). He teaches at Gordon-Conwell as a lecturer of New Testament. A