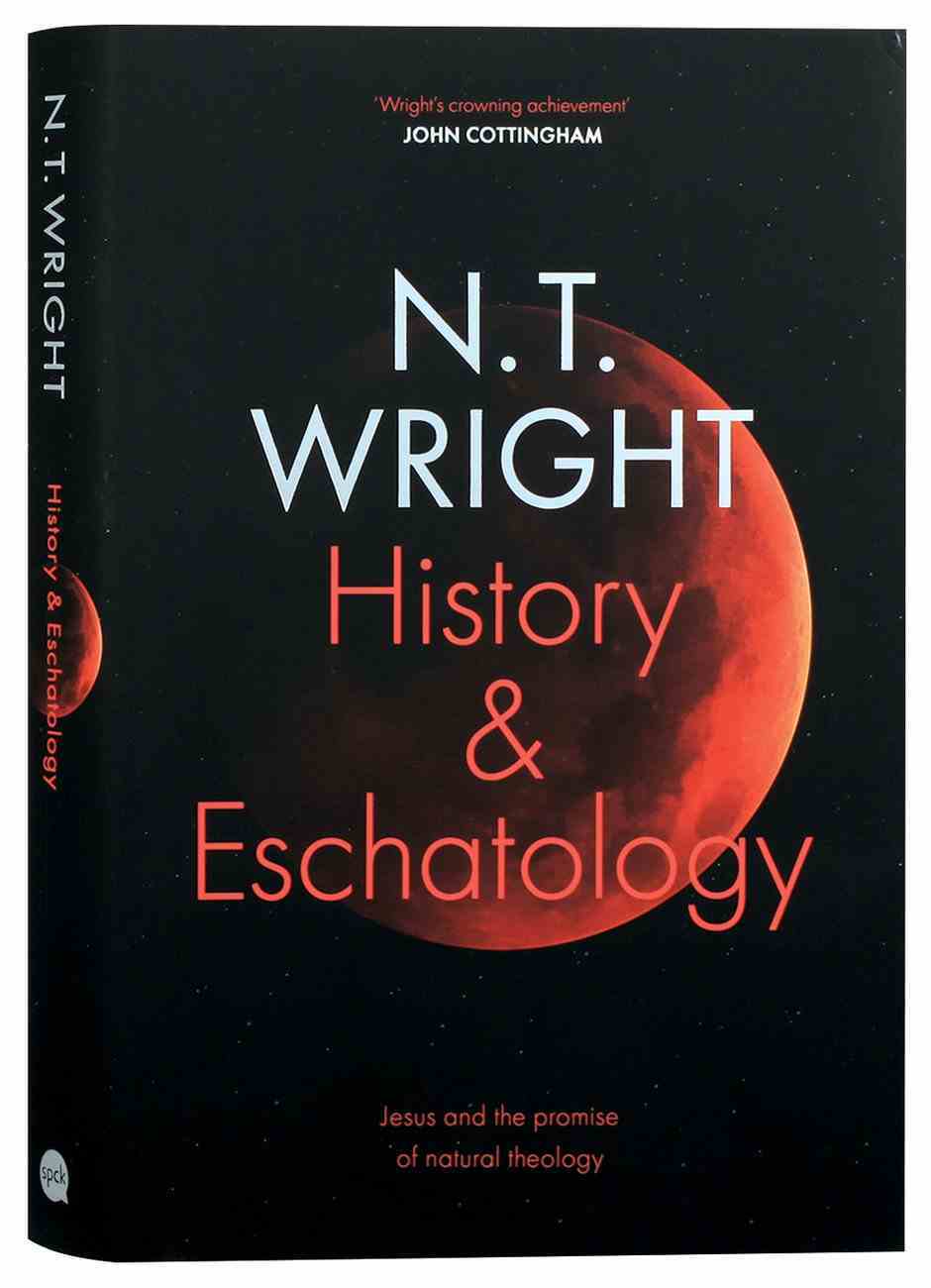 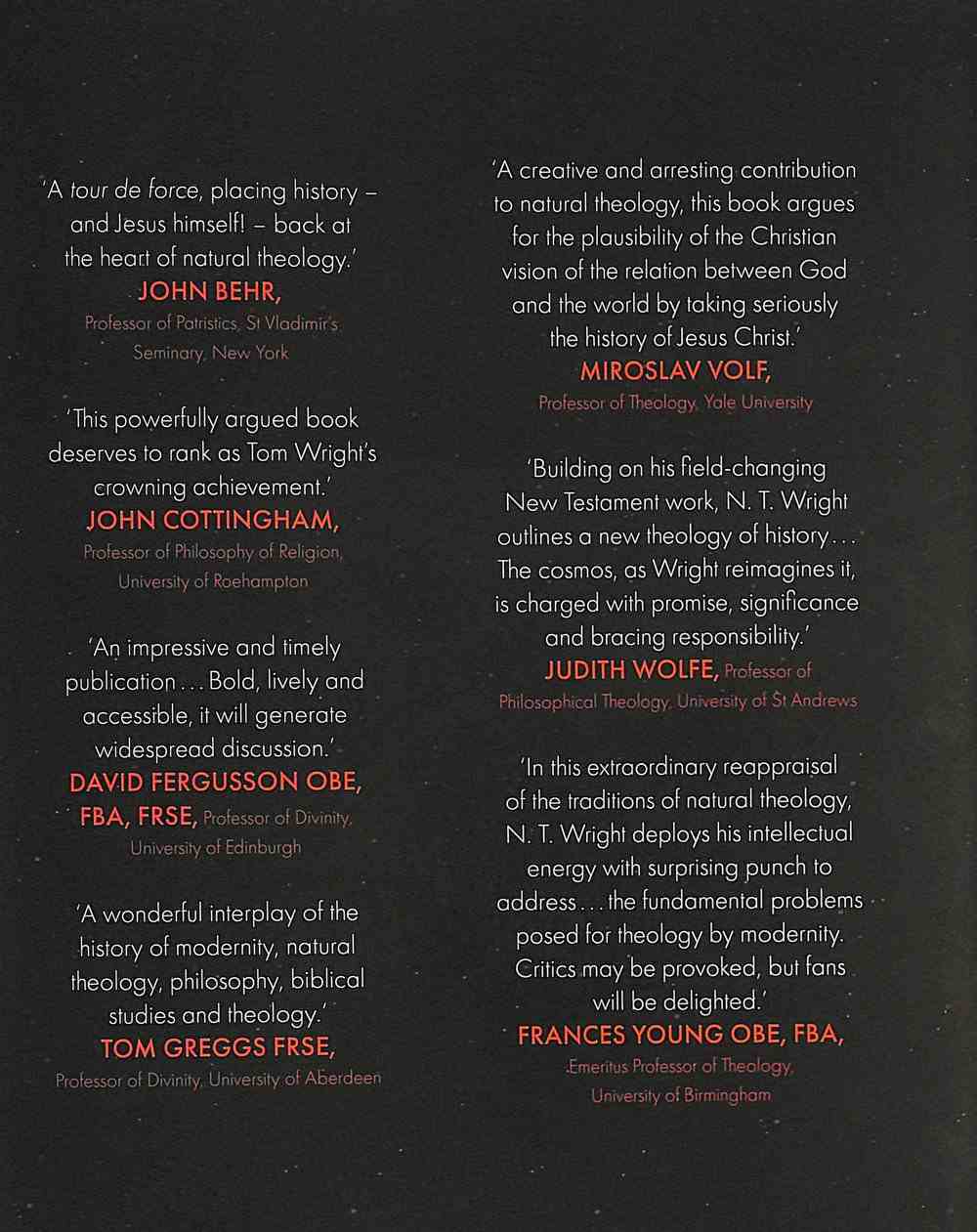 History and Eschatology: Jesus and the Promise of Natural Theology

How can we know about God? That question increasingly bothered scientists and philosophers in the modern period as they chipped away at previously imagined "certainties." They refused to take on trust the "special revelation" of the Christian Bible, trying instead...

How can we know about God? That question increasingly bothered scientists and philosophers in the modern period as they chipped away at previously imagined "certainties." They refused to take on trust the "special revelation" of the Christian Bible, trying instead to argue up to God from the "natural" world. That is the theme of the Gifford Lectures, inaugurated over 130 years ago.

This natural theology has usually bracketed out the Bible and Jesus - and with them, usually, the scholars who study them.

History and Eschatology: Jesus and the Promise of Natural Theology represents the first Gifford delivered by a New Testament scholar since Rudolf Bultmann in 1955. Against Bultmann's dehistoricized approach, N. T. Wright argues that, since the philosophical and cultural movements that generated the natural theology debates also treated Jesus as a genuine human being - part of the "natural world" - there is no reason the historical Jesus should be off-limits. What would happen if we brought him back into the discussion? What, in particular, might "history" and "eschatology" really mean? And what might that say about "knowledge" itself?

This lively and wide-ranging discussion invites us to see Jesus himself in a different light by better acquainting ourselves with the first-century Jewish world. Genuine historical study challenges not only what we thought we knew but how we know it. The crucifixion of the subsequently resurrected Jesus, as solid an event as any in the "natural" world, turns out to meet, in unexpected and suggestive ways, the puzzles of the ultimate questions asked by every culture. At the same time, these events open up vistas of the eschatological promise held out to the entire natural order. The result is a larger vision, both of "natural theology" and of Jesus himself, than either the academy or the church has normally expected.

The question of 'natural theology' interlocks with the related questions of whether we can conceive of God acting in the world at all, as well as why, if God is God, evil persists in the world. Can specific events in history, like those reported in the Gospels, afford the necessary point from which to ask and answer such questions? Widely shared cultural and philosophical presumptions have conditioned our understanding of history in ways that truncate our epistemic horizons and make the idea of historical divine action problematic. But could better historical study itself win from ancient Jewish and Christian cosmology and eschatology a renewed account of knowledge by which to open up and reconsider the fundamental question of the relation of God and world for today? Professor Wright argues that this can indeed be done, and in this ground-breaking book he develops a distinctive approach to natural theology grounded in an 'epistemology of love'. This approach arises from reflection upon the significance of the ancient concept of the 'new creation' for our understanding the reality of the world and the reality of God in relation to one another. Provisional contents 1. The Fallen Shrine: Lisbon 1755 and the Triumph of Epicureanism 2. The Questioned Book: Critical Scholarship and the Gospels 3. The Shifting Sand: The Meanings of 'History' 4. The End of the World? Eschatology and Apocalyptic in Historical Perspective 5. The Stone the Builders Rejected: Jesus, the Temple and the Kingdom 6. A New Creation: Resurrection and Epistemology 7. Broken Signposts? New Answers for the Right Questions 8. The Waiting Chalice: Natural Theology and the Missio Dei
-Publisher

What the Bible Says About Your Future
John F Walvoord
Paperback

Signs of the Times: What the Bible Says About the Rapture, Anti-Christ, Armageddon, Heaven and Hell
Greg Laurie
Hardback