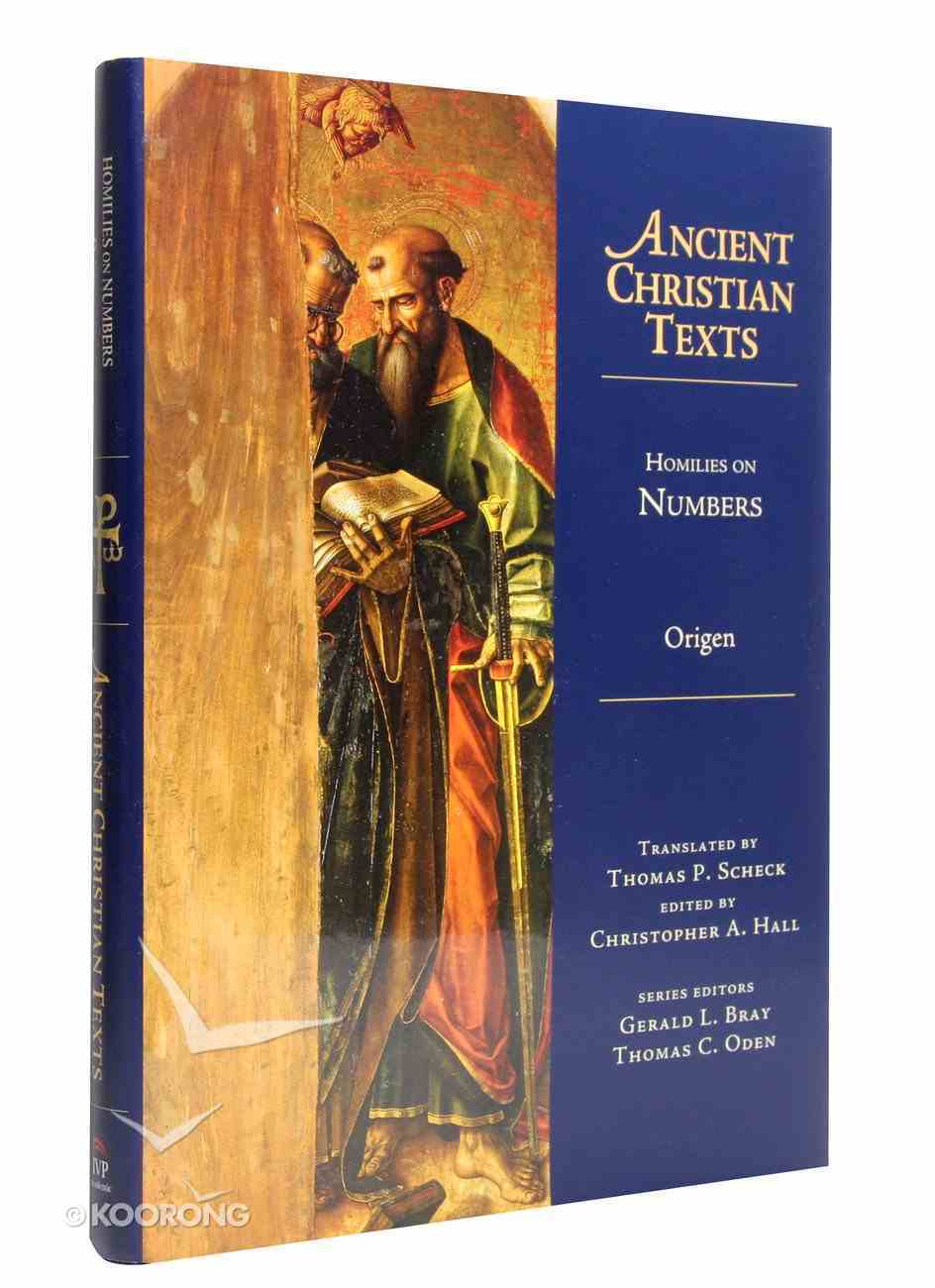 Origen was one of the most influential pre-Nicene church fathers, whose exegetical method shaped much of subsequent interpretation of the Old Testament. Some of his theological speculations were condemned in the 6th century, but his influence as a Christian scholar...

Origen was one of the most influential pre-Nicene church fathers, whose exegetical method shaped much of subsequent interpretation of the Old Testament. Some of his theological speculations were condemned in the 6th century, but his influence as a Christian scholar and Old Testament exegete remain undiminished. This book offers a fresh, contemporary translation of Origen's 28 homilies on the book of Numbers.
-Publisher.

Origen of Alexandria (185-254), one of the most prolific authors of antiquity and arguably the most important and influential pre-Nicene Christian theologian, was a man of deep learning and holiness of life. Regrettably, many of his works are no longer extant, in part due to the condemnation of his ideas by the Fifth Ecumenical Council in 553. The condemnation, however, took little account of his historical circumstances and the tentative nature of his speculations. The anathemas were more likely directed toward sixth-century Origenist views than to the views of Origen himself, though clearly he expounded some views that would be judged unacceptable today. Origen's numerous homilies provide the oldest surviving corpus of Christian sermons and shaped exegesis for succeeding centuries. With Jerome he was one of the early church's great critical and literal exegetes. Devoutly he sought to develop a spiritual exegesis of the Old Testament grounded in the revelation of Jesus Christ. The Homilies on Numbers presented here offer a splendid example of his spiritual interpretation of Old Testament texts. He asks, What foreshadowing, what warning, what instruction, what encouragement, reproof, correction or exhortation, do we find in the narratives of Numbers for our benefit as Christians? Here, based on Baehren's critical Latin text, is the first English edition of these homilies, ably translated with explanatory notes by Thomas P. Scheck.
-Publisher

Origen was an early Christian scholar, theologian, and one of the most distinguished of the early fathers of the Christian Church.
According to tradition, he is held to have been an Egyptian who taught in Alexandria, reviving the Catechetical School of Alexandria where Clement of Alexandria had taught.


The patriarch of Alexandria at first supported Origen but later expelled him for being ordained without the patriarch's permission. He relocated to Caesarea Maritima and died there after being tortured during a persecution.


Using his knowledge of Hebrew, he produced a corrected Septuagint. He wrote commentaries on most of the books of the Bible. In De principiis (On First Principles), he articulated one of the first philosophical expositions of Christian doctrine. He interpreted scripture allegorically and showed himself to be a Neo-Pythagorean, and Neo-Platonist.

Thru the Bible #08: Numbers (#08 in Thru The Bible Old Testament Series)
J Vernon McGee
eBook