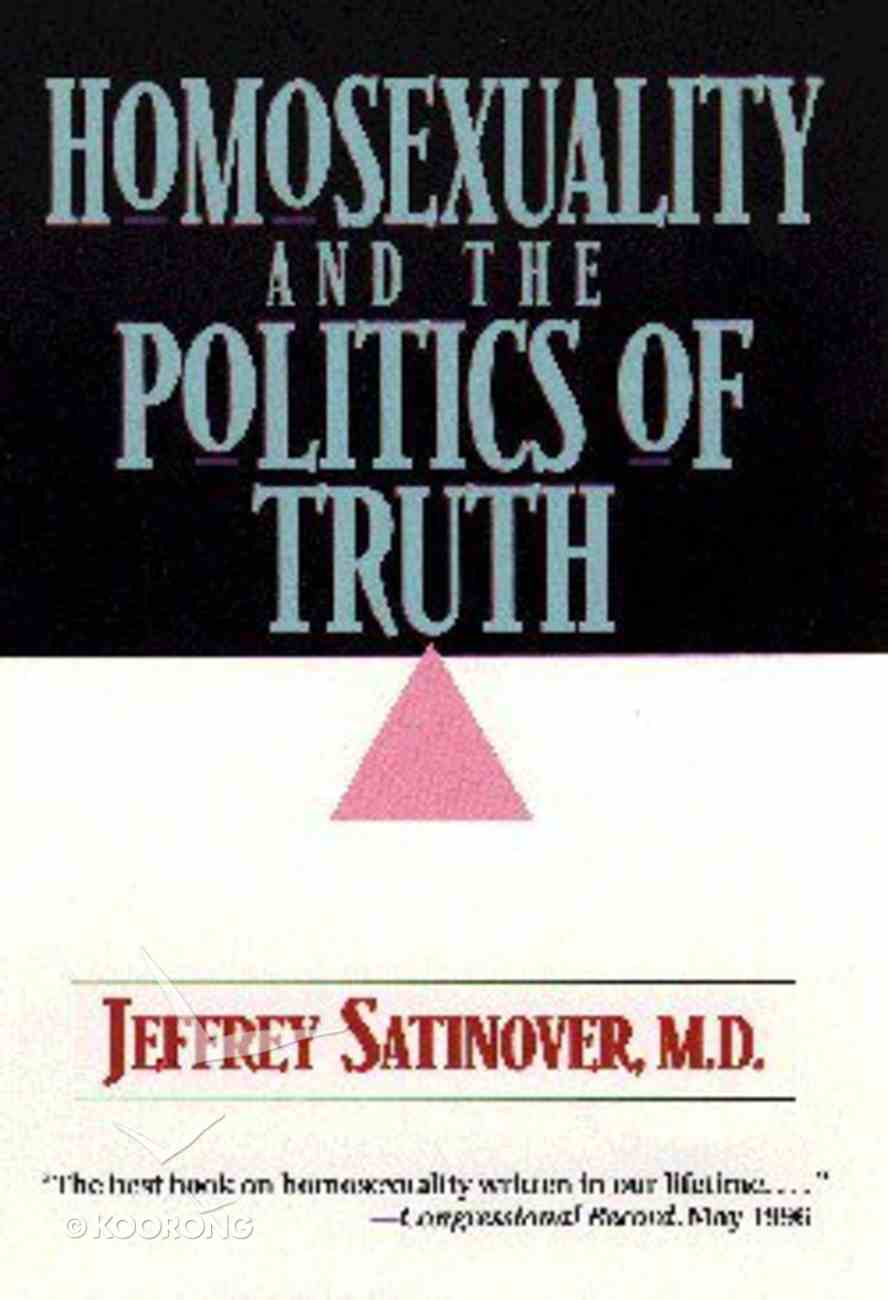 Homosexuality and the Politics of Truth

Jeffrey SatinoverWith rigorous scientific scholarship and clear, passionate prose, Satinoverresponds to recent research that claims to have proven homosexuality to beinnate and unchangeable. 281 pages, from Baker.

Homosexuality and the Politics of Truth
Jeffrey Satinover
eBook

Jeffrey SatinoverWith rigorous scientific scholarship and clear, passionate prose, Satinoverresponds to recent research that claims to have proven homosexuality to beinnate and unchangeable. 281 pages, from Baker.

"Rigorous scientific scholarship and clear, passionate prose unite to make this book a rarity in our times."--Joseph Nicolosi President of the National Association for the Research and Treatment of Homosexuality"Dr. Satinover argues convincingly that the growing acceptance of alternative sexual lifestyles' is not a function of convincing scientific evidence or compelling moral argumentation. His analysis needs to be heard and heeded today."--Stanton Jones Chairman of the Department of Psychology, Wheaton College"By far the best, most comprehensive, most balanced and incisive treatment of the subject I have yet seen."--Roger Sider, M.D., Medical Director, Pine Rest Hospital"Courageous, clear, and practical." --John R. Peteet, M.D., Harvard University Medical School"Magnificent and eloquent. A major step forward in understanding homosexuality and change."--Alan Medinger, President, Regeneration Ministries"No one has stated more eloquently the current cultural conflict."--Father John Harvey, Director, Courage Ministries"A brilliant discussion of how our society has abandoned the Judeo-Christian ethic for a modern form of paganism."--Yarden Weidenfeld, Executive Director, Toward Tradition
-Publisher

A psychiatrist examines the latest research, refuting the alleged genetic basis for homosexuality and assessing from a Christian perspective the social power homosexuals have gained.
-Publisher

Jeffrey Satinover is a practicing psychiatrist, past president of the C. G. Jung Foundation, and a former Fellow in Psychiatry and Child Psychiatry at Yale University. He has been a William James Lecturer in Psychology and Religion at Harvard University. He is currently a special student at Yale. His other books include Cracking the Bible Code.

Beyond Authority and Submission: Women and Men in Marriage, Church, and Society
Rachel Green Miller
Paperback