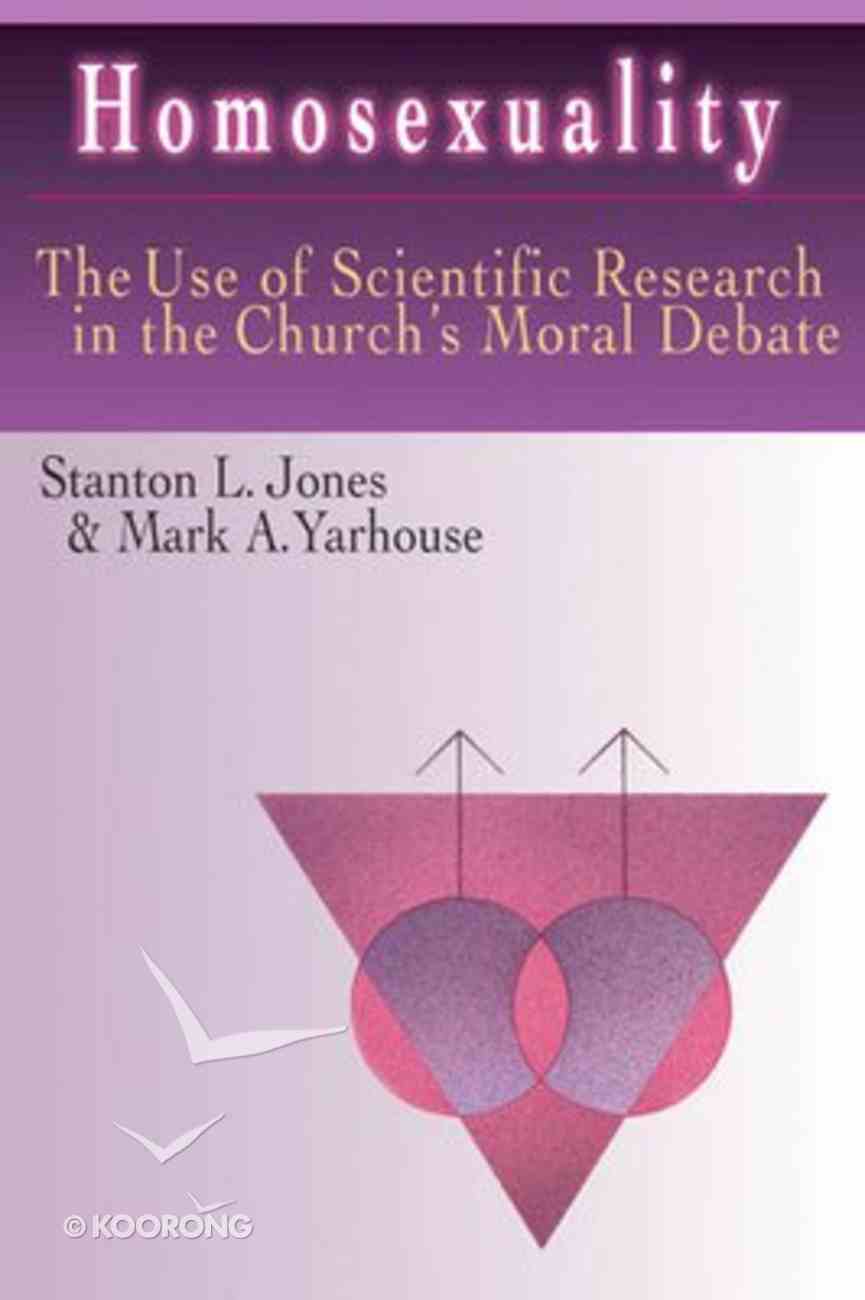 This book examines how scientific research into homosexuality has been used within church debates. The authors then survey the most recent and best scientific research and sort out what it actually shows. They interpret the research's relevance to the moral...

What Some of You Were
Christopher Keane (Ed)
Paperback

Homosexuality and the Politics of Truth
Jeffrey Satinover
eBook

Church groups considering these complex issues will find helpful discussion questions at the end of each chapter. This book is essential reading for anyone involved in the church's debate over homosexual behavior.
-Publisher

"Professors Stanton Jones and Mark Yarhouse have tackled a crucial question in the debate about homosexuality. Both highly qualified scientists and moral theologians, they have made a thorough study of the interaction of scientific research and theological ethics, and in an appropriately dispassionate way. To have serious science and serious moral theology undertaken in one volume is a major resource to all those engaged in the debate.The authors avoid "knock-down" arguments; in fact, their work is undertaken with care and courtesy to respect theories from all sides and cross-examine them rigorously. In terms of a fair statement of the current scientific evidence, the book is a real asset. For example, case studies of prevalence, of conditioning factors, of the claims to changed sexual desire by programs working with people--this type of researched material is presented in a very accessible fashion for a general readership. But the book gains another level of importance by the mutual questioning of ethics and such data: does research render Christian morality outmoded? This is the essential claim made by many revisionist writers. This book in turn cross-questions that claim, especially in its final chapter where Countryman and Nelson are posed some questions from the core Christian ethic. Jones and Yarhouse, in effect, remain scientific in the purest sense, in their final judgment that the revisionist case is not made.This is a refreshing, informative study which will become a central work in the Christian debate about the proper response to the gay claims. It has a note of calm and charity, refusing to go along with, or react in kind to, angry recrimination in this highly politicized debate. Churches and scientists will be grateful to the authors for this careful book."
-Publisher

Mark A. Yarhouse (Psy.D., Wheaton College) is professor of psychology and director of the Institute for the Study of Sexual Identity (www.sexualidentityinstitute.org) at Regent University in Virginia Beach, Virginia, where he has taught since 1998. A licensed clinical psychologist, he serves as an adjunct faculty member of both the Institute for Sexual Wholeness in Atlanta, Georgia, and the psychology department of Wheaton College Graduate School.
His books include Modern Psychopathologies: A Comprehensive Christian Appraisal, co-authored with Richard E. Butman and Barrett W. McRay, Sexual Identity Synthesis: A Guide to Living in the Time Between the Times, co-authored with Lori A. Burkett, Sexual Identity Synthesis: Attributions, Meaning-Making and the Search for Congruence, co-authored with Erica S. N. Tan, Homosexuality: The Use of Scientific Research in the Church's Moral Debate, and Ex-gays?: A Longitudinal Study of Religiously Mediated Change in Sexual Orientation co-authored with Stanton L. Jones. Most recently he has produced Family Therapies: A Comprehensive Christian Appraisal with James N. Sells.
Koorong - Editorial Review.