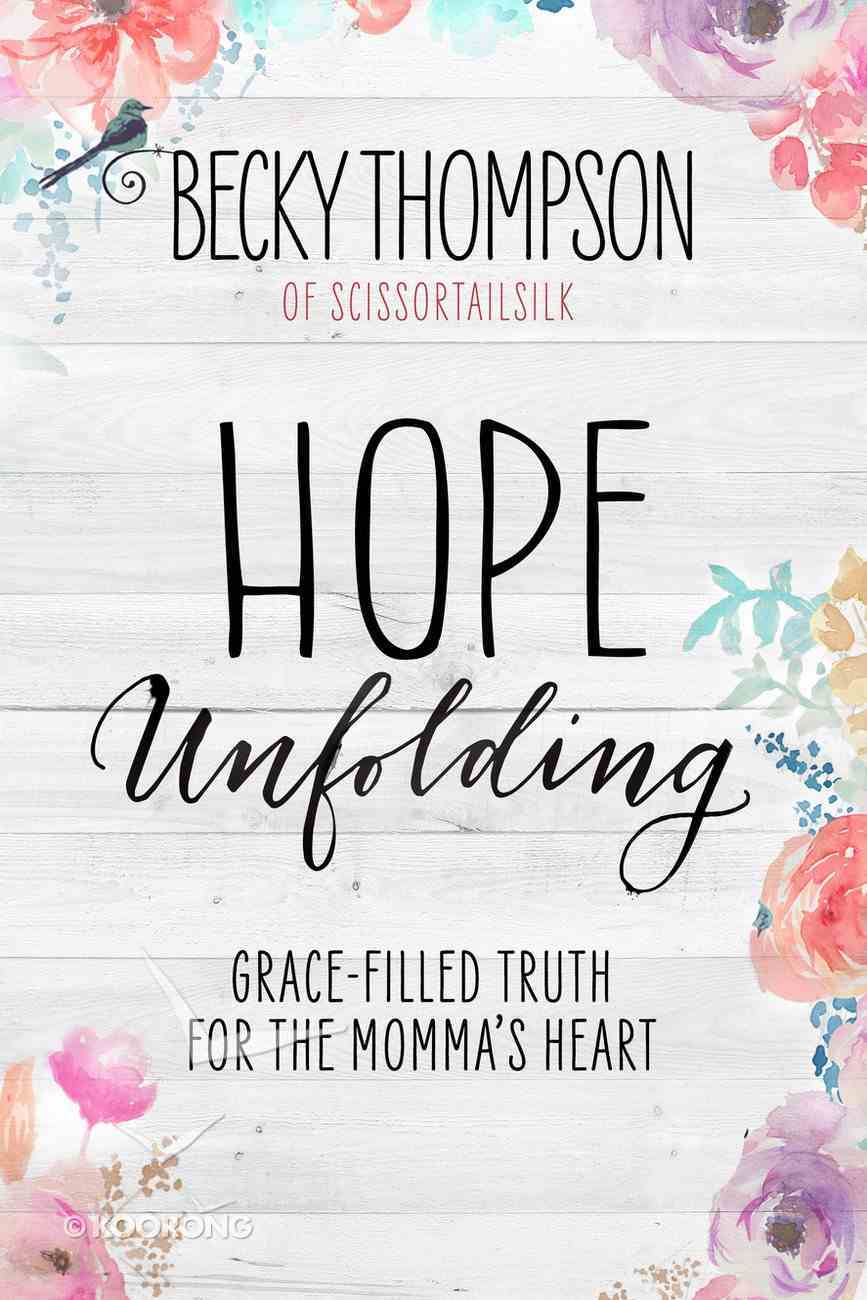 What do you do when everything seems to be hanging on by a thread? When life pulls you back and forth in a million directions that leave you feeling worn thin and frayed around the edges? And how do you...

She is Free: Learning the Truth About the Lies That Hold You Captive
Andi Andrew
Paperback

What do you do when everything seems to be hanging on by a thread? When life pulls you back and forth in a million directions that leave you feeling worn thin and frayed around the edges? And how do you find hope when you're certain that you are all alone? In this narrative of beautifully woven truths, Becky takes the reader on a journey to encounter hope and trace God's hands through all of life's carefully spun moments. A frazzled mum can find peace and healing as she discovers that God loves her, hasn't left her, and has a beautiful plan especially for
her.
- Publisher

:God's love, plans, and promises for you are forever unfolding.

I get it, Momma. I totally get it.
Every day you wake up and try your very best. You love, give, and pour out your life for the ones who call you Momma. But no matter how much you offer, there are still days you feel as though you come up short. You worry, Am I loving these babies enough? Is this ever going to get easier? Why does it seem like I am the only one who cannot balance it all?

We need someone to help tune our hearts to the voice of the Father and to remind us that He has not forgotten about us.

In Hope Unfolding, Becky Thompson is a friend who reminds you that you aren't alone, and that God is still writing your story. She guides you to encounter the Truth of God's presence that not only fuels you with strength, but also a fresh confidence. And beyond gaining faith that tomorrow could be different, you find hope and purpose where you are standing today.
-Publisher

Becky Thompson is the author of Scissortail SILK, a blog that draws a global audience of millions. Speaking to the often overlooked struggle of balancing life as a wife, mother, and daughter of God, Becky has a captivating way of becoming the voice for women in need of hope, healing, and the Father's love. Becky's candid way of sharing her heart extends an unspoken invitation for women to feel as though they have gained a friend and realize that somewhere there is a woman who feels just like they do.