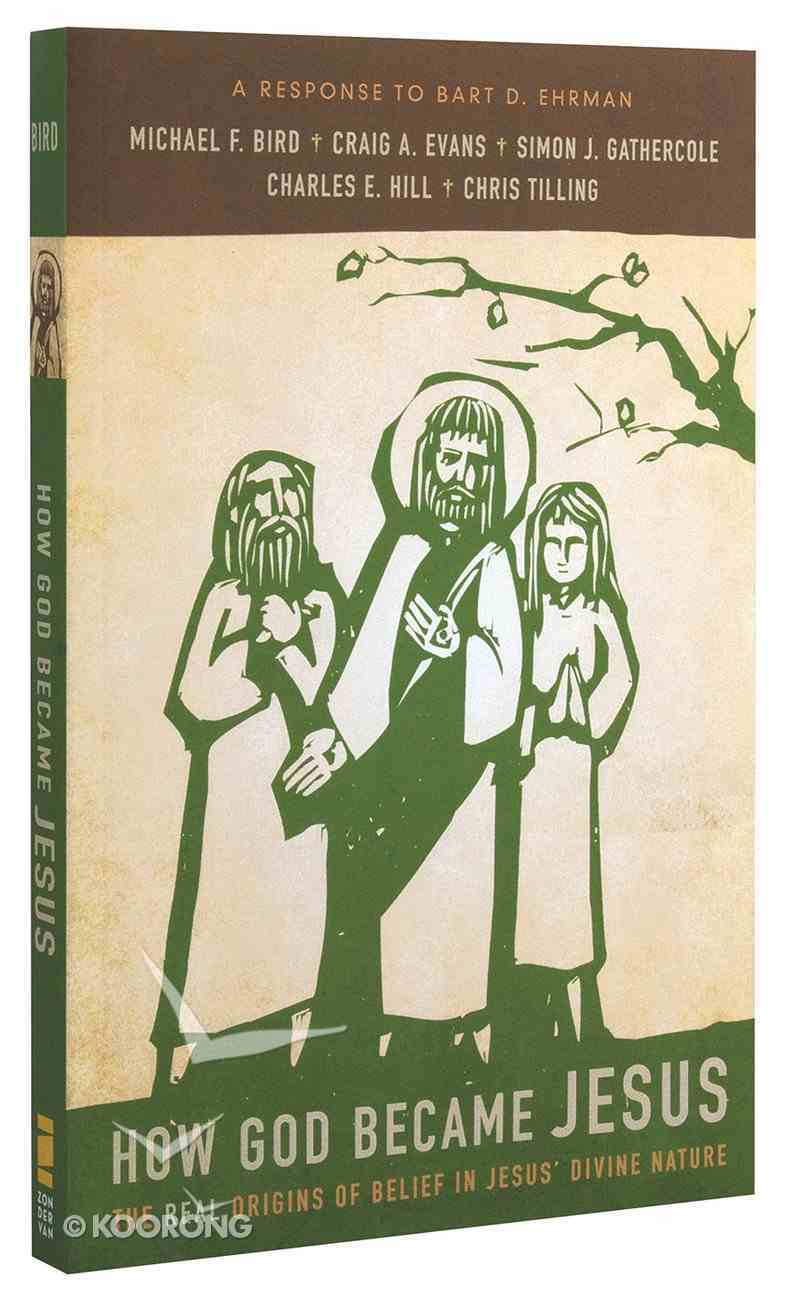 How God Became Jesus: The Origins of Belief in Jesus' Divine Nature - a Reponse to Bart Ehrman

In his influential scholarly works, historian Bart Ehrman has provided detailed arguments that Jesus' earliest disciples - and Jesus himself - did not claim Jesus was God. In this book, five leading biblical scholars refute Ehrman's claims in critical detail,...

Jesus is the Christ: The Messianic Testimony of the Gospels
Michael F Bird
eBook

Jesus--The End and the Beginning: Tracing the Christ-Shaped Nature of Everything
Telford Work
eBook

Jesus--The End and the Beginning: Tracing the Christ-Shaped Nature of Everything
Telford Work
Paperback

In his influential scholarly works, historian Bart Ehrman has provided detailed arguments that Jesus' earliest disciples - and Jesus himself - did not claim Jesus was God. In this book, five leading biblical scholars refute Ehrman's claims in critical detail, upholding the traditional teachings of Christian faith. 240 pages.

He has written The Saving Righteousness of God: Studies on Paul, Justification and the New Perspective (Paternoster Biblical Monographs); A Bird's Eye View of Paul; Jesus and the Origins of the Gentile Mission (Library of New Testament Studies); Are You the One Who Is to Come?: The Historical Jesus and the Messianic Question; Colossians (New Covenant Commentary); Crossing over Sea and Land: Jewish Missionary Activity in the Second Temple Period and Romans (Regula Fidei Zondervan Commentary series)
Koorong -Editorial Review.

Simon J. Gathercole (Ph.D., The University of Durham) is Senior Lecturer in New Testament at the University of Cambridge, prior to that he was for seven years Lecturer in the Department of Divinity and Religious Studies at the University of Aberdeen.
He is the author of The Gospel of Judas (Oxford: Oxford University Press, 2007); The Pre-existent Son: Recovering the Christologies of Matthew, Mark and Luke (Grand Rapids, MI: Eerdmans, 2006) Divine and Human Agency in Paul and his Cultural Environment. Edited with J.M.G. Barclay (London/New York: Continuum, 2006); The Book of Tobit: Texts, Comparisons, Lexicon and Concordance to the Aramaic, Hebrew, Greek, Latin, and Syriac Versions. Edited with L.T. Stuckenbruck & S.D.E. Weeks, eds. (Fontes et Subsidia ad Bibliam Pertinentes; Berlin: Walter de Gruyter, 2004) and Where is Boasting? Early Jewish Soteriology and Paul's Response in Romans 1-5 (Grand Rapids, MI: Eerdmans, 2002).
Koorong -Editorial Review.

Made Man: Why God Becoming Human is So Shocking, So Necessary and So Life-Changing
Craig Hamilton
Paperback

Man of Sorrows, King of Glory: What the Humiliation and Exaltation of Jesus Mean For Us
Jonty Rhodes
Paperback