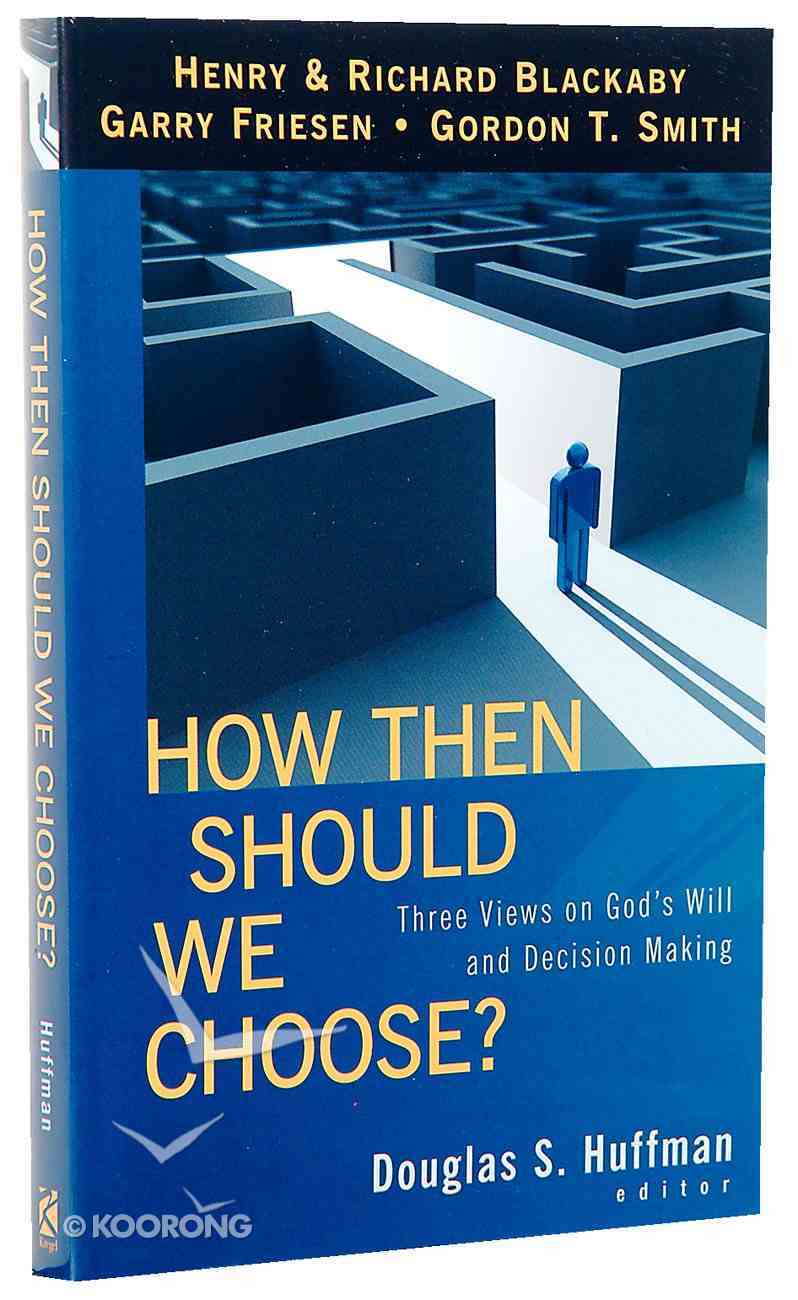 How Then Should We Choose?

The three-views approach is an effective and succinct means of introducing theological subjects to readers of all levels. How Then Should We Choose? applies this proven format to the vital topic of decision-making and the Christian's search for the will...

How to Make the Right Decision Every Time: 10 Keys For Finding God's Direction
Karen Jensen-salisbury
Paperback

The three-views approach is an effective and succinct means of introducing theological subjects to readers of all levels. How Then Should We Choose? applies this proven format to the vital topic of decision-making and the Christian's search for the will of God. Garry Friesen of Multnomah Bible College, Henry and Richard Blackaby of Blackaby Ministries International, and Gordon T. Smith of Regent College each contribute summaries of their perspectives on God's will and their approaches to decision making. Friesen discusses the "wisdom" view, Henry and Richard Blackaby delineate the "specific will" view, and Smith champions the "relationship" view of God's will. In an effort to make this discussion reader friendly, the contributors have applied their beliefs regarding God's will and decision-making to three practical, concrete topics: career, relationships, and stewardship. Using three hypothetical stories, the authors illustrate how their respective views would influence decisions in these areas.

Editor Douglas S. Huffman is professor of biblical and theological studies at North-western College in Minnesota. He is coeditor of God Under Fire: Modern Scholarship Reinvents God. Garry Friesen is professor of Bible at Multnomah Bible College, Portland, Oregon, and the author of the popular Decision Making and the Will of God. Henry Blackaby is an internationally renowned author of dozens of popular and best-selling books on Christian living. He has served as a pastor and as a denominational leader, and has spoken in more than one hundred countries. Richard Blackaby serves as president of Blackaby Ministries International. He works with CEOs, speaks internationally on spiritual leadership, authors books, and contributed to The Blackaby Study Bible as author and general editor. Henry and Richard have coauthored ten books together including Hearing God's Voice. Gordon T. Smith, formerly academic dean and associate professor of spiritual theology at Regent College, is now president of ReSource Leadership International and the author of Listening to God in Times of Choice and The Voice of Jesus.
-Publisher

Editor Douglas S. Huffman is professor and chair of the Department of Biblical and Theological Studies at Northwestern College in Minnesota. He is the coeditor of God Under Fire: Modern Scholarship Reinvents God.