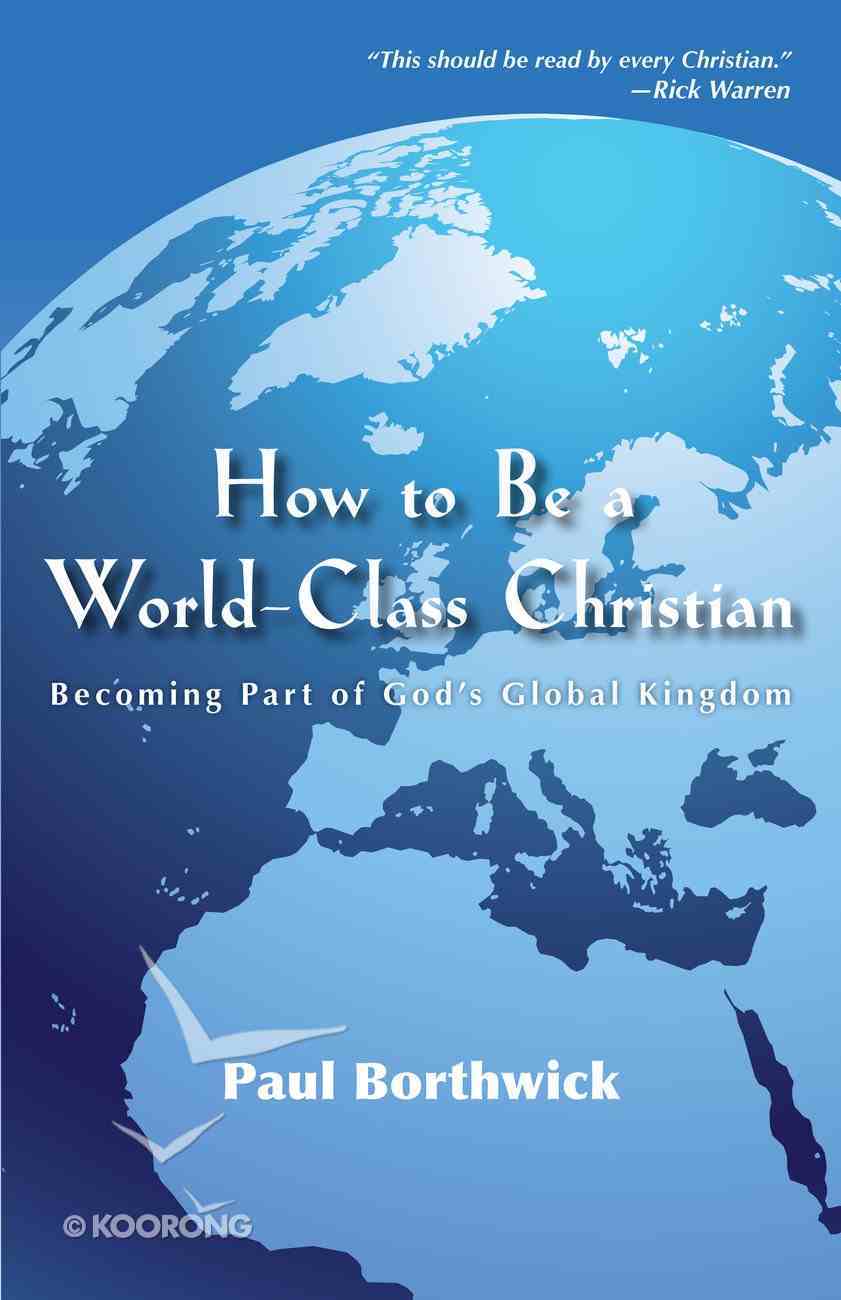 How to Be a World-Class Christian

How To Be A World-Class Christian opens the window to global Christianity for any person who desires to be part of what God is doing in the world. Building on the foundations of information, prayer, experience and investigation, How To...

How to Be a World-Class Christian
Paul Borthwick, Rick Warren (Fwd)
eBook

How To Be A World-Class Christian opens the window to global Christianity for any person who desires to be part of what God is doing in the world. Building on the foundations of information, prayer, experience and investigation, How To Be A World-Class Christian shows the reader how to expand in understanding Scripture, increase in global praying and intensify crosscultural outreach&mdash;beginning right at home. Using practical tools and observations from everyday life, this book invites every reader to stretch his or her knowledge of the purposes of God in the world and then to take the steps necessary to start responding to the opportunities we face. Patrick Johnstone said, "There is a YOU-shaped hole in God's Kingdom&mdash;find it and fill it." Finding and filling the place in the world that God has designed for you is what How to Be a World-Class Christian is designed to do.
-Publisher