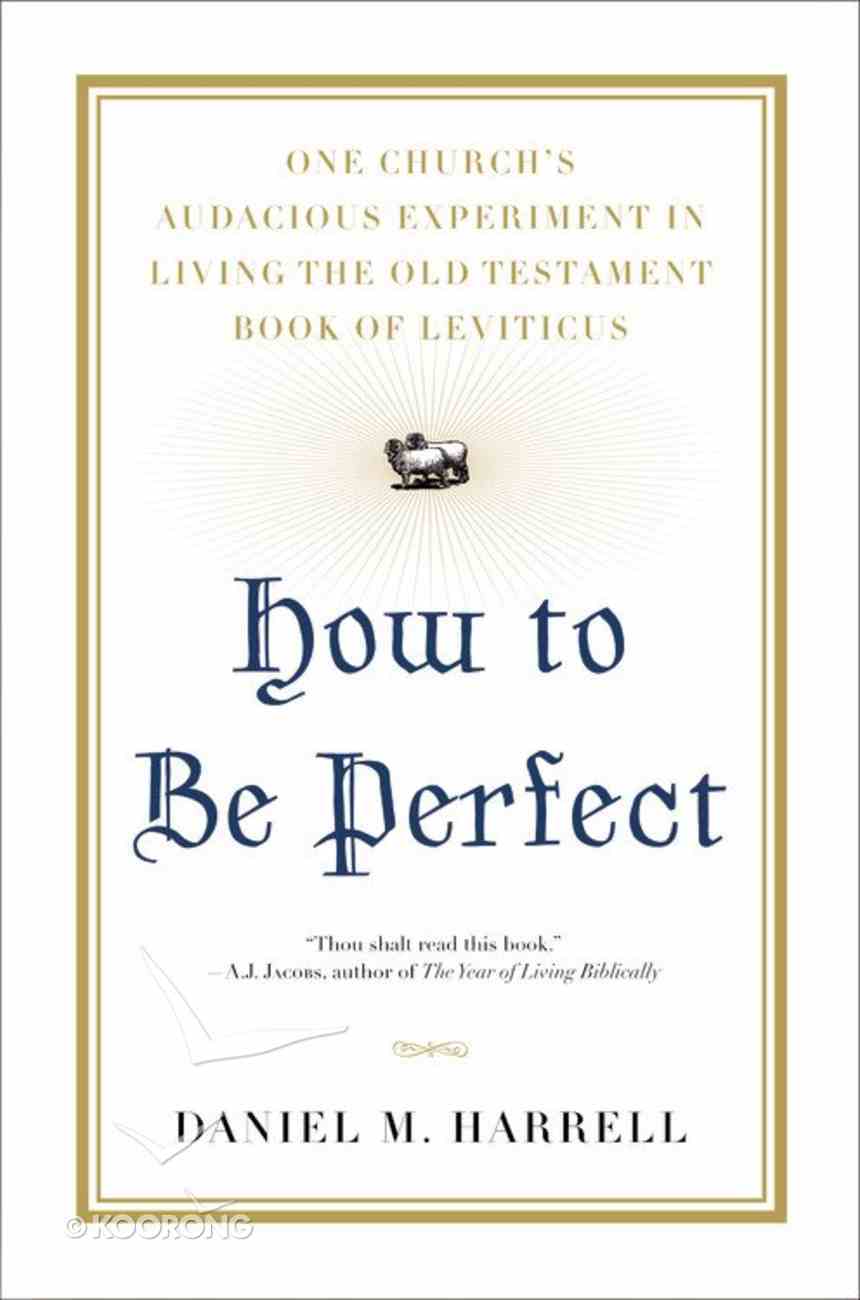 How to Be Perfect

"The life-changing lessons learned by church members when they tried to live out the complicated and sometimes odd laws in the Old Testament book of Leviticus for 30 days"--Provided by the publisher.

How to Be Perfect
Daniel M Harrell
eBook

Unshakeable Trust: Find the Joy of Trusting God At All Times, in All Things!
Joyce Meyer
Hardback

How to Succeed At Being Yourself
Joyce Meyer
Hardback

Living in the Grace of God
Rob Rufus
Paperback

The Discipline of Grace: God's Role and Our Role in the Pursuit of Holiness
Jerry Bridges
Paperback

"The life-changing lessons learned by church members when they tried to live out the complicated and sometimes odd laws in the Old Testament book of Leviticus for 30 days"--Provided by the publisher.
-Publisher

Influenced by A. J. Jacobs's The Year of Living Biblically, Harrell managed to recruit 20 members of his Boston congregation to join him in a month-long effort at living Levitically. Holiness was the ultimate goal, but so was learning.
People who take the Bible seriously never know what to do with the book of Leviticus. And yet Leviticus is historically considered by Jews, and thus by Jesus, as the pivotal book of the Hebrew Bible. It's impossible to fully comprehend such key New Testament terms as sacrifice, atonement, or blood without some understanding of Leviticus. The "second greatest commandment," which Jesus said was "Love your neighbor as yourself," comes from Leviticus (19:18).
As a longtime minister and preacher who had successfully skirted Leviticus for most of his life, author Daniel Harrell wanted to come to grips with all that Leviticus teaches--not just loving neighbors, but the parts about animal sacrifice, Sabbath-keeping, skin diseases, homosexuality, and stoning sinners, too. Yet rather than approaching Leviticus with a view toward mitigating its commands, he decided to simply obey them.
The surprising lessons they learned impressed on Harrell both the power of obedience and the necessity of grace. This book traces the adventures of a group of people eager to understand the Bible by living it.
-Publisher

Workship: How to Use Your Work to Worship God
Kara Martin
Paperback