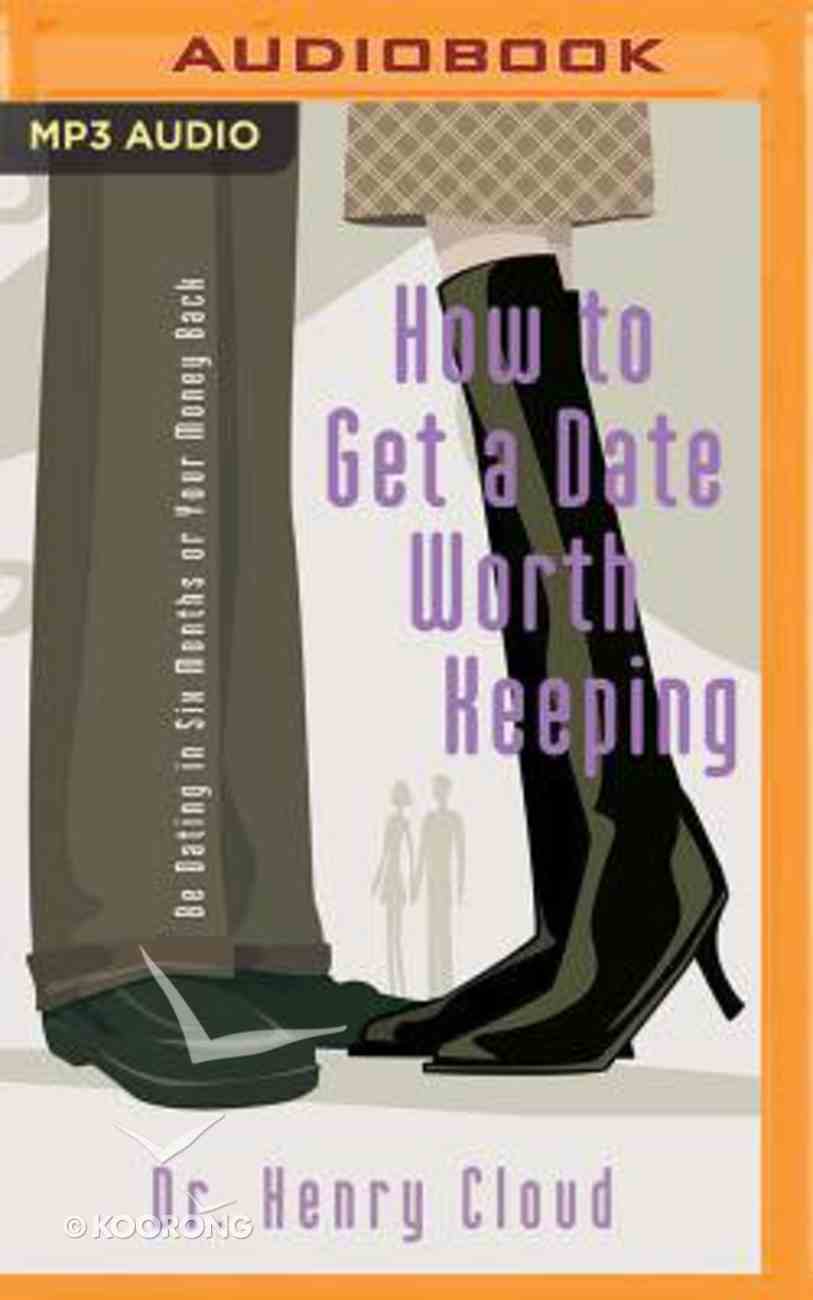 How to Get a Date Worth Keeping: Be Dating in Six Months Or Your Money Back (Unabridged, Mp3)

How to Get a Date Worth Keeping: Be Dating in Six Months Or Your Money Back (Unabridged, 7 Cds)
Henry Cloud, Adam Black (Narr)
CD

How to Get a Date Worth Keeping
Henry Cloud
Paperback

How to Have That Difficult Conversation (Unabridged, Mp3)
Henry Cloud, John Townsend
CD

Changes That Heal: The Four Shifts That Make Everything Better...And That Anyone Can Do (Unabridged, 1 Mp3)
Henry Cloud, Dick Fredricks (Narr)
CD

Keep Showing Up: How to Stay Crazy in Love When Your Love Drives You Crazy (Unabridged, Mp3)
Karen Ehman
CD

Boundaries: When to Say Yes, How to Say No to Take Control of Your Life (Unabridged, Mp3)
Henry Cloud, John Townsend
CD