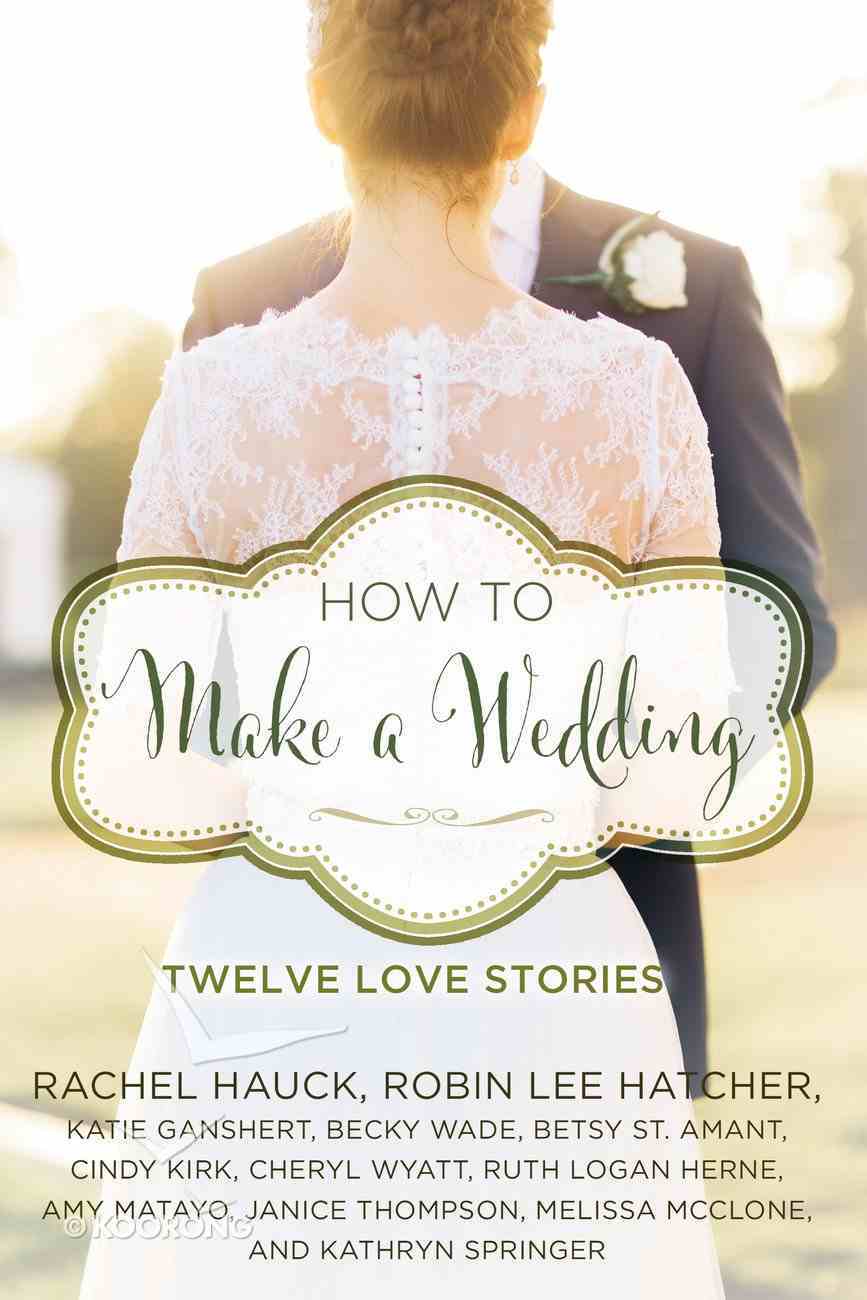 They've helped orchestrate the perfect day for countless couples. Now twelve new couples will find themselves in the wedding spotlight in the second Year of Weddings novella collection. Love at Mistletoe Inn by Cindy Kirk Sometimes the road...

They've helped orchestrate the perfect day for countless couples. Now twelve new couples will find themselves in the wedding spotlight in the second Year of Weddings novella collection.


Sometimes the road to happiness is paved with youthful mistakes.


A Brush with Love by Rachel Hauck


Ginger Winters is a gifted hairstylist with scars no one can see. The last thing she expects from the New Year is a new chance at love.


Serving Up a Sweetheart by Cheryl Wyatt


Meadow knows how to serve delicious food to match any wedding theme. But can she accept love when it's served up on a silver platter?


All Dressed Up in Love by Ruth Logan Herne


Tara walks into Elena's Bridal and finds her dream job--and a handsome man to match.


In Tune with Love by Amy Matayo


April knows her job as maid of honor is to fulfill her sister's every wish--whatever the bride wants, she will have. Unless it involves Jack Vaughn.


Never a Bridesmaid by Janice Thompson


Mari wants her sister Crystal's wedding to be perfect. But a poorly-chosen maid of honor may turn it into a disaster.


When image becomes everything, it's up to love to refocus the heart.


I Hope You Dance by Robin Lee Hatcher


Can two left feet lead to one perfect romance?


Love on a Deadline by Kathryn Springer


MacKenzie thought writing wedding stories was beneath her journalistic abilities. Until one love story rekindled an old flame and opened her heart to love once more.


She's known for her delicious cakes, but there's no recipe for dealing with the new man in her life.


The Perfect Arrangement by Katie Ganshert


Meeting Nate was truly an accident--but Amelia finds that he's one of the few people she can count on.


Love in the Details by Becky Wade


Holly ended things to give him a better life, but she was the future he'd always dreamed of.

Melissa McClone has always been a fan of fairy tales and "happily ever afters." She holds a degree in mechanical engineering from Stanford University but eventually decided to follow her dream and write full-time. She lives in Washington with her real-life hero husband, two daughters, indoor cats, and a forty-eight-pound Norwegian Elkhound who thinks she's a lap dog. She also loves to ski, rock climb and read. Visit her online at www.melissamcclone.com.

Cindy Kirk learned the value of having an active imagination at an early age. If she didn't like the ending of a television show or movie, she simply thought of a different one. Or if she had difficulty falling asleep, instead of counting sheep, she made up a story. When she was sixteen she penned these words in her diary: "I don't know what I would do if I couldn't be a writer." <P>But it would be several decades before her dream would become a reality. Now a wife and mother, Cindy is a writer of contemporary sensual romance. C

With more than half a million books in print, Ruth Logan Hearne is the popular author of numerous Love Inspired contemporary novels, three self-published novels and contributed to two novella collections.

JANICE THOMPSON, who lives in the Houston area, writes novels, non-fiction, magazine articles, and musical comedies for the stage. The mother of four married daughters, she is quickly adding grandchildren to the family mix.

Carol Award winning author Kathryn Springer grew up in a small town in northern, Wisconsin. She credits her parents, who owned a weekly newspaper, for instilling in her a love for books--which eventually turned into a desire to tell stories of her own. Her "Love Inspired" debut novel, "Tested by Fire", was published in August of 2004. ýKathryn loves inspirational romance because she can combine her faith in God with her love for a happy ending!

Rachel Hauck is a multi-published author living in central Florida with her husband, Tony, a youth pastor. Rachel is the current president of the American Christian Fiction Writers.

Becky Wade is a graduate of Baylor University. As a newlywed, she lived for three years in a home overlooking the turquoise waters of the Caribbean, as well as in Australia, before returning to the States. A mom of three young children, Becky and her family now live in Dallas, Texas. Visit her website at www.beckywade.com. A

Amy Matayo won the American Christian Fiction Writers Genesis Award in the contemporary romance novel category for The Wedding Game. She lives with her husband and four children in Arkansas.<BR> A

Betsy St. Amant has a heart for three things - chocolate, red polka-dot shoes, and sharing the amazing news of God's grace through her novels. She resides in Louisiana with her hunky fireman husband and their toddler, who already enjoys telling stories. Betsy has a B.A. in Christian Communications, is multi-published in fiction and freelances for her local newspaper. When she's not writing, she can usually be found somewhere in the vicinity of a white-chocolate mocha.

Best-selling author Robin Lee Hatcher was born in 1951 and has written over 45 contemporary and historical novels. She has received numerous awards including the Christy Award for Excellence in Christian Fiction, the RITA Award for Best Inspirational Romance, and RWA's Lifetime Achievement Award. Her novel Catching Katie was named one of the Best Books of 2004 by the Library Journal. She is also the past President of Romance Writers of America, Inc. She currently lives in Boise, Idaho.