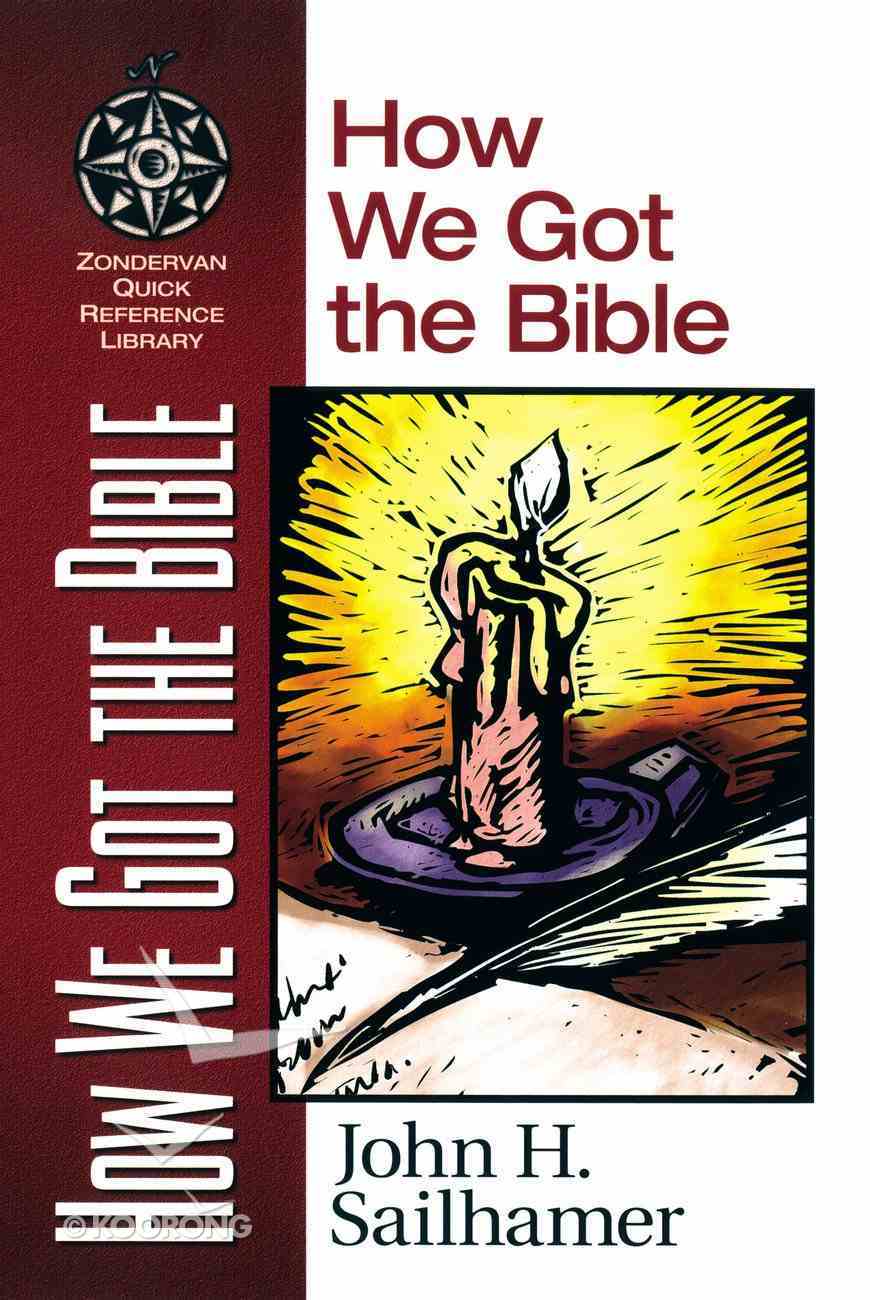 How We Got the Bible (Zondervan Quick Reference Library Series)

This is a series of brief reference books for laypeople designed to be read in units of one or two pages.

Greek Writing The New Testament is written in common Greek, called Koine. Greek was the international language of the first century, spoken throughout the ancient world as the language of business and commerce. The Greek of the New Testament was also greatly influenced by the language of the Greek translation of the Old Testament. About two hundred years before the birth of Christ, the Hebrew Bible was translated into Greek. This translation was called the Septuagint, meaning 'the Seventy.' It received that name from a popular story that this was the work of seventy scholars from Palestine, commissioned by Egyptian officials to translate the Old Testament for the famed library in Alexandria. Though there may be some truth to the story, in all likelihood it arose as an attempt to lend official recognition to the translation itself. To translate the Word of God into a language other than Hebrew was still a new concept in those days. The translation was definitely the work of Greek-speaking Jews who lived in Alexandria. They attempted to render the Hebrew text as literally as possible, yet they also wanted it clearly understood in Greek. The result was a Greek version of the Hebrew Bible whose language was greatly influenced by Hebrew. That is the type of Greek we often find in the New Testament. The same phenomenon can be seen in communities that still rely on the King James Version. Often in their speech and prayers one hears the familiar 'thee' and 'thou' of the King James Version. The Greek of the New Testament is noted for its precision of expression and wide range of vocabulary. Greek was especially adept at forming compound words. When the apostle Paul, for example, wished to express the unique origin of Scripture and its continued relevance in the life of the Christian, he coined the term theopneustos, a word that literally means 'God(theos)-breathed(pneustos)' (2 Tim. 3:16). Though the term had not been used before, it was clear to Greek readers what the term meant: Scripture has a life-giving quality that comes only from God. The New Testament authors used the full range of expression offered them through the Greek language. The language of the Septuagint also worked to their advantage, for many of the technical terms necessary for the development of Christian theology (e.g., 'redemption,' 'righteousness') had already been developed in that translation. The noun 'gospel' and the verb 'to evangelize' themselves were borrowed from the Greek Old Testament. The use of the Greek Old Testament in the New Testament also greatly helped the church to accommodate itself to the teaching of the Old Testament. Written Records Some of the data in the New Testament was in written form before being used by the New Testament authors. In the prologue to his Gospel, for example, Luke gives an account of how he came across the materials he used: 'Many have undertaken to draw up an account of the things that have been fulfilled among us, just as they were handed down to us by those who from the first were eyewitnesses. . . . Therefore, since I myself have carefully investigated everything from the beginning, it seemed good also to me to write an orderly account for you. . .' (Luke 1:1--3). Luke outlines three stages: (1) the 'eyewitness' accounts of the life and sayings of Jesus; (2) those accounts 'handed down to us' (middlemen, who wrote down those accounts); and (3) the Gospel writers. Luke is not clear how the first two stages occurred, but the study of the Gospels suggests that these were written documents. Most New Testament scholars believe an early collection of the sayings of Jesus circulated widely before the Gospels were written, though no such document exists today. It also seems apparent that Jesus himself never wrote anything, nor do we find any indication that his disciples recorded his words and deeds as they traveled. Nevertheless, from the fact that the words of Jesus existed and that they were not contested by the early church, we do know that someone somewhere had written down the events and teachings of Jesus at an early stage. In books other than the Gospels we find evidence of other types of written records. There are, for example, early 'confessions' or creeds of the church. Paul mentions a tradition that he passed on to the Corinthi-ans: 'Christ died for our sins according to the Scriptures, . . . he was buried,... he was raised on the third day according to the Scriptures' (1 Cor. 15:3--4). Such creeds were probably the centerpiece of early Christian worship. Songs sung in the early church were also an important written source for the New Testament authors (cf. Col. 3:16). Songs are recognizable by their poetic structure, some of which have been preserved in the New Testament (e.g., the hymn about Christ's humility in Phil. 2:6-- 11). We also find summaries of early Christian teaching. Paul may have drawn from such teaching when he enumerated the 'fruit of the Spirit' (Gal. 5:22--23). No doubt his letters contain segments of his own teaching and preaching. Some New Testament writers even made use of other New Testament books (cf. 2 Peter 3:15). There is compelling evidence that both Matthew and Luke used Mark's Gospel. Book Making The Egyptians had been making and importing a writing material called papyrus for several thousand years. Papyrus, made of the papyrus plant, was strong and durable and could be used to make scrolls up to twenty-five feet. A papyrus document was often wrapped around a decorated wooden staff, with the writing only on the inside. The scroll was held with the right hand and rolled with the left hand. When not in use it was kept rolled on the right side so that the beginning of the book was exposed. The contents of the scroll were noted at the end where they were most likely to be preserved.