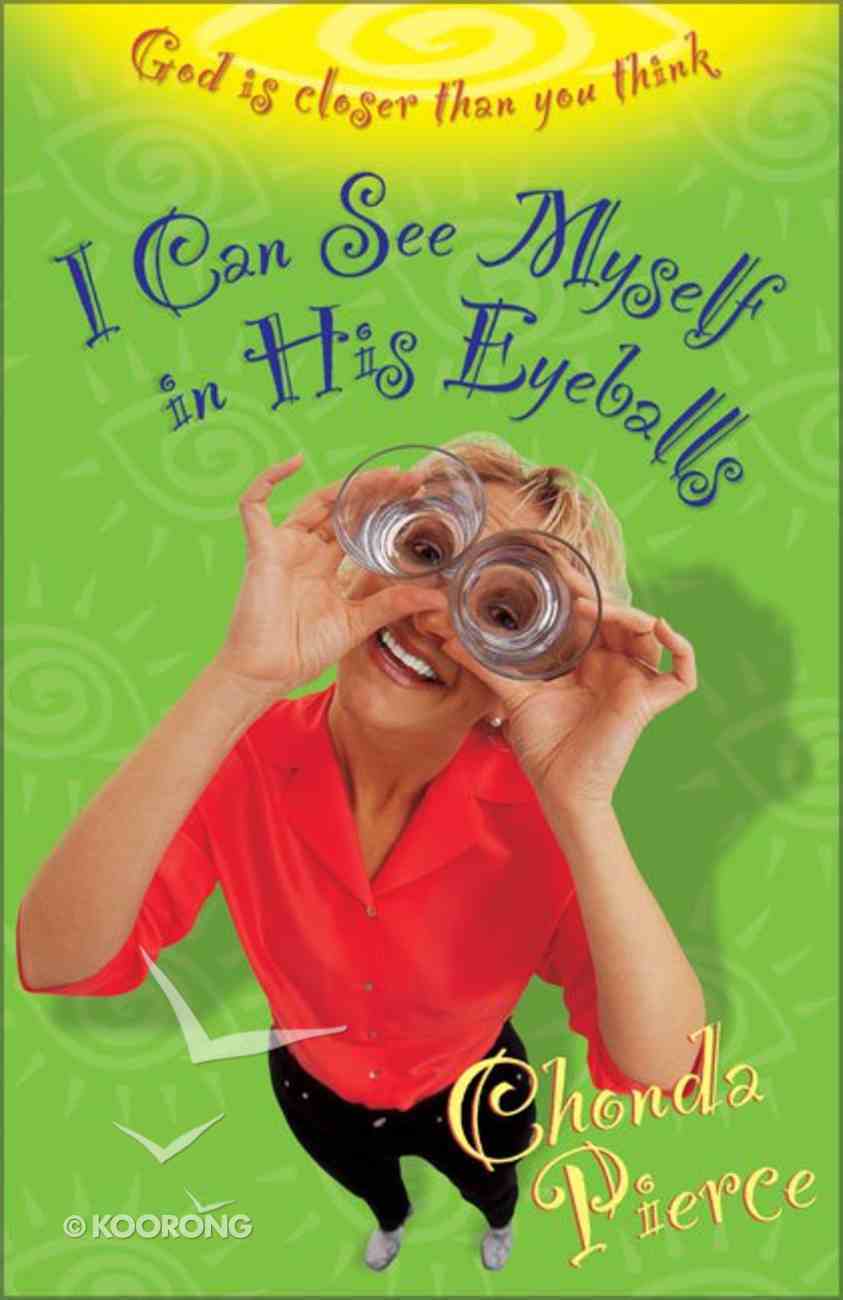 I Can See Myself in His Eyeballs

With her sense of Southern humor, Pierce invites readers to open their eyes and senses of humor as she teaches how to catch God at work, especially in the most unlikely places.

What on Earth Am I Here For? (The Purpose Driven Life Series)
Rick Warren
Hardback

Who is Jesus?: Knowing Christ Through His "I Am" Sayings
J V Fesko
Paperback

The Wisdom of Each Other
Eugene H Peterson
Paperback

With her sense of Southern humor, Pierce invites readers to open their eyes and senses of humor as she teaches how to catch God at work, especially in the most unlikely places.
-Publisher

What would it be like to get so close to God that we could see ourselves in his eyeballs? Not because we want to look at ourselves, but because we want to be that close to him--to the mysterious, wonderful, invisible God who reveals himself even in temptations, trials, and dangers. Can you see God when your husband gets a speeding ticket? What about when your daughter wrecks her grandfather's truck? Is he watching while you drive down the road in a Chevette held together by wire coat hangers? With her usual sense of southern humor, Chonda Pierce invites us to open our eyes and our sense of humor as she teaches us how to catch God at work, especially in the most unlikely places. Like the time she got her ears pierced--contrary to the advice of her mother. She walked out of the jewelry store, saw two nuns, took them as a sign from God, and never wore pierced earrings again. Chonda the comedian has touched thousands of women around the country, from stage or on video. 'To see or hear her is to love her,' is the unanimous response. But in her writing, Chonda brings a whole new depth of insight into her humor--humor that enables readers to dispel all gloom and experience the joy of the closeness of God in their everyday lives.
-Publisher

Chonda Pierce is a speaker, comedian, author, singer, preacher's daughter, wife, and mother of two. She is author of It's Always Darkest Before the Fun Comes Up and I Can See Myself in His Eyeballs, and she has performed on more than a dozen recordings. Chonda lives in Murfreesboro, Tennessee with her husband and two children. Visit her website at www.chonda.org.