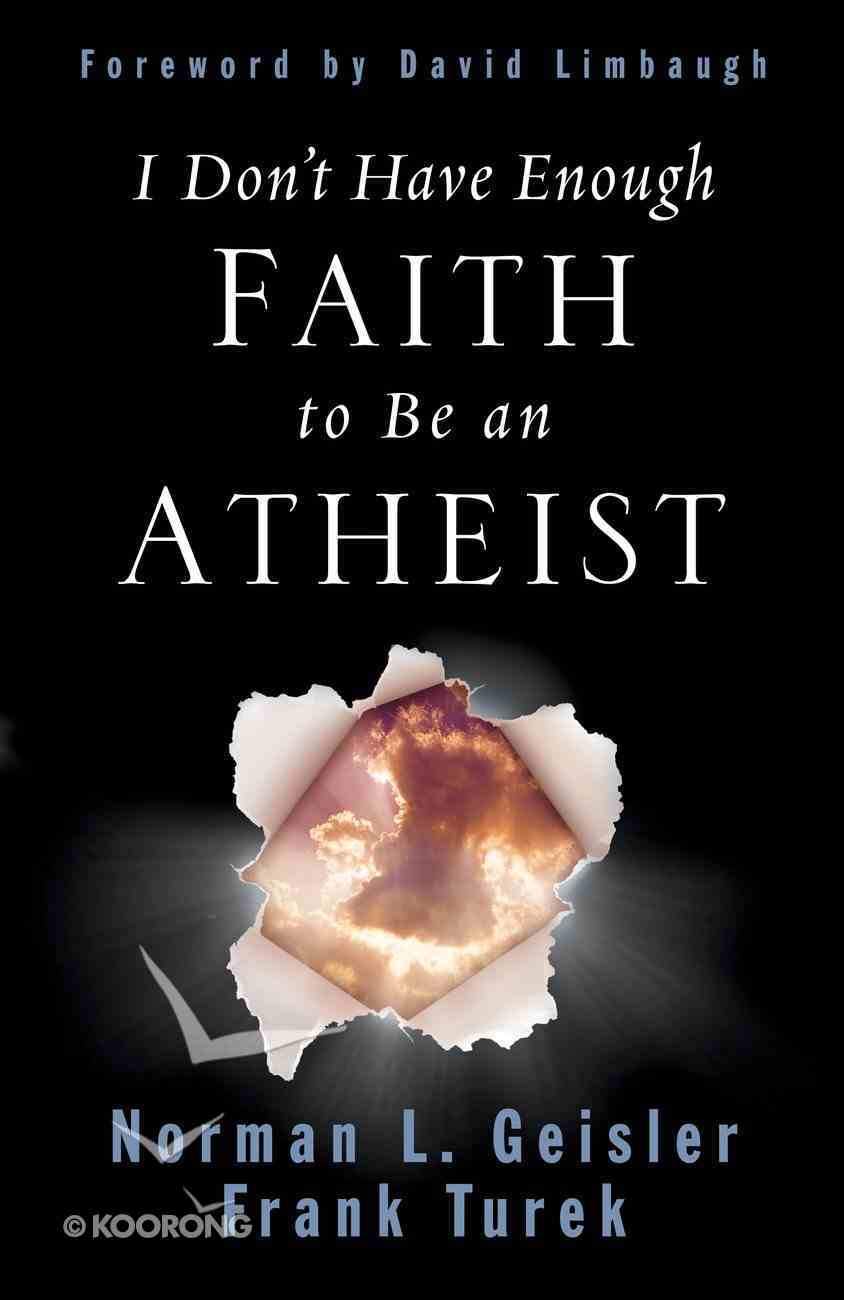 I Don't Have Enough Faith to Be An Atheist

All worldviews, including atheism, require faith. Believing anything requires some degree of faith, even if many adherents don't want to think so. I Don't Have Enough Faith To Be An Atheist argues that Christianity requires the least faith of all...

How to Be An Atheist (Foreword By J. P. Moreland)
Mitch Stokes
eBook

All worldviews, including atheism, require faith. Believing anything requires some degree of faith, even if many adherents don't want to think so. I Don't Have Enough Faith To Be An Atheist argues that Christianity requires the least faith of all because it is the most reasonable. In a logical, readable, non-technical, engaging style, Norman Geisler and Frank Turek lay out the evidence that the truth about reality is knowable, that God exists, and that the Bible is reliable. In this valuable aid for those interested in examining the reasonableness of the Christian faith, doubters of all sorts will find their objections answered and Christians will find their confidence in the faith strengthened.
- Publisher.

To some, the concept of having faith in a higher power or a set of religious beliefs is nonsensical. Indeed, many view religion in general, and Christianity in particular, as unfounded and unreasonable.


Norman Geisler and Frank Turek argue, however, that Christianity is not only more reasonable than all other belief systems, but is indeed more rational than unbelief itself. With conviction and clear thinking, Geisler and Turek guide readers through some of the traditional, tested arguments for the existence of a creator God. They move into an examination of the source of morality and the reliability of the New Testament accounts concerning Jesus. The final section of the book deals with a detailed investigation of the claims of Christ. This volume will be an interesting read for those skeptical about Christianity, as well as a helpful resource for Christians seeking to articulate a more sophisticated defense of their faith.

Frank Turek holds two Master's degrees and is pursuing a doctorate in apologetics at Southern Evangelical Seminary, where he serves as vice president. He has appeared on numerous television and radio programs including The O'Reilly Factor, Hannity and Colmes, and Politically Incorrect. His first book, Legislating Morality: Is It Wise? Is It Legal? Is It Possible? (coauthored with Norman Geisler) won the Evangelical Christian Publishers Association's Gold Medallion award as the best book in its category.