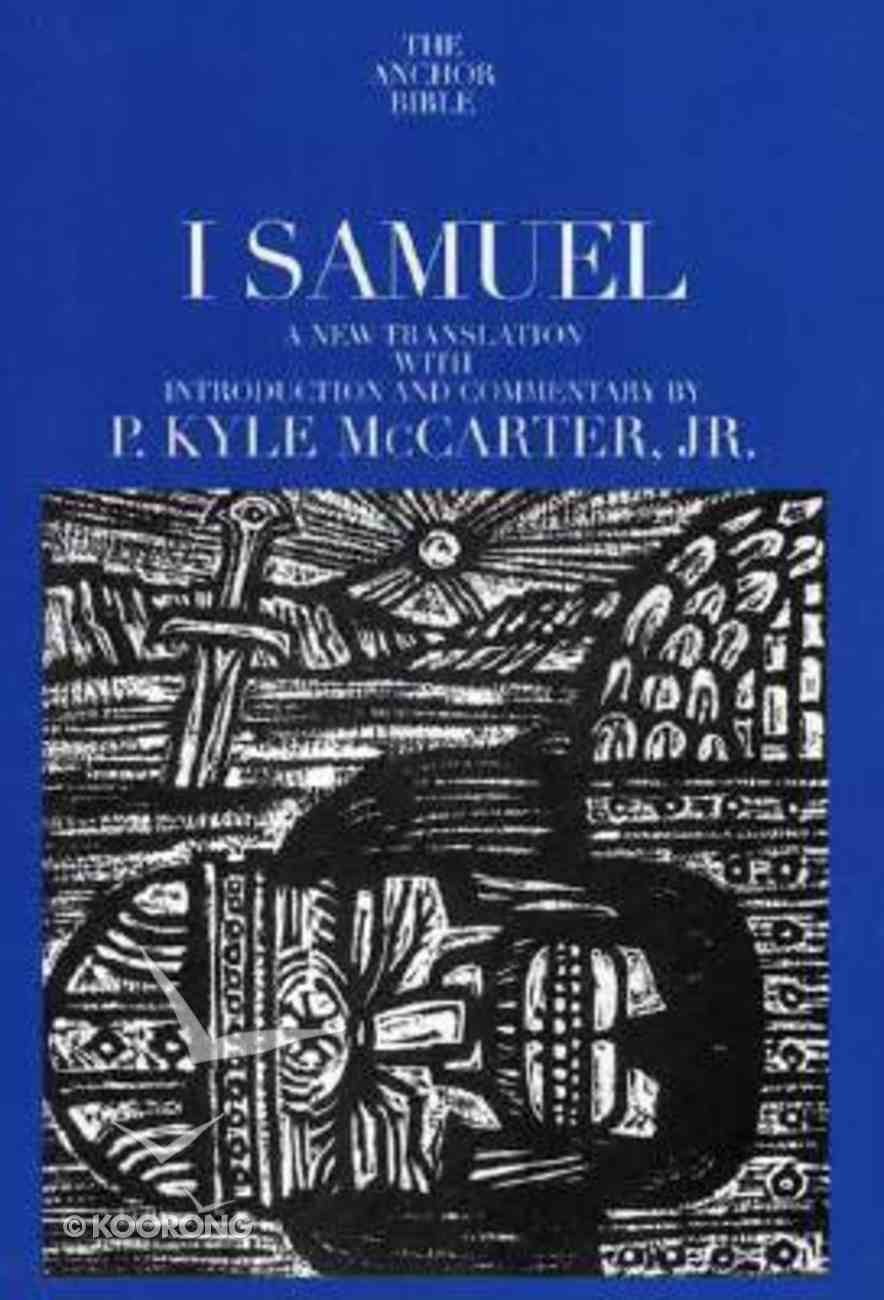 "I Samuel" is Volume 8 in the Anchor Bible series of new, book-by book translations of the Old and New Testaments and Apocrypha. In his series debut, P. Kyle McCarter, Jr., has written a volume of interest and value to...

"I Samuel" is Volume 8 in the Anchor Bible series of new, book-by book translations of the Old and New Testaments and Apocrypha. In his series debut, P. Kyle McCarter, Jr., has written a volume of interest and value to both the scholar and the general reader. McCarter's treatment of "I Samuel" consists of: "Introduction": review of the literary problems and historical circumstances surrounding the writing of the book. "Translation": fresh and authoratative, this new translation of "I Samuel" fully utilizes for the first time ancient manuscript fragments found at Qumran. "Textual Notes": for the scholar, technical information on the texts used in the translation. "Notes": for the untrained reader, descriptions of people, places, customs, and unusual features of the language. "Commentary": an explanatory summary of each passage of translation. "Maps": illustrating the book's dramatic events. "From the Hardcover edition."
-Publisher

The two books of "Samuel" narrate the establishment and expansion of the Kingdom of Israel. From Samuel's providential birth, to his appointment of Saul as Israel's first king, to the demise of Saul and the rise of David as his successor, "I and II Samuel" are filled with the stuff of Israel's everyday experience. Religious, political, economic, military, agricultural, and many other features of the Middle Eastern landscape populate this sacred narrative.A through analysis of textual and literary sources, as well as an examination of the larger ancient Near Eastern context of the period, leads P. Kyle McCarter, Jr., to descriptions of the people, places, customs, and noteworthy features of the language of "I Samuel". For McCarter, a key issue is accounting for the historical circumstances that led to the composition of the books of "Samuel". In dialogue with major schools of thought pertaining to the origin and transmission of "I Samuel", the author offers his scholarly opinions on its composition. McCarter presents a unique new translation based upon the latest and most extensive textual sources available, including scrolls and fragments from Qumran. Furthermore, he disentangles the complicated textual history of "Samuel".
-Publisher

Gene M. Tucker is professor of Old Testament emeritus at Candler School of Theology, Emory University. Mays, Miller, and Tucker are all past presidents of the Society of Biblical Literature.