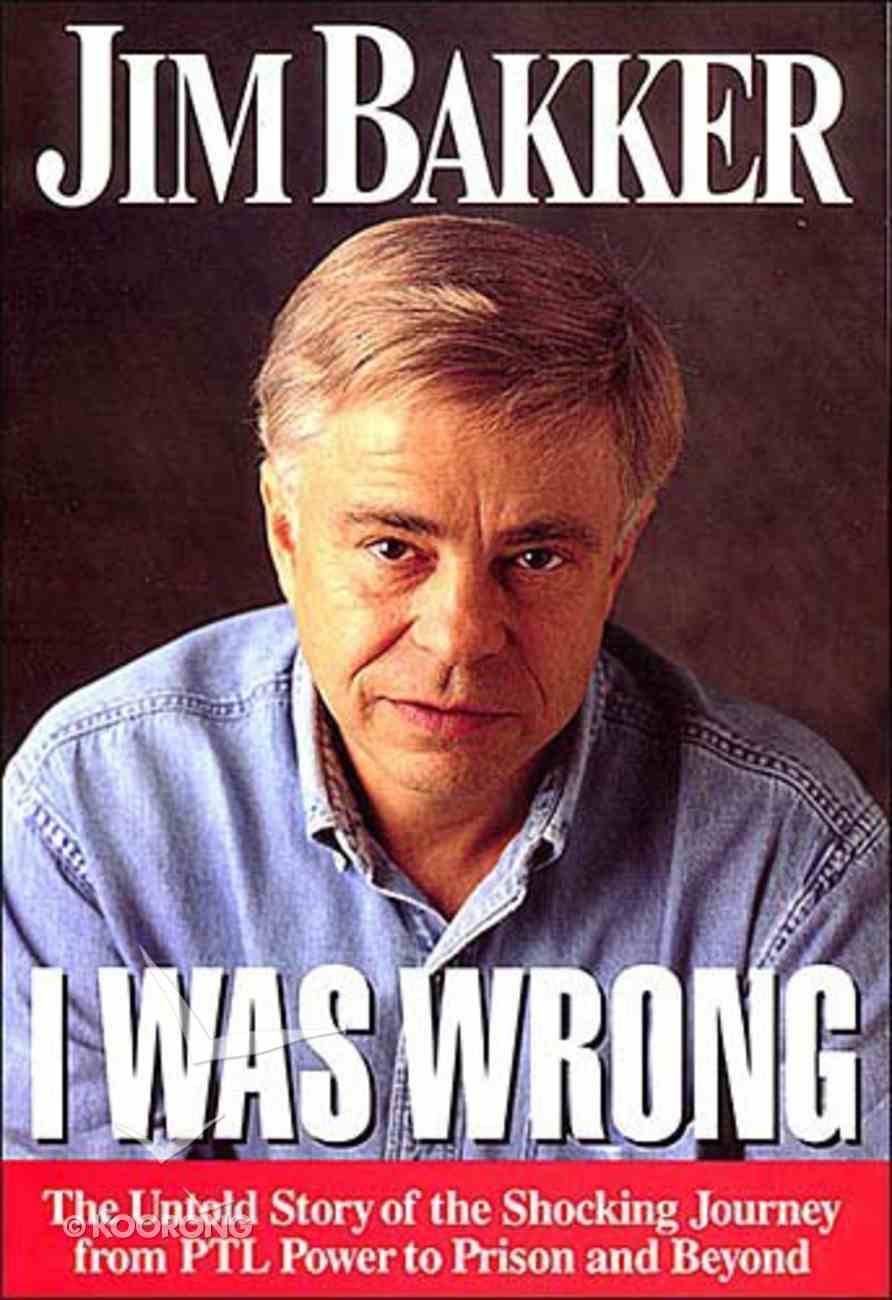 Televangelist Jim Bakker lost everything: his 'empire', his reputation, and his wife. His story will challenge you to put God first. Bakker shows us that God will use extreme measures to get our attention and draw us to himself. 466...

1 available
Free Shipping
for orders over $99.

The Mission Walker: I Was Given Three Months to Live....
Edie Littlefield Sundby
Hardback

Rewired: An Unlikely Doctor, a Brave Amputee and the Medical Miracle That Made History
Ajay K Seth, Robert Suggs
Hardback

A Brave Face: Two Cultures, Two Families and the Iraqi Girl Who Bound Them Together
Barbara Marlowe, Teeba Marlowe
Hardback

Televangelist Jim Bakker lost everything: his 'empire', his reputation, and his wife. His story will challenge you to put God first. Bakker shows us that God will use extreme measures to get our attention and draw us to himself. 466 pages, from Nelson

The former televangelist and head of PTL describes his fall from power, the hostile takeover of PTL, his time served in prison for defrauding his followers, the breakup of his marriage, and his renewed faith in God.
-Publisher

The loss of Jim Bakker's empire, his money, his home, and his reputation in the two years leading up to his imprisonment in 1989 was only the beginning. In prison, he was to lose even more - his freedom, his sanity, his dignity, his confidence in his faith, and eventually even his wife. Inmate 07407-058, one-time confidant to presidents, had hit bottom. Jim Bakker was wrong about many things. Exactly what they were and how he came to confess them will surprise and inspire you. This is his story.
-Publisher

Bakker is the former president and founder of Heritage Village Church and Missionary Fellowship. He works in the inner-city areas of Los Angeles. He continues to be actively involved in a restorative ministry to pastors, and spiritual leaders.